From the archives: amaBhungane and Scorpio #GuptaLeaks – The Dubai Laundromat – KPMG saw no evil at wedding 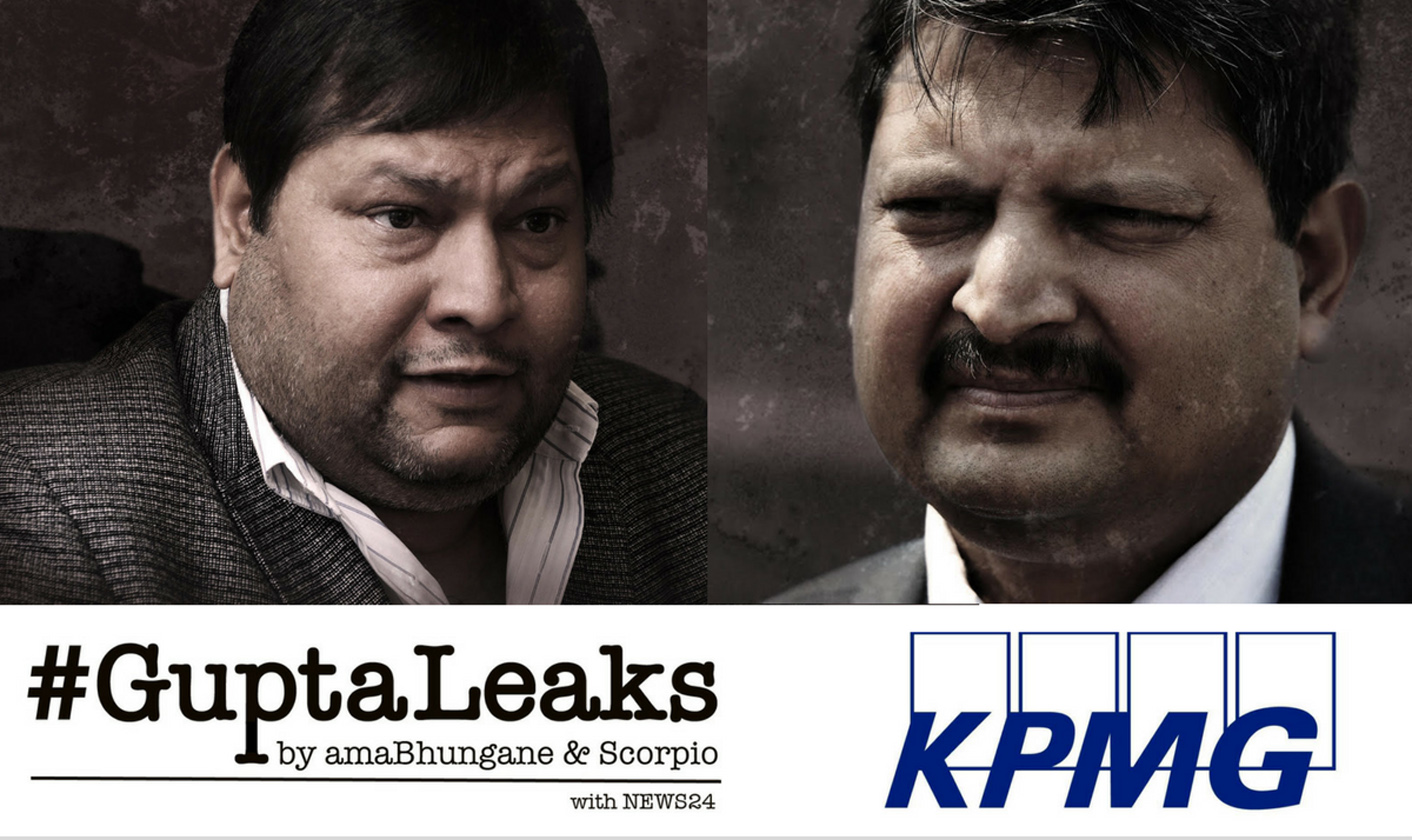 KPMG saw no evil at the Guptas’ Sun City wedding. They audited the Gupta company that laundered the cash for the nuptials – and went to the wedding. By AMABHUNGANE and SCORPIO.

While auditors are supposed to be independent, the Guptas’ cosy relationship with KPMG’s then chief executive and the KPMG partner directly responsible for their audit begs the question why South Africans are only now learning about the public funds behind the Guptas’ notorious Sun City wedding. (See also The Dubai Laundromat – How millions milked from Free State government paid for Sun City wedding)

Rather than being an independent watchdog, KPMG’s dealings with the Guptas leave the impression that the auditor was the family’s lapdog.

Regarding the Sun City nuptials paid, KPMG Africa’s top executive Moses Kgosana gushed to Atul Gupta, “My wife and I were privileged to attend and enjoyed every moment and every occasion. I have never been to an event like that and probably will not because it was an event of the millennium.”

In response to our inquiries, KPMG stated that it was “satisfied that at no stage was [its] independence impaired”.

But due to confidentiality constraints, it said, “we cannot respond to your questions and request that you direct the same to our former client”. It cut ties with the Guptas last year.

The Guptas did not answer our questions.

Further email correspondence shows that KPMG, as Linkway’s auditors, were well aware of many of the key details surrounding the “event of the millennium” for years. For instance, KPMG possessed the four-page itemised invoice of wedding expenses the Guptas’ Linkway sent to the Guptas’ Accurate Investments in Dubai.

Despite the fact that both Linkway and Accurate are beneficially owned by the Guptas, Linkway’s financial statements, audited by KPMG, do not consider Accurate to be a related party.

The importance of a technical accounting term, such as “related party”, may be unclear to many.

Auditors’ heightened scrutiny of related-party transactions is designed to prevent self-dealing on non-market terms – an effect of which could be to artificially manipulate income to evade taxes.

For example, to do just that, a company could sell Mercedes to its shareholder for R100,000. The R900,000 “loss” from this sale could be offset against the company’s income, thereby artificially lowering the company’s taxable income by an equivalent amount.

If the car sale were to a bona fide third party, perhaps the loss could be explained by other factors – a fire sale driven by a company’s desperation to raise cash. Such a transaction with a related party, however, should raise an auditor’s antennae and invite further examination.

In the case of Linkway and the wedding expenses, one Gupta company, Linkway Trading, “paid” for the wedding expenses; then was “reimbursed” by the supposedly unrelated Accurate Investments. KPMG offered no explanation in Linkway’s audited financials as to why a supposedly unrelated third party in Dubai would pick up the Guptas’ R30m wedding bill – or why a wedding was a bona fide business expense, for that matter.

The net effect of this accounting sleight-of-hand is that not only was the wedding effectively paid for from funds diverted from the Free State government’s coffers; the Guptas paid no income tax on this windfall. This income was offset Linkway’s expenses, resulting in Linkway’s receiving zero taxable income from its Free State windfall.

It is also unclear why KPMG allowed this income to be offset against Linkway’s wedding-related “business” expenses considering the objections of a junior auditor at KPMG.

In an email to Jacques Wessels, the KPMG audit partner responsible for Linkway’s financial statements, the junior auditor remarked: “We are of the opinion that these [wedding-related] costs are most probably not in the production of Linkway’s income.”

In other words, the junior auditor doubted that the Gupta niece’s wedding had anything to do with Linkway’s ostensible business, thus begging the question why the wedding was accounted for as a business expense in the first place.

The junior auditor’s objections, however, appear to have fallen on deaf ears.

Notably, the junior auditor was not among the high-ranking KPMG delegation at the Sun City wedding, which included KPMG’s then-chief executive Kgosana, as well as Wessels.

Wessels later certified that “the financial statements present fairly, in all material respects, the financial position of Linkway”.

KPMG said this week: “We stand by our work and audit opinions issued.”

KPMG’s position notwithstanding, perhaps South African taxpayers will be the ultimate judges in deciding the fairness of Linkway’s paying only R55,799 in taxes despite receiving R30-million of the Free State government’s cash via Dubai.

The standard corporate income tax rate assessed by the South African Revenue Service, as noted in Linkway’s financials, is 28%. Hypothetically, on R30-million profit should have attracted R8.4-million in tax.

One party involved in the wedding cash flows between South Africa and Dubai, Standard Chartered, admitted this week that it terminated its relationship with Gupta front companies shortly after these transfers were made, noting, “We are not able to comment on the details of client transactions but confirm that these accounts were closed by us by early 2014.”

The bank continued, “Standard Chartered takes its responsibility to combat financial crime very seriously and is fully committed to doing business in accordance with local and international regulatory and legal requirements.”

Additional correspondence penned by KPMG’s Kgosana and Wessels raises further questions about KPMG’s relationship with the Guptas long after alarm bells had sounded at Standard Chartered.

In one such email also copied to Wessels, chief executive Kgosana sought Atul Gupta’s advice on dealing with media “miscommunication” and took the opportunity to back the Guptas’ denials of wrongdoing.

“I am aware of how you and Ajay have suffered miscommunication on other platforms [Daily Maverick] accused of wrong doing that you knew nothing about and it is with this knowledge that I seek your views and advice,” Kgosana remarked.

In the wake of revelations in March 2016 that the Guptas had offered ministerial posts to three ANC MPs, KPMG apparently again sought to sound out the family’s media strategy, writing to Oakbay chief executive Ronica :

“The past week has been a blood bath and does not bode well.”

“Not sure if there is a response or strategy to the current media spike around 3 different ministers/deputy ministers or ex MP’s who have made statements that Family offered them jobs.”

“One also linked the offer to a financial favour.”

“Not sure if the family will be called to ANC or Parliament to discuss/explain??”

In response to our queries, KPMG insisted, “Wessels, at that time wanted to know whether the client was going to respond to the allegations in the media and what the response was going to be. It was certainly not to solicit PR advice or to seek to share a media strategy as alluded to in your mail.”

It is unclear from KPMG’s response whether such communications between KPMG and its independent audit clients are commonplace. DM