Analysis: What does the T20 Global League mean for cricket in South Africa? 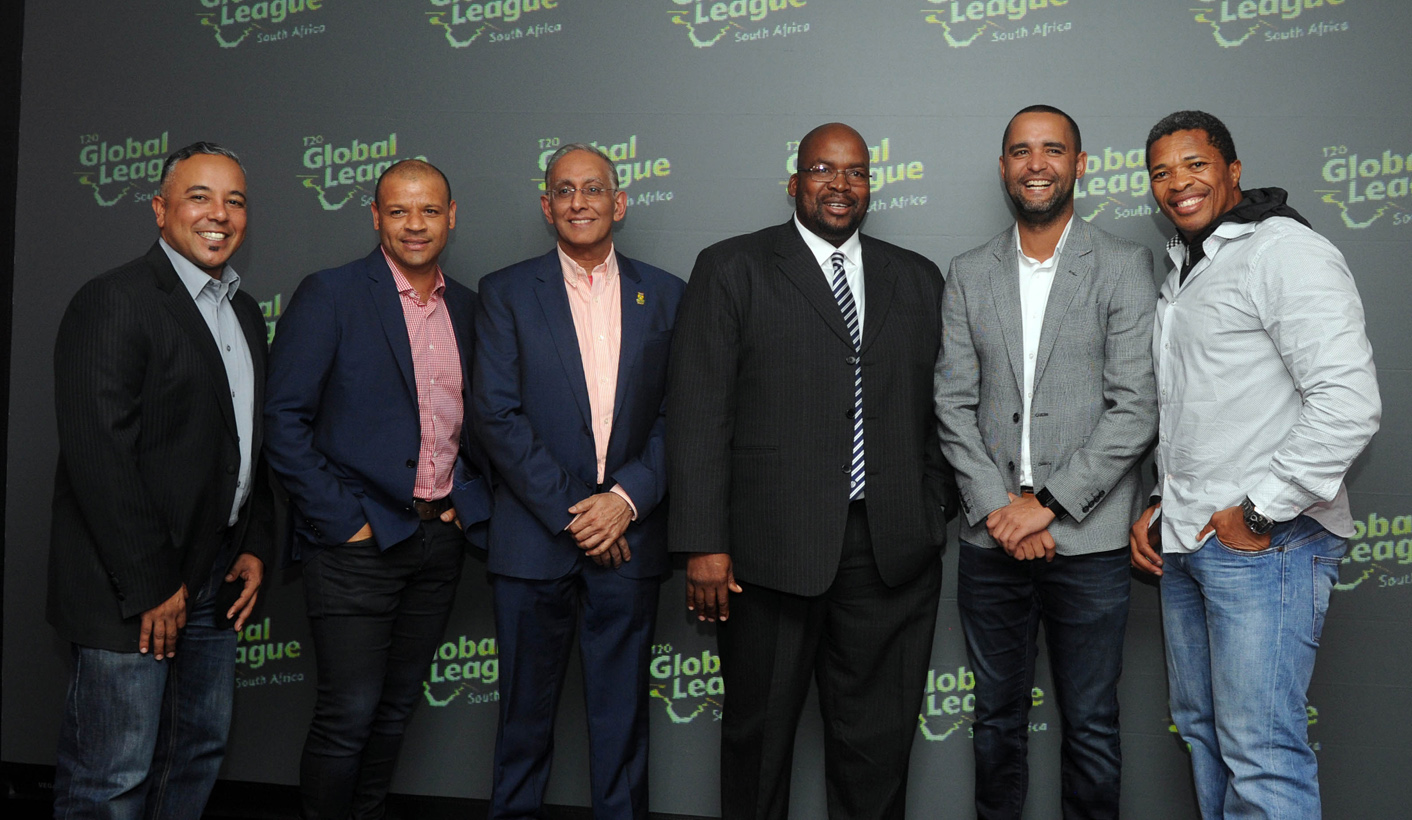 Cricket South Africa’s T20 Global League is promising a lot, and while details are still being ironed out, it has grand plans for changing South Africa’s cricketing landscape. By ANTOINETTE MULLER.

All around the world, T20 is all about glitz, and Cricket South Africa’s shiny new T20 Global League plans to be no different. It was officially launched in London on Monday and while there wasn’t as much glitz and glam as you’d usually expect from these sorts of things, Mr Razzmatazz must be wishing he was still minister of sport and mostly recreation. His successor apparently turned down the invitation.

The tournament will take place in November and December in this year. For traditionalists, it’s the kind of thing that will make you slump in despair, but in the greater context of cricket in South Africa, it’s a critical move.

It has been a long process and in the current economic climate it’s a big risk. But if cricket is to survive in South Africa – and if the country hopes to retain its top players – it is critical that this tournament is a success. This is far easier than it sounds.

The cricket calendar is becoming increasingly congested with a new T20 league mushrooming seemingly every year. As we have seen with Super Rugby’s ever expanding fixture list, this can lead to sporting fatigue. And this league will feature many of the same players as many of the other leagues do.

It does, however, offer CSA an opportunity to engage directly with the country’s fans. Getting bums on seats will have to be a critical part of that engagement as will getting the tournament out there on TV and radio.

Little is known about broadcasting at this stage, with CSA simply saying discussions are “ongoing”. But having this tournament on the local broadcaster’s airwaves should almost be a non-negotiable. The country’s biggest audience is available on those networks. Cricket is already streets ahead of any other sporting body in this country in terms of catering for a broad audience – offering its website in English, Afrikaans and isiXhosa – so there is no reason why its premier tournament should not be an engagement with fans in the same way.

This reach and the value it generates will be crucial in ensuring the financial success of the tournament. And it is that financial success that will determine the future of cricket in the country. Crucially, financial success means that there is incentive for so-called fringe players who might otherwise be tempted into signing Kolpak contracts to stick it out in the South African domestic system.

More important, the long-term security that signing for a team can offer players could very well negate the effect of a county contract for players like Kyle Abbott, Rilee Rossouw, Stiaan van Zyl and others who have departed recently.

Behind closed doors, many who pack their bags for county cricket will admit that the toil can be brutal. Long-term contracts require players to play all three formats. While the coloured clothing stuff is perfectly fine, the four-day circuit in the United Kingdom can be tough. The season is long, the days can be even longer once the rain sets in and the weather can be miserable.

Swap all of that for a T20 contract on home turf with better weather and that costs the same and this league could very well help slow the player drain.

Little is currently known about the sponsorship agreements – no title sponsor has been announced yet – or how much freedom teams will be given in terms of acquiring their own, but with the cost of running a team expected to be close to R100-million a year, owners will try to explore every revenue earning opportunity available to them.

Then there is that old transformation chestnut. At the launch on Monday, when Sushil Kumar – one of the team owners – was asked about it, he didn’t seem to have a clue what he was talking about.

While ticking boxes for the sake of doing so does no one any favours, as the stats from the past domestic season show, it remains a critical part of South Africa’s discourse.

CSA say that there won’t be “specific targets” in place for the league, but they have “asked owners to be mindful of it”.

The team owners are excited by our RPCs and hubs and they want to take some of that back to their own countries. That sort of cross-pollination can only be good for the development of the game.

“In the seventh year, there will be a review based on key performance indicators and we reserve the right to cancel the agreement with an owner if they don’t meet those, and transformation is part of that,” CSA CEO Haroon Lorgat explained.

For a governing body that has taken a hard-line stance on transformation – and considering the exposure the league is likely to get – it seems a somewhat soft approach to something they have had great success with in recent times.

CSA is confident that there are enough black players in the talent pool (over 400 have registered their interest to go into the first draft in August) to make up the numbers organically. Whether that happens, only time will tell.

Every franchise will, however, be obliged to adopt and fund a hub in their area. Those franchises will have to make a substantial financial contribution to that hub. From a grassroots perspective, this is a solid move, but in terms of greater representation, it feels like the league is coming up short on transformation.

Despite having played just a handful of internationals between them, both players are synonymous with cricket in the Eastern Cape and having one or both on the bill for the Port Elizabeth team would have been a solid move.

And, although there were two South African owned franchises, none of the owners were black African. Whether that’s down to lack of interest or lack of trying is not clear at this point.

One thing is clear, however. If this league grows to be as successful as some of its global counterparts, it could change the cricket landscape in the country for both professionals and at grassroots level. Who it benefits most, though, will be an intriguing question to answer. DM