WHO DG: New head ‘Dr Tedros’ has his work cut out for him 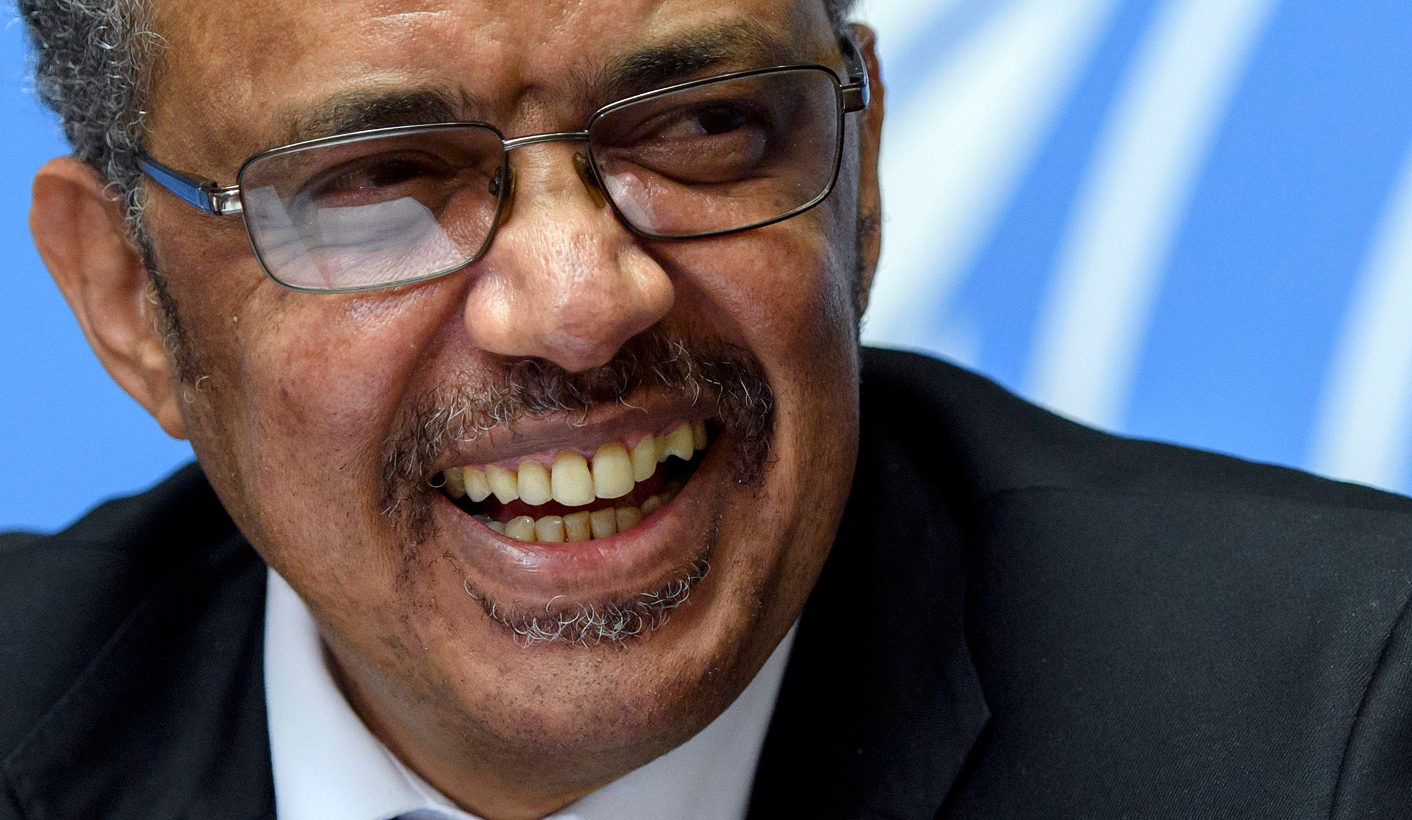 For the first time since its establishment in 1948, an African will be heading the World Health Organisation. It's now up to Ethiopia’s “Dr Tedros” to overhaul the lumbering but vital institution, writes KRISTEN VAN SCHIE.

Former Ethiopian health minister Tedros Adhanom Ghebreyesus was elected this week to the top job in health – director-general of the World Health Organisation (WHO).

It’s the first time an African has held the post. And by all accounts, the malaria expert – who radically overhauled his country’s health system and drastically cut down child mortality and HIV infections – seems the man for the job.

UNAids called “Dr Tedros”, as he’s known, “a driving force for change”, while the UN Foundation said he was a “visionary leader” and “skilled diplomat”.

But the job ahead is so broad that in a piece penned this week for the medical journal BMJ by Chelsea Clinton and Edinburgh University’s Global Public Health chair Devi Sridhar, the authors said step one for Tedros must be prioritising just what WHO should be doing – and what it should not be doing.

“WHO must clarify what it will not focus on and how it will support other actors – state, intergovernmental, non-governmental, and foundations – who are already tackling those issues,” they write.

A crucial task for the 52-year-old politician will be restoring the reputation of the organisation after its fumbling of the 2014 Ebola epidemic in West Africa that killed 11,000 people.

WHO was roundly criticised after waiting four months to declare the situation an emergency, even as doctors on the ground begged for support while the disease jumped border after border.

Jens Pedersen, humanitarian advisor for Medecins Sans Frontieres (Doctors Without Borders) in South Africa, said that in this sense having an African director of WHO was “very positive”.

“The need for change that is so inherent with regards to WHO comes to expression mostly in Africa,” Pederson told Daily Maverick.

Despite reforms introduced after the disastrous Ebola episode, Pederson said a similarly sluggish response was seen during a Yellow Fever outbreak in Angola and the Democratic Republic of Congo last year.

“It’s clear that things need to change and of course we hope that the new director is the man to do so,” he said.

Securing funding for emergency response will be vital.

Come 1 July, Tedros will be heading a $2-billion budget – made up of taxpayer money from its 194 member states. And he’ll have to account for how that money is spent.

Just days before the globe’s health ministers voted at the World Health Assembly in Geneva, an Associated Press report revealed that WHO spent more on travel expenses in a single year than it did on “Aids, tuberculosis and malaria combined”.

Meanwhile, a paper published last week in medical journal The Lancet noted that WHO’s emergency programmes “face an annual shortfall of $225-million in funding their epidemic and pandemic prevention and control activities”.

“Tedros will have to ensure that WHO’S new emergency programme is fully funded and operational to ensure the agency can respond quickly and effectively when the next novel outbreak hits,” Georgetown University global health law expert Lawrence Gostin told Daily Maverick via email.

It’s here that Dr Tedros’ previous work as a politician – first as Ethiopia’s health minister from 2005 and later from 2012 as the country’s foreign minister – may prove useful.

He also chaired the board of the Global Fund to Fight Aids, Tuberculosis and Malaria from 2009 to 2011, where he “raised record-breaking resources”, according to his CV.

Changing the culture within the organisation “requires that the new director takes a strong position with and towards the member states”, added Pederson.

“Ultimately, it’s member states via funding but also via policies that drive the WHO trajectory,” he said.

Campaigning on a wide-ranging platform that including universal health coverage, Tedros won out against Pakistan’s Sania Nishtar and the United Kingdom’s David Nabarro.

He replaces China’s Margaret Chan, who has held the post since 2006.

The election took an ugly turn in the final weeks when Gostin himself – an advisor to Nabarro – said that the African Union-backed Tedros had covered up cholera epidemics in his home country.

And while Tedros still came out tops after Tuesday’s vote, taking a definite stand on human rights was vital, Gostin told Daily Maverick.

“Ethiopia has a dismal human rights record,” he said. “Dr Tedros would gain a great deal of credibility among civil society organisations if he powerfully advocated for human rights and the right to health. I would urge him to make this a key priority.” DM

Photo: Ethiopian politician Tedros Adhanom Ghebreyesus, newly elected director general of the World Health Organisation (WHO), answers questions of the journalists about his election at the European headquarters of the United Nations in Geneva, Switzerland, 24 May 20 Photo: EPA/Martial Trezzini