Theatre review: Hamlet moors off the coast of southern Africa 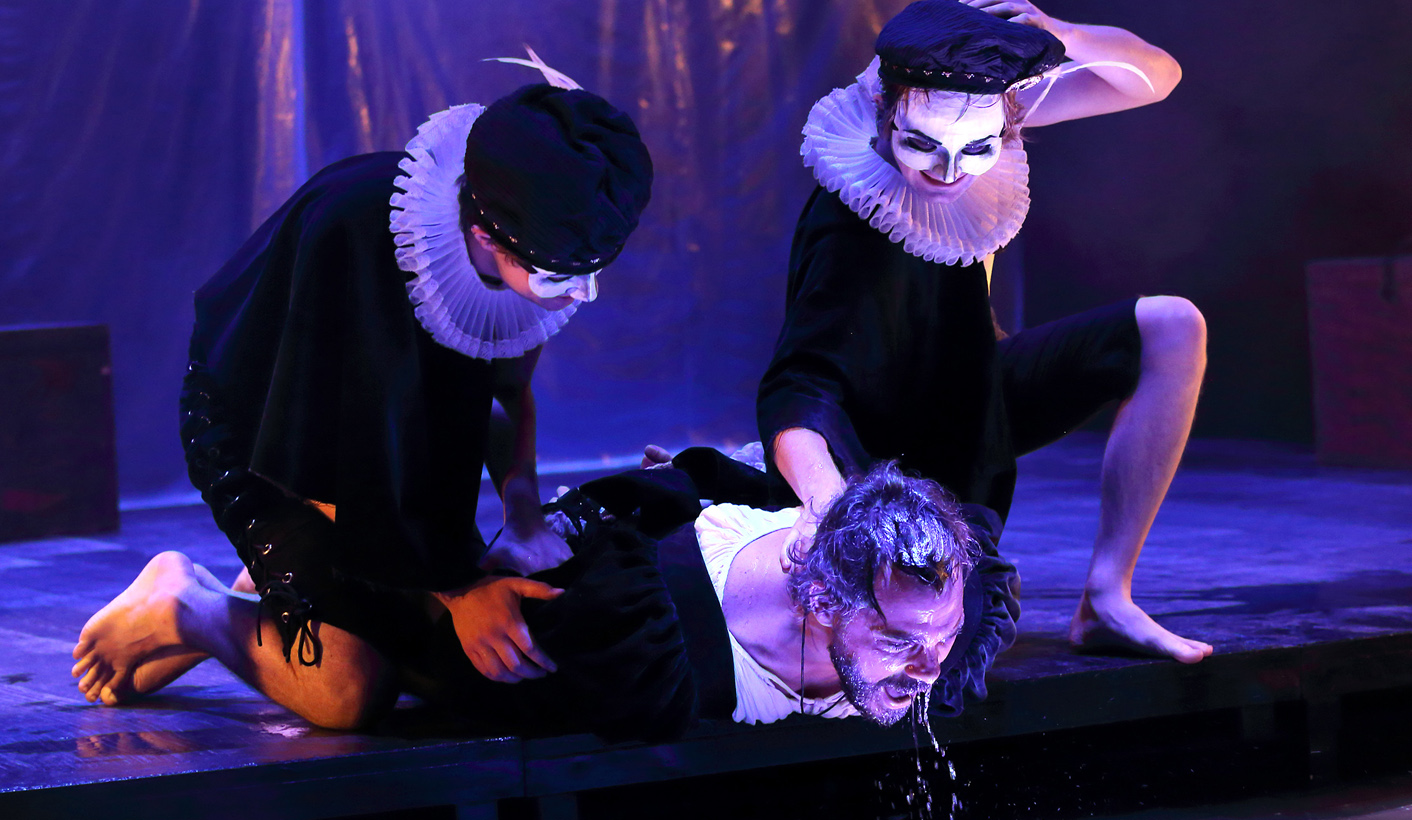 This Shakespearean epic is a demanding piece for the audience as well as the actors, and the production playing at Montecasino is free from any gimmicks or modernisation that might add allure. By LESLEY STONES.

It’s a brave move, staging Hamlet at a time when theatre audiences have become more used to the fluff and fun of musicals and lightweight comedy.

This Shakespearean epic is a demanding piece for the audience as well as the actors, and the production playing at Montecasino is free from any gimmicks or modernisation that might add allure.

It’s one for the diehard Shakespeare fans, for people prepared to listen and focus on every line, to admire the craft of the writing and the art of the actors, for almost three hours of intensity.

Director Fred Abrahamse, who also designed the set and the lighting, envisions a performance of Hamlet in 1608. The crew of the ship the Red Dragon are moored off the coast of what is now South Africa, and perform Hamlet on board to keep themselves from idleness. Abrahamse puts us on deck, with billowing sheets as sails and the eerie creaking and groaning of a ship moored in the dead of night.

We watch a play within a play as the sailors are handed their lines and begin to strut their parts.

The six strong actors are all adept at switching between several different roles, and the compact nature of the show makes it relatively easy to follow the plot.

For a quick recap, Hamlet’s father, the king, has been murdered by his brother, Claudius, who immediately marries the widowed Queen Gertrude to take the throne for himself. Hamlet encounters the ghost of his dead father and swears to extract revenge.

Marcel Meyer makes a fabulous Hamlet, friendly and jovial, then intense and tormented, but never giving way to histrionics. His clear and considered enunciation makes the soliloquies mesmerising. Michael Richard as King Claudius speaks with the command and authority of a veteran actor, but his speed and familiarity with the text sometimes sees the sentences coming out a little too quickly for anyone less familiar with the lingo of the day.

Dean Balie is a steady hand as Polonius and Horatio, while Jeremy Richard as Laertes, Matthew Baldwin as Ophelia and Callum Tilbury as Queen Gertrude are also convincing and utterly watchable.

The stage set is fairly minimal, as it would be on a ship, with a water trough around the edge that breaks up the levels and provides a handy dunking pool or waterway for ghostly perambulations.

The costumes designed by Meyer are excellent – nothing over-the-top that a crew in the 1600s couldn’t have achieved, and perfect for the period. There’s good use of sound effects and atmospheric music too.

Overall, this Hamlet has gone back to the roots where the word is the thing and success hinges on the skill of the actors, not the extravagance of the design or the brashness of a reimagining.

The staging is solid, rather than exciting, and several seats remained empty after the interval. It’s going to be a hard sell, I’m afraid. DM

Hamlet runs at Montecasino Theatre until May 21. Tickets from Computicket.