DRC: A tale of two corpses 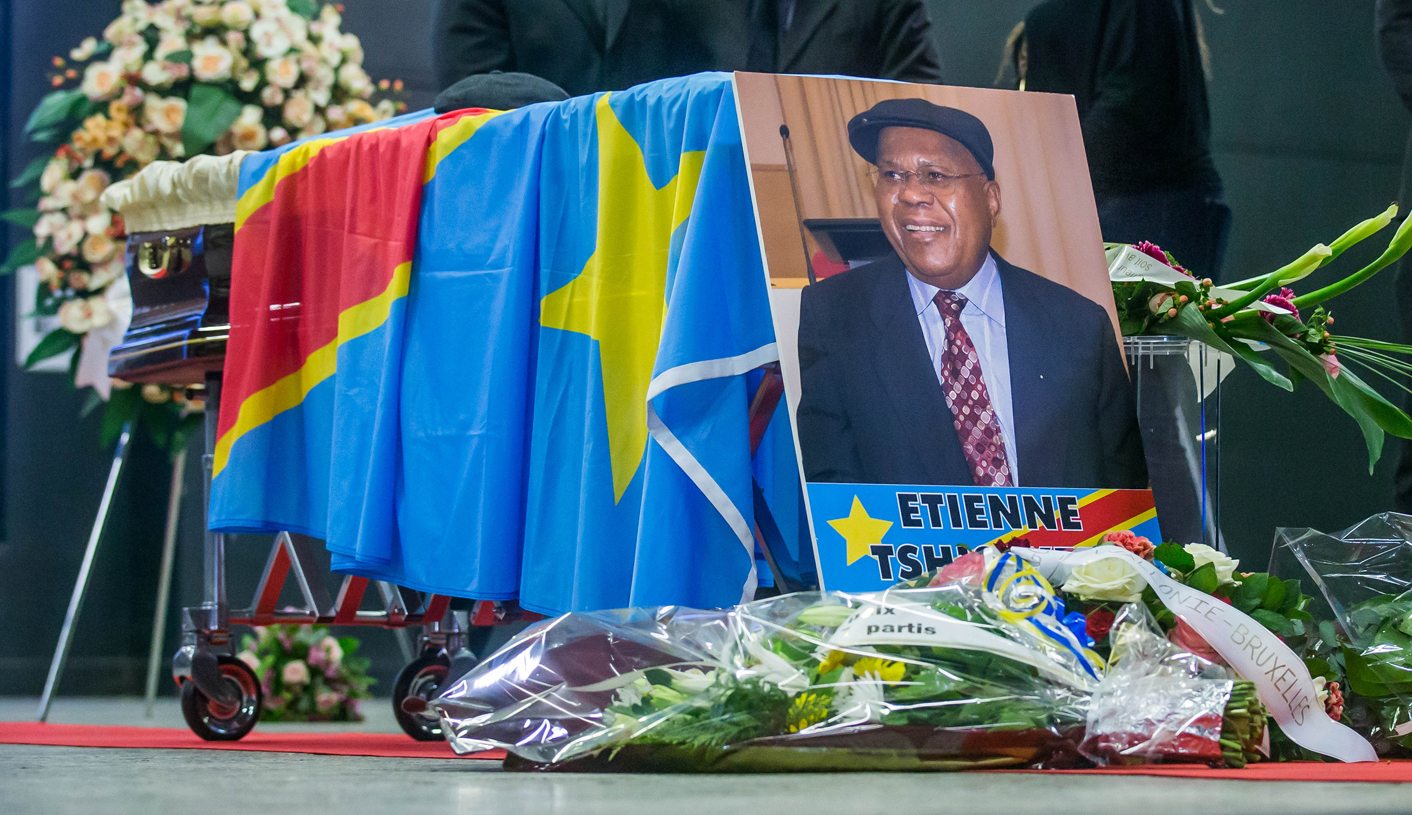 In the Democratic Republic of Congo, President Joseph Kabila’s enemies are just as much trouble dead as alive. By SIMON ALLISON.

In the refrigerator of a Brussels mortuary lies the corpse of Etienne Tshisekedi. The veteran Congolese opposition leader was 84 when he died in a hospital in February; nearly three months later, his body is yet to return home.

Somehow – perhaps unsurprisingly, given his long involvement in Congolese politics – the fate of Tshisekedi’s body has become embroiled in the fate of the country he so desperately wanted to lead.

“Tshisekedi’s death was a shock and a surprise and has completely changed the political game in the DRC,” said Stephanie Wolters, an analyst from the Institute for Security Studies.

Just weeks before his death, Tshisekedi had helped to negotiate a deal with the government. Brokered by the Catholic church, the deal was a good solution to the country’s political impasse. It provided for new elections to be held before the end of 2017; for President Joseph Kabila to finally step down, and for a transitional government to rule until then. Kabila would remain president during the transition, with a politician from the opposition Rassemblement coalition selected to run the government as Prime Minister. Although it was not yet formalised, it was obvious that Tshisekedi would take the Prime Minister’s slot, and that his appointment would be acceptable to the broad range of political entities within Rassemblement.

But in Tshisekedi’s absence, that opposition is beginning to fracture. His anointed successor, his politically inexperienced son Felix Tshisekedi, is struggling for acceptance. Kabila, meanwhile, is taking advantage. The president appointed Bruno Tshibala, an opposition leader from a different faction, as Prime Minister – angering the rest of the Rassemblement coalition.

“Tshisekedi’s death was a gift to the government in some ways, as it could simply watch as this [previously] well organised opposition started to fight amongst themselves and fall apart in the aftermath of his death… [The new Prime Minister Tshibala] is a defector from Rassamblement, which means that Rassamblement is not likely to want to join a government formed by him. When he does form a government, it will lack credibility and legitimacy. We had the potential for an inclusive scenario, now we have an exclusive scenario run by the presidential elite with a few opposition politicians that have defected,” said Wolters.

So strained have relations between the government and the opposition become that even Tshisekedi’s corpse has become a point of contestation, and a major headache for Kabila.

The government wants to control the funeral arrangements tightly, preferably in Kinshasa, where it can prevent the funeral from turning into a potential rallying point for the opposition. Tshisekedi’s family, meanwhile, wants the body returned to the Kasai region, where he is from, for burial there. In the absence of an agreement, the body remains in Belgium.

But another politically contentious corpse has just returned to Kasai.

This one belongs to Kamwina Nsapu, head of the eponymous militia group which has been causing havoc in the region since June last year. Nsapu himself was killed in August, in a firefight with the army, and the government held on to his body (local rights groups have questioned the government’s account of his death, alleging that he could have been arrested instead of killed). This decision merely fuelled the violence, which began as a localised anti-government insurrection, with its roots in decades of neglect, but has since turned into something even more ominous.

As Reuters reports: “Initially contained in one area, the rebellion has since spread to five of Congo’s 26 provinces. The fighters operating under the name ‘Kamwina Nsapu’ appear to do so independently and without a clear leadership structure, and some recent violence appears to have degenerated into ethnic score-settling.”

So far, more than 400 people are thought to have died in the conflict. The situation has become so serious that Kabila was eventually forced to make a concession: this weekend, the government returned Nsapu’s body to his family, and he was buried in his home village.

The government is hopeful that this gesture will calm tensions. “His body was left with the family who buried him in his village on the same day,” said the Interior Ministry in a statement. “The family solemnly declared the end of the war, specifying that anyone who continues to do criminal or terrorist acts does not represent them.”

Given the nature of the conflict, however, it seems unlikely that this plea – in the absence of other concessions – will have a significant impact.

In life, both Tshisekedi and Nsapu were trouble for President Kabila. In that respect, at least, their deaths haven’t changed much. DM