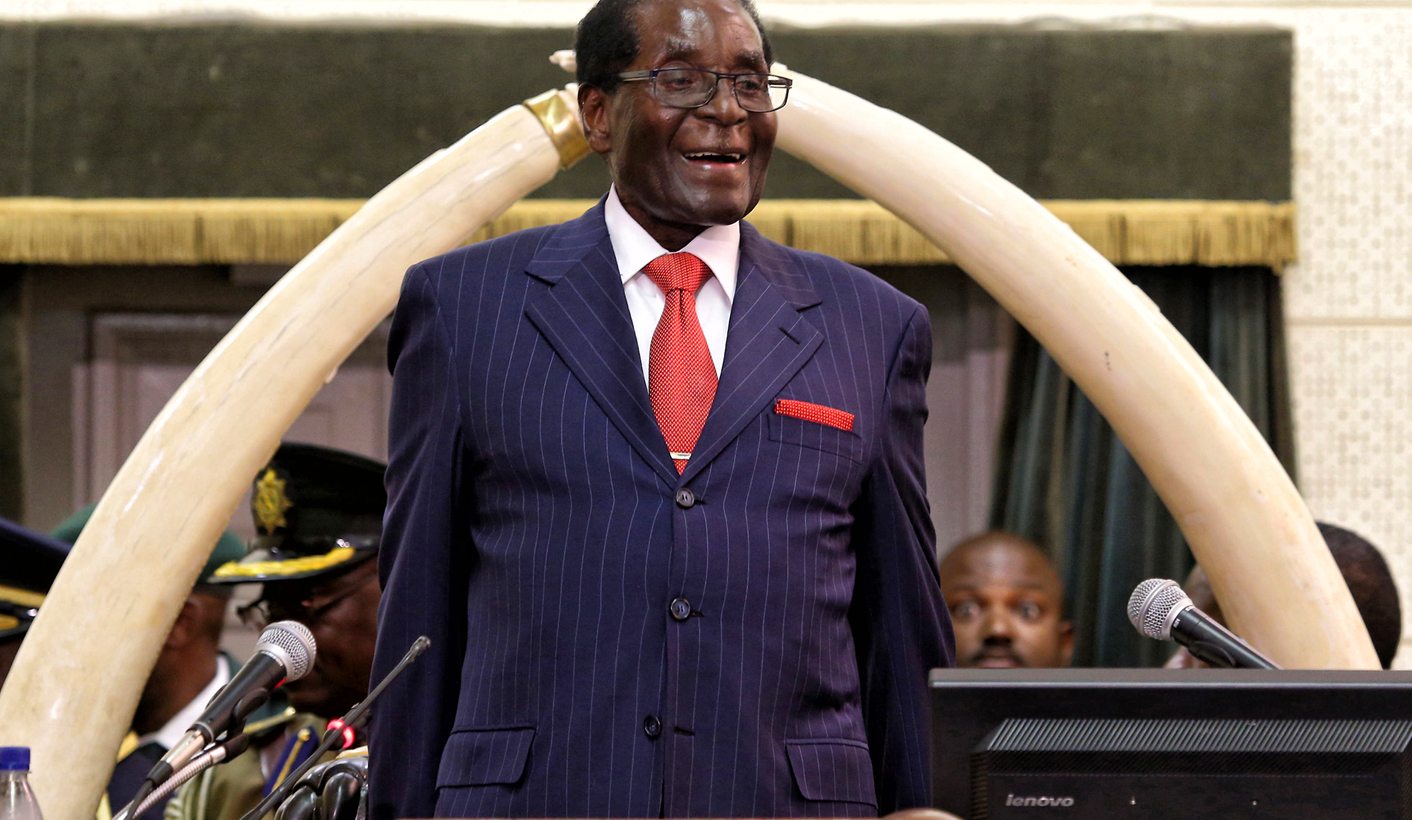 Things aren’t looking so good for Saviour Kasukuwere, Zimbabwe’s minister for local government, who suddenly finds himself on the wrong side of the ruling party’s messy faction-fighting. But – ominously for his critics – President Robert Mugabe knows exactly what he is doing. By MAYNARD MANYOWA.

He has no reason to be. Metaphorically speaking, he is staring down the barrel of a loaded gun. It’s an especially uncomfortable position for him, given that he’s more used to pulling the trigger, having seen political opponents despatched in a similar manner several times.

Just last week, he was comfortable in his seat, and confident in his powers and the impunity they come with. So much so that he attacked journalists from state-owned media houses, calling them “sons of bitches”.

At the time, he was the most feared minister in the land. His combative approach to politics earned him the nickname “Mike Tyson”, after the heavyweight boxer, usually abbreviated to just “Tyson”.

Kasukuwere is a former intelligence cadre with a shady past. He is accused of playing a part in the killing of Edward Chindori-Chininga, a lawmaker who had unearthed gross corruption and theft at Zimbabwe’s diamond fields and massive irregularities surrounding the licensed diamond operations – illicit operations which even Mugabe concedes may have cost Zimbabwe over US$15-billion.

When Mugabe’s wife Grace first showed signs of wanting to join politics, and possibly take over from her husband, Tyson became one of her most vocal supporters. At one rally, he told people that he would personally deal with people who were against her: “Not here, not in this province,” he said, sending a chilling warning to would-be dissenters.

As minister of youth and indigenisation, Kasukuwere was repeatedly implicated in corrupt deals, including one in which several million dollars were plundered through dubiously awarded youth empowerment funds.

As local government minister, he reportedly sold stands in a prime area to a local prophet, in a corrupt deal that allegedly angered Mugabe.

Finally, Mugabe has taken action. A few days after his much-publicised insult to members of a “biased” fourth estate, Kasukuwere’s province, Mashonaland Central, was reported to have resolved to pass a vote of no confidence against him.

A massive demo was planned by his juniors against him. His peers, many of them handpicked and cherry-picked by Tyson himself, in his own back yard, want him out of government, out of the party, and out of the province.

No one saw this coming. Tyson was extremely powerful, and also extremely wealthy – in Zimbabwe, money can usually buy loyalty. He is also rumoured to be extremely ruthless. But none of this looks like it was able to protect him.

Another demo is planned for some time this week. Some reports say that out of the top 18 in the provincial party leadership, support for and against him is evenly split. His support is hanging by a thread.

He is not the first of Grace Mugabe’s allies to find themselves facing this fate. Sarah Mahoka, and Eunice Sandi-Moyo, both torchbearers for the Grace Mugabe campaign, were recipients of similar demonstrations against them. Now they have been fired. Having spent the best part of two years insulting Vice President Emmerson, Grace Mugabe’s main rival to succeed Uncle Bob, they have now been hung out to dry.

Kasukuwere, seemingly having outlived his usefulness to the president, is facing the same fate.

But Kasukuwere’s reputation, his past, his character and personality mean that few Zimbabweans feel sorry for him. In fact, some are celebrating his demise, albeit prematurely. In some quarters, the move is being hailed as a turning point, that perhaps the corrupt cabal of “young turks” may be on their way out, and Zimbabwe on its way up.

But evidence of this is scant. In reality, it appears to be another masterstroke by Mugabe.

When Mugabe wants to protect a cadre, no matter how corrupt and evil, he will do so. Another member of the “young turks”, Professor Jonathan Moyo, the alleged brains behind Grace’s ascendency, faced the daunting prospect of serious jail time after Zimbabwe’s Anti-Corruption Commission investigated him for fraud, and found credible evidence of such. He escaped thanks to Mugabe’s intervention: His prosecution was blocked, and the anti-graft commission was moved from the Justice Ministry to The Office of The President.

What is instructive is that Mugabe chose to save Moyo, but appears disinterested in saving Kasukuwere.

Supporters of Emmerson Mnangagwa are also celebrating Kasukuwere’s downfall. Without him, Grace’s campaign to succeed her husband is weakened, while Mnangagwa’s hand is strengthened. But they shouldn’t get ahead of themselves. Mugabe’s track record suggests that as long as he remains in State House, the only person who benefits from his machinations is himself. DM

Maynard Manyowa is a contributing Editor of Khuluma Afrika: A non-partisan centre for political analysis, investigative journalism, and social commentary.