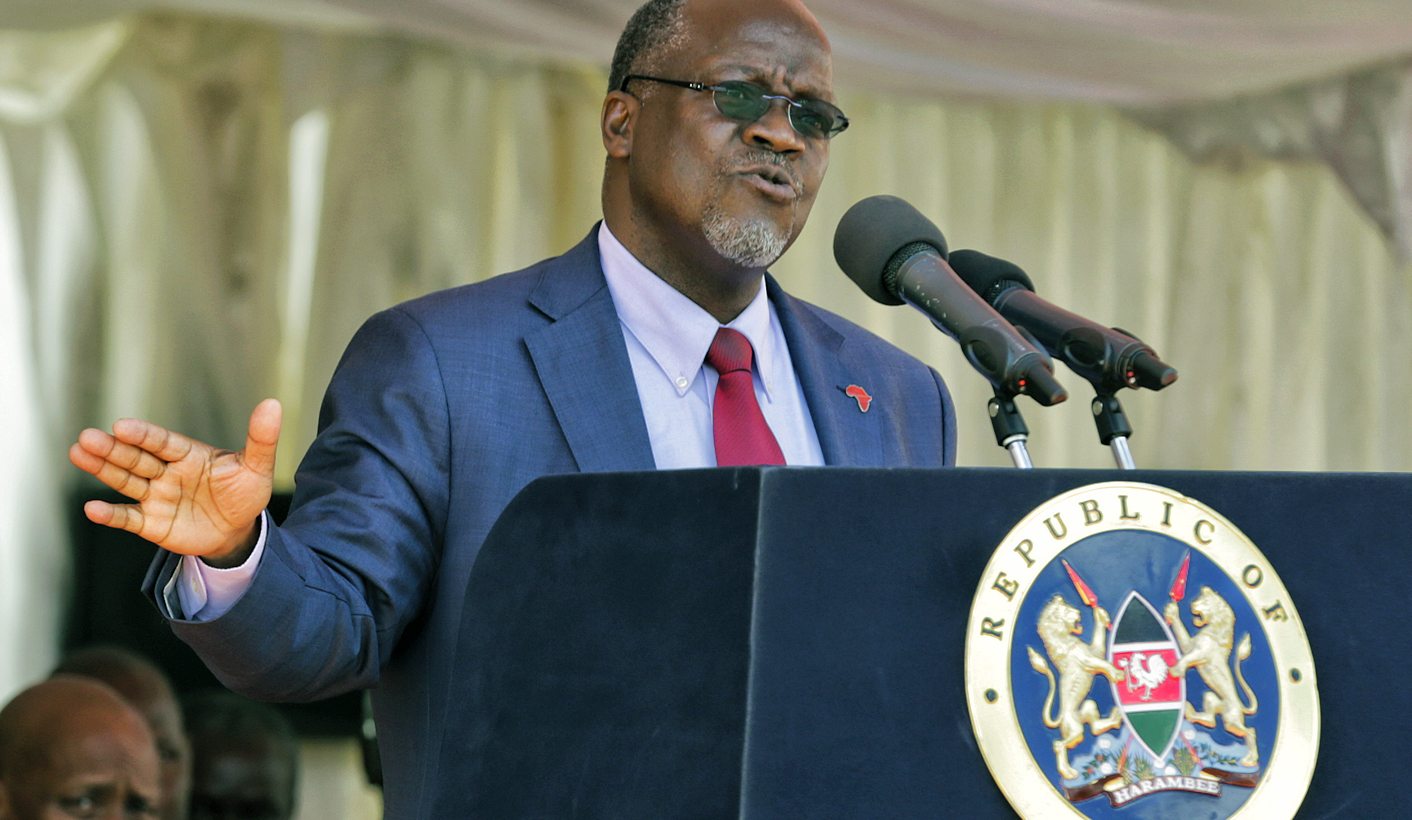 Tanzanian rapper Nay wa Mitego may only have spent one night in jail, but his brief incarceration casts President John Magufuli’s administration in a most unflattering light. By SIMON ALLISON.

On Sunday, Tanzanian rapper Emmanuel Elibariki, who performs as Nay wa Mitego, was arrested. The politically minded Elibariki had just dropped a new track fiercely critical of President John Magufuli and his administration.

In the track, called Wapo, Elibariki poses the question: “Is there still freedom of expression in the country?” Another line asks, in Swahili: “Who are you now? Don’t you want to listen to advice? Don’t you want criticism?” The song is addressed to “a doctor that specialises in lancing boils” – a clear reference to President Magufuli, who often uses the phrase “lancing boils” to describe how he overcomes obstacles in government.

According to the BBC, police said that Elibariki would be questioned “for releasing a song with words that malign the government”. In so doing, the police seemed to be answering Elibariki’s question about free speech – in the negative.

But by Monday afternoon, the government’s tune had changed. Elibariki was released, and newly appointed information minister Harrison Mwakyembe said that President Magufuli had personally ordered his release. What’s more, the president apparently “loves” the song – although he does think the lyrics could be improved by mentioning some of the other ills that affect society, such as tax evasion, drug trafficking and corruption.

Despite its happy ending, Elibariki’s brief incarceration suggests that the rapper is right to be concerned about the erosion of free speech in Tanzania. And he’s not the only one. In a scathing column in Tanzania’s The Citizen newspaper, public editor Ndimara Tegambwage warned that Tanzania risked going back to “the dark old days” when censorship was the norm.

Tegambwage knows first-hand what those days looked like. In 2008, Tegambwage and a colleague were beaten and had acid thrown at them by unidentified assailants, in what Reporters Without Borders described as an attempt to silence investigative journalism in Tanzania.

In his column, published on Monday, Tegambwage said that attacks on freedom of speech go beyond Tanzania’s borders. “But today, in many African countries, we have started to witness steps being taken to drag us back to the dark old days. There is a proliferation of laws to plug every hole, block every throbbing vein and even destroy every branch of communication with the purpose of rendering citizens uninformed and therefore ineffective and unquestioning… Politicians of whatever level and creed have come out to dictate to media outlets what to write, how to write it and what angle the story should take. We are almost going back to what we rejected, and this is totally unacceptable. Our president may not do this. He is expected to be well above that,” he said.

As if to illustrate his point, Tegambwage’s column was written not in response to Elibariki’s arrest, but as a reaction to yet another free speech scandal in Tanzania, this time coming from the president himself. On Friday last week, during the swearing in of Mwakyembe as information minister, President Magufuli warned that there are limits on media freedom. “I would like to tell media owners – be careful, watch it. If you think you have that kind of freedom, [it is] not to that extent.”

That freedom doesn’t even extend to ministers. When informed of his sacking, Mwakyembe’s predecessor, Nape Nnauye, tried to hold a farewell press conference. It was abandoned on the instruction of an unidentified gunman, widely assumed to be a plainclothes policeman.

All this adds up to a disturbing erosion of free speech in Tanzania – and this on the watch of a president who was initially heralded as a great reformer. Shortly after being inaugurated in 2015, President Magufuli made global headlines by firing corrupt officials and making a series of surprise visits to government bodies in an effort to clean up corruption. His example inspired the social hashtag #WhatWouldMagufuliDo, used by African activists attempting to get their own governments to follow his lead. But his reputation has suffered the longer he has stayed in office, as analyst Peter Fabricius explained: “Overall, perhaps the jury may still be out on Magufuli, who is, after all, a few months short of completing his first dynamic year in office. But as things now stand, he seems to be shaping up in the familiar authoritarian mould of a Paul Kagame – though perhaps less brutal in his efficiency – rather than the new kind of African leader which he seemed to promise.

“Bulldozing through corruption, incompetence, pomp and ceremony in the name of the ordinary citizen is no doubt good. But it is respect for institutions, instead of trying to do it on his own, which remains the vital missing ingredient that could make Magufuli a really good leader.” DM