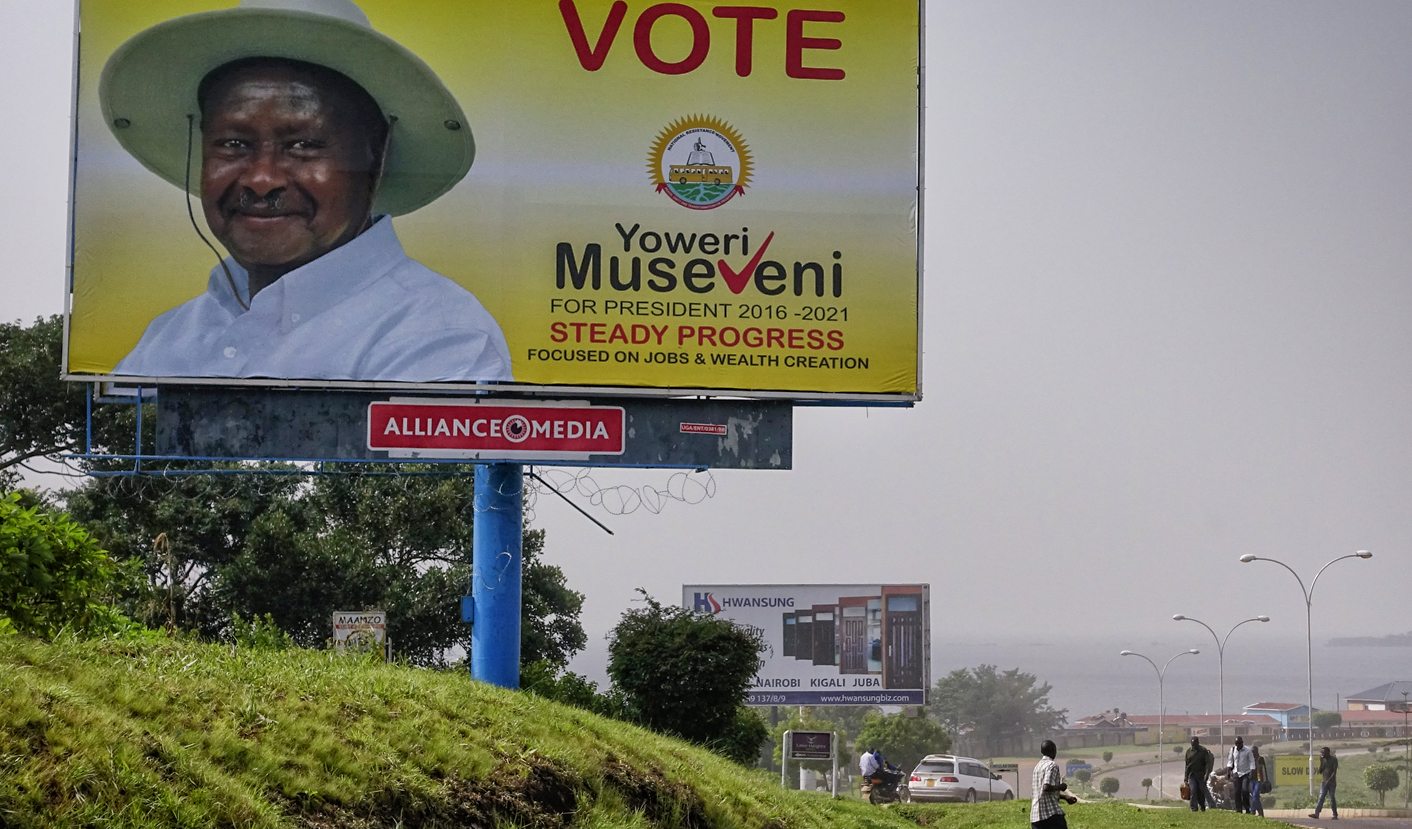 Motorcycle taxis, or boda-bodas, are a key constituency for Ugandan President Yoweri Museveni, who has worked hard to keep them on his side. So why is he encouraging Kampala residents to take vigilante action against “suspicious” boda-boda drivers? By SIMON ALLISON.

On Friday morning, Andrew Felix Kaweesi was murdered near his home in Kampala. The assistant inspector-general of Uganda’s police force was leaving for work when gunmen opened fire on his vehicle. The shooters were riding on the back of several motorcycles, and sped off after killing Kaweesi, his driver and his bodyguard.

On Sunday evening, President Yoweri Museveni visited the Kaweesi home to pay his condolences. The president appeared disturbed not just by Kaweesi’s murder, but also by the manner of it.

Museveni warned that assassins riding on motorcycle taxis, known locally as boda-bodas, are behind a wave of killings in the capital Kampala, and told citizens to watch out for “suspicious” boda-bodas. In what has been widely interpreted as a call to vigilante action, Museveni said that if people see any dodgy bikers, they should “stop and sort them out”.

According to The Monitor, a local paper, boda-bodas have been used in 12 assassinations over the past seven years. Security officials say that the motorbikes allow perpetrators to escape easily, and let them disguise themselves as commercial taxis afterwards.

Museveni’s comments were quickly condemned by opposition parties and civil society groups. “Somebody going by the title of the president, who is supposed to be in charge of all the security organs, and for that kind of person to say that if you see a boda-boda following you, stop and if you have guns, sort them out. I mean this is horrific, horrifying,” said Besigye.

“Statements of leaders have a bearing on the actions of many. So things such as ‘get out of your car and deal with them’ is both reckless and amounts to incitement of violence – simply irresponsible,” said Nicholas Opiyo, founder of rights group Chapter Four Uganda, in a statement.

Current estimates suggest there are more than 100,000 boda-bodas on the streets of Kampala, while the local newspaper Daily Monitor claims that the industry is the second largest employer in Uganda. This makes boda-boda drivers a key constituency, especially for Museveni – and makes his new antipathy towards them all the more remarkable, given the crucial role they have played in shoring up his own political power over the years.

“The president recognised the importance of boda-bodas a long time ago,” said Tom Goodfellow, a lecturer at the University of Sheffield, in an interview. Goodfellow has studied the political influence of boda-bodas, and his findings make for fascinating reading. The bottom line: “The sheer size of the boda-boda makes it an important voting bloc. In addition, boda-bodas are highly mobile, they move around the city, they talk to people. So if you are able to mobilise them to take action for any cause, that has a dramatic impact politically.”

Famously, when Museveni announced his re-election bid in 2001, he rocked up on the back of a boda-boda (he did not exchange his signature cowboy hat for a helmet, in case you were wondering). The stunt was an obvious attempt to appeal to the growing constituency of boda-boda drivers, and the president has been pulling strings in their favour ever since. “Museveni made sure that repeated efforts by the opposition-led Kampala City Council to regulate and tax the sector in the 2000s were unsuccessful, boosting his support among boda-boda drivers while also drawing them into a central government strategy to sabotage urban governance in the city,” wrote Goodfellow in an article on African Arguments.

And it worked: although Kampala remains an opposition stronghold, Museveni’s courtship of the boda-boda constituency has increased his share of the vote in the capital, and allows him to quickly mobilise political support there.

Boda-bodas have been around in Kampala for decades, in different forms. The phrase comes from 50 years ago, when bicycle taxis en route to the border with Kenya would shout “Border! Border!” to attract passengers. The bicycles morphed into motorcycles, and the phrase morphed into boda-boda, and now they are a major feature of Kampala life. Residents, however, have mixed feelings about them.

“In Kampala you do not need a map, you need a boda-boda. Name your destination, rest assured to reach your destination as fast as you can. You don’t have to be afraid of the dark; all you need is a trusted one that will take you safely home. Kampala traffic can be terrible, especially workday mornings and evenings or when it has rained. I have never figured out a logical explanation for this, but the boda-boda will whisk you through the bumper-to-bumper traffic quandary with little resistance,” explained a post on This is Uganda, a cultural blog.

On the flip side, boda-bodas are notoriously unsafe. Drivers rarely provide helmets, and hospitals admit dozens of victims of boda-boda accidents every day. “For some, if you insist on speaking English, they will charge you highly. If you are of a different race, they will double the fare. When they realise that you don’t know where you are going, they take the longest route or move in circles so that you can feel that there was value for the money. It is a love-hate relationship with the boda- boda,” concluded This is Uganda.

President Museveni’s recent comments suggest that even he is not immune from this love-hate relationship with his capital’s ubiquitous motorcycle taxis. DM