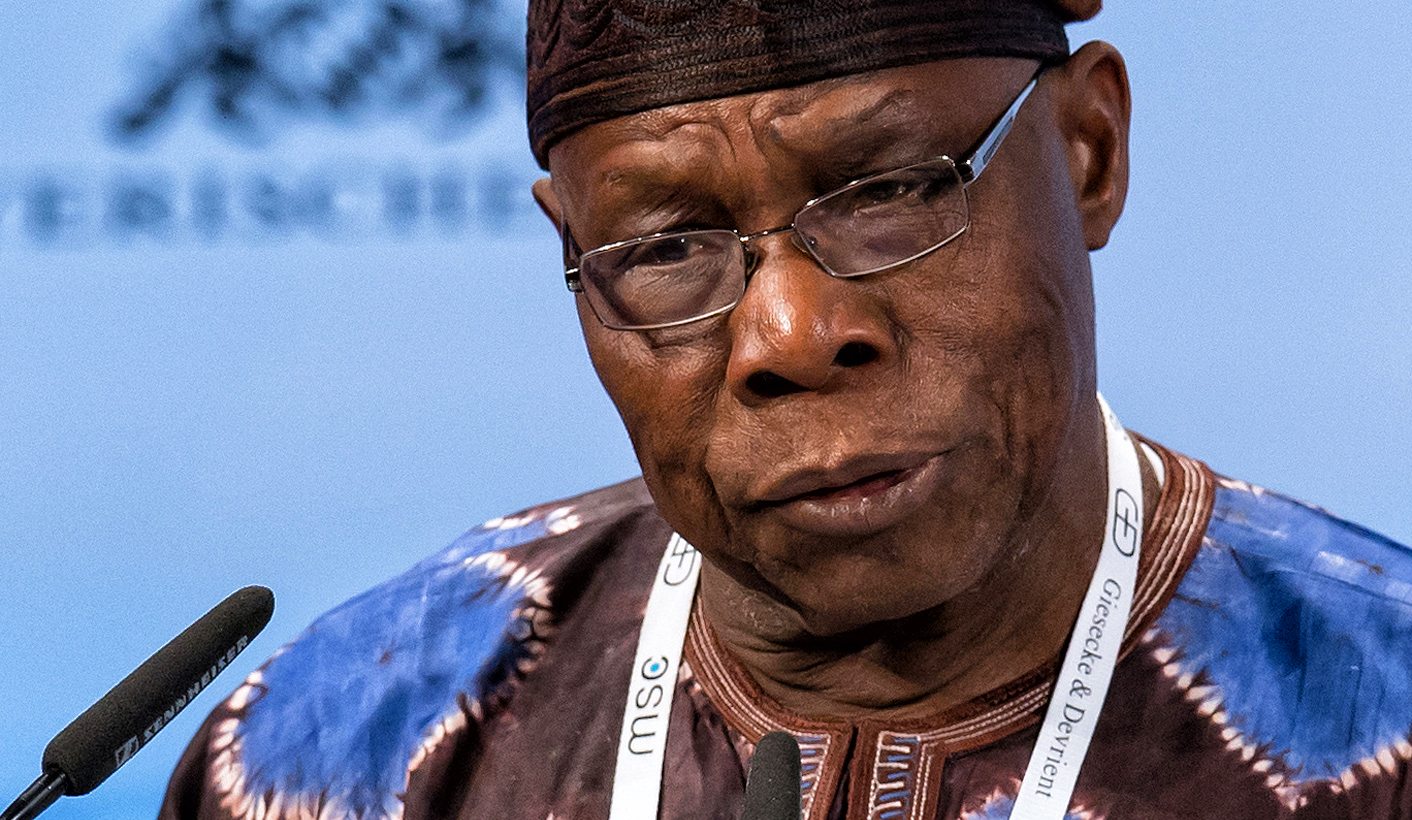 Olusegun Obasanjo, retired general and former president, turned 80 on Sunday. To commemorate the occasion, the presidential library bearing his name was opened in his home town the previous day, drawing current and former presidents from across Africa. There is much to celebrate in the great man’s life, which spans the history of independent Africa. By GREG MILLS.

“When I was a boy,” says Olusegun Obasanjo in answer to my question as to how he ended up in the military, “my father said to me upon returning from the fields one day, ‘You need to get an education’. I wanted to become a motor mechanic, like a relative of my father’s, which was seen as a skilled profession. But, instead, I went to school, and the rest,” he grins, “is history.”

Some history. And it’s still being made.

The short version is that Obasanjo served twice as Nigeria’s head of state: First, as a military ruler from 1976, assuming power after Murtala Mohammed’s assassination: second, as a democratically elected president from 1999 to 2007.

The longer version concerns his role in democratising the country, handing over power to a civilian government in 1979 after three years in charge. He also spent three years in prison for his criticism of Sani Abacha’s junta, being released only after general’s death in 1998. Then there are the variety of other accomplishments: as a military peacekeeper in the Congo as a young man, and his prowess as a soldier during the Nigerian civil war when the division under his command took Owerri, effectively ending the war. There are, too, his subsequent roles during, before and again after his presidencies, from being chair of the African Union between 2004 and 2008, a member of the African Progress Panel, leader of many election-monitoring missions, noted author, and active participant in conferences and general good causes.

This past weekend the good and the great of Africa, including some 20 serving and former heads of African governments and international organisations, turned out to celebrate his career (Disclosure: Part of that career has involved being Chairman of the Brenthurst Foundation Advisory Board) at the opening of the presidential library bearing his name in Abeokuta in his home state of Ogun.

The complex, which houses a US-style museum, archive and library alongside a hotel and conference venue, is an African first.

As the Governor of Ogun put it, the library is designed to become a centrepiece of research and enquiry, “a rallying point for progressive scholars” seeking to understand an increasingly difficult world.

The principal address was given by Ellen Johnson-Sirleaf, speaking not only as president of Liberia but as chair of Ecowas, the regional body.

Observing the “auspicious occasion”, she recalled the motivation of Franklin Delano Roosevelt in creating the first American presidential library in 1941. To do so, she said, would enable a nation not only to record the past, but to possess the confidence to believe in their capacity to learn from it, thus ensuring a better future.

In a quirk of history, Roosevelt’s great-granddaughter was part of the American firm which designed the Olusegun Obasanjo Presidential Library. More than 4,000 artefacts and 15-million papers are preserved in the facility, the public display notable for the series of cones, or “sound curtains”, that narrate a son et lumiere experience of periods of the president’s life to the visitor. It is a place where, as Johnson-Sirleaf observed, “history and technology meet, and where history comes alive in a dynamic reality”.

The facility has taken 12 years to plan and build. As the consultant noted on his first meeting with the president eight years ago, the site was “filled with lots of small buildings and big dreams”.

It establishes a new tradition in public record-keeping in Nigeria and the rest of Africa, in the process strengthening the keeping of facts over the retention of mythology, in so doing countering threats of political opportunism. While it is the first such library, it would, he said, be a failure if it was the last.

The event provided an opportunity for his peers to reflect, publically, on “Baba’s” career and personal characteristics.

The facility does not filter difficult issues, including the controversy around Obasanjo standing for a possible third term in 2007. His “incredible capacity for courage and hard work” was acknowledged by many, as was his sometimes “rough and ready style of telling the truth”. Although at least one said they “winced” at this at times, many also wished they had the courage “to do the same”.

The Acting President of Nigeria Professor Yemi Osinbajo spoke eloquently of Obasanjo as a “rare human being” whose “enduring legacy was for a strong, detribalised Nigeria”. He noted, in this regard, that the “more selfless the giving, the more historic the contribution”.

The importance of leadership and selflessness was echoed by Chief Emeka Anyaoku, who served as Secretary General of the Commonwealth, who saw first-hand Obasanjo’s contribution to the ending of apartheid, “not just through materiel support, but also when it came to making peace”.

Obasanjo co-chaired the Commonwealth’s Eminent Persons’ Group (EPG) that had, in 1986, sought to find a negotiated solution to South Africa’s escalating violence.

His impact, says Anyaoku, was “immense” on “two grounds: First because of his strong democratic credentials in handing over power as a military ruler, and second, because of his status as a general”.

Anyaoku remembered an incident during the EPG mission. “I remember well landing in Port Elizabeth to see the UDF. When we got there they [the UDF] were nowhere to be found. We were told we would not see them because of the presence of white security officers in our delegation. I reported this to Obasanjo. He immediately asked to see the leader of the security team, a colonel, and ordered him, in no uncertain terms, to disband the team. We then proceeded on our mission.”

Former UN Secretary General Kofi Annan hailed Obasanjo as “not just an African icon, but a global public good”, always ready to help out, whether it be on peace-building, elections, security, drug trafficking and much else. “I have never met such an energetic and youthful 80-year-old,” he added, “one who never says no to a challenge”.

Perhaps this explains why, laughed Sierra Leone’s President Ernest Bai Koroma against himself, “It’s a mark of the man that he could raise the funds, a long time after being president, for such a library. I am not sure that, nearing the end of my second term [elections are in 2018], that I could even do so now”.

In an era when issues are complex and yet public trust in politicians is shaky, it was left to Raila Odinga, the former Kenyan prime minister, to sum up the feelings of those present at the celebration when he said, quite simply, that Obasanjo “was my hero”.

He spoke for me too. DM

Dr Mills heads the Brenthurst Foundation and, together with President Obasanjo, Jeffrey Herbst and Dickie Davis, has just published Making Africa Work: A Handbook for Economic Success, the Nigerian edition of which was launched in Abeokuta at the same time as the opening of the Presidential Library.