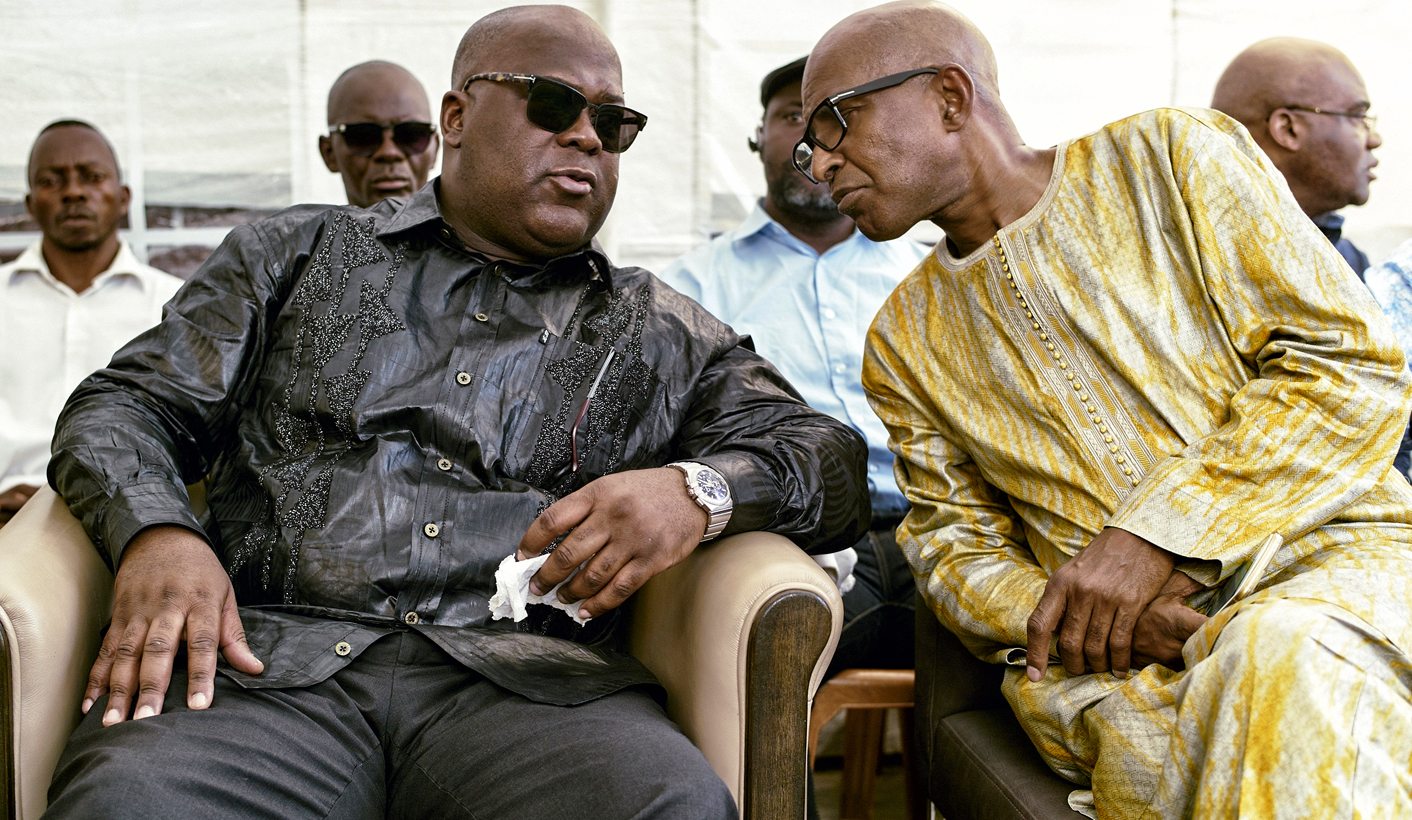 After veteran opposition leader Etienne Tshisekedi’s death, his son Felix is set to take over from where his father left off. But is the family name enough to sustain his leadership bid? By SIMON ALLISON.

As 2016 slid into 2017, things weren’t going well, exactly, in the Democratic Republic of Congo, but they weren’t going as badly as they might have, either. The bloodbath that some analysts had expected on December 19 – when President Joseph Kabila’s term officially expired – never materialised, and the government and opposition had reached a landmark deal to hold new elections by the end of this year. In addition, the main opposition coalition had agreed to participate in a transitional government until those elections took place, with Kabila remaining president and veteran opposition leader Etienne Tshisekedi slated for prime minister.

And then, on a cold Wednesday in Brussels on February 1, the 84-year-old Tshisekedi died. Death is rarely convenient, but his timing was exceptionally poor. Suddenly, just when the DRC seemed to have found some answers, there were more difficult questions: Who would succeed Tshisekedi as party leader? Can the “Rassemblement” opposition coalition hold in his absence? Is the deal with Kabila still valid, and who will be prime minister?

After weeks of wrangling, it was announced at the end of last week that Tshisekedi’s son Felix Tshisekedi would take over from his father as leader of both party and coalition, and probably as prime minister-designate too.

There is a neat symmetry to Tshisekedi junior’s accession, echoing as it does the manner in which President Kabila slipped into Laurent Kabila’s shoes upon the assassination of Kabila père in 2001. But it’s also hard to escape the conclusion that even the country’s opposition is focused more on creating dynasties than true democratic contestation.

Felix Tshisekedi is a newcomer to the political scene. Although elected as a member of parliament in 2011, he never served, heeding his father’s call to boycott the legislature in the wake of a disputed vote. Prior to that, he spent some time working in Belgium, where he studied marketing.

The 53-year-old’s breakthrough into popular consciousness came last year, when a video of him arguing with a soldier at a protest went viral. But he still remains a relative unknown. “He’s a question mark. I don’t know if he has what it takes to be a transformative leader, or if people will ever see him that way,” said Tshene Wedi, a political analyst. At this stage, it is difficult to know whether he offers anything more than the family name. Other major opposition figures, such as former Katanga governor Moise Katumbi, now in exile, may sense a chance to increase their own share of the vote.

The significance of that family name cannot be dismissed out of hand, however. “The name recognition is huge across the DRC. It provides continuity for the Union for Democracy and Social Progress (UDPS), and may help to unify supporters. Of course, on the other hand, there are other people in the party that have more experience when it comes to actually running a party and balancing difficult political issues,” said Stephanie Wolters, head of the peace and security research programme at the Institute for Security Studies.

His appointment, as leader of both the UDPS and the Rassemblement coalition, was not without controversy. UDPS deputy secretary-general Bruno Tshibala was dismissed after contesting the decision, while at least three coalition parties have indicated their discomfort with their new figurehead. “Where else in the world would someone be put in charge of such an important process… who has only been in the opposition for seven months?” asked coalition member Bruno Tshibala , speaking to the BBC.

Tshisekedi will have to get to grips with his new role very quickly. The first immediate challenge is what to do about the return of his father’s body, which is currently being kept on ice in a morgue in Belgium. The late politician’s family and the government cannot agree on where and how to bury him, with the government nervous that his funeral may turn into a threatening anti-government protest.

The second challenge is to restart negotiations with the government over exactly how and when to begin the new transitional authority; and, perhaps most important, who gets to choose the new prime minister. The Rassemblement coalition wants to submit just one candidate for the position, while President Kabila wants a shortlist from which he can make the final choice. Either way, Felix Tshisekedi’s name is now sure to be among the frontrunners – even if he doesn’t appear to have the necessary experience in governance.

Said Wolters: “I think that would be a really bad move. It’s one thing to convince a whole bunch of squabbling opposition parties that having a Tshisekedi run the opposition means continuity, it’s quite another for Felix to have to wrangle a whole cabinet with no political experience. I think there are other people in the opposition who are technocratically savvy.”

Above all, however, Tshisekedi junior will be judged by whether he can keep his fragile coalition together and run a successful bid, if and when the long-delayed presidential election is finally held. That, at least, is what it will take for him to emerge from his father’s shadow. DM

Photo: Felix Tshisekedi (L) talks to an unidentified visitor as he mourns the death of his father and veteran Congolese opposition leader Etienne Tshisekedi, in the courtyard of his residence in the Limete Municipality of the Democratic Republic of Congo’s capital Kinshasa, February 3, 2017. REUTERS/Robert Carrubba