Theatre Review: From Koe’siestes to Kneidlach – it’s funny for sure 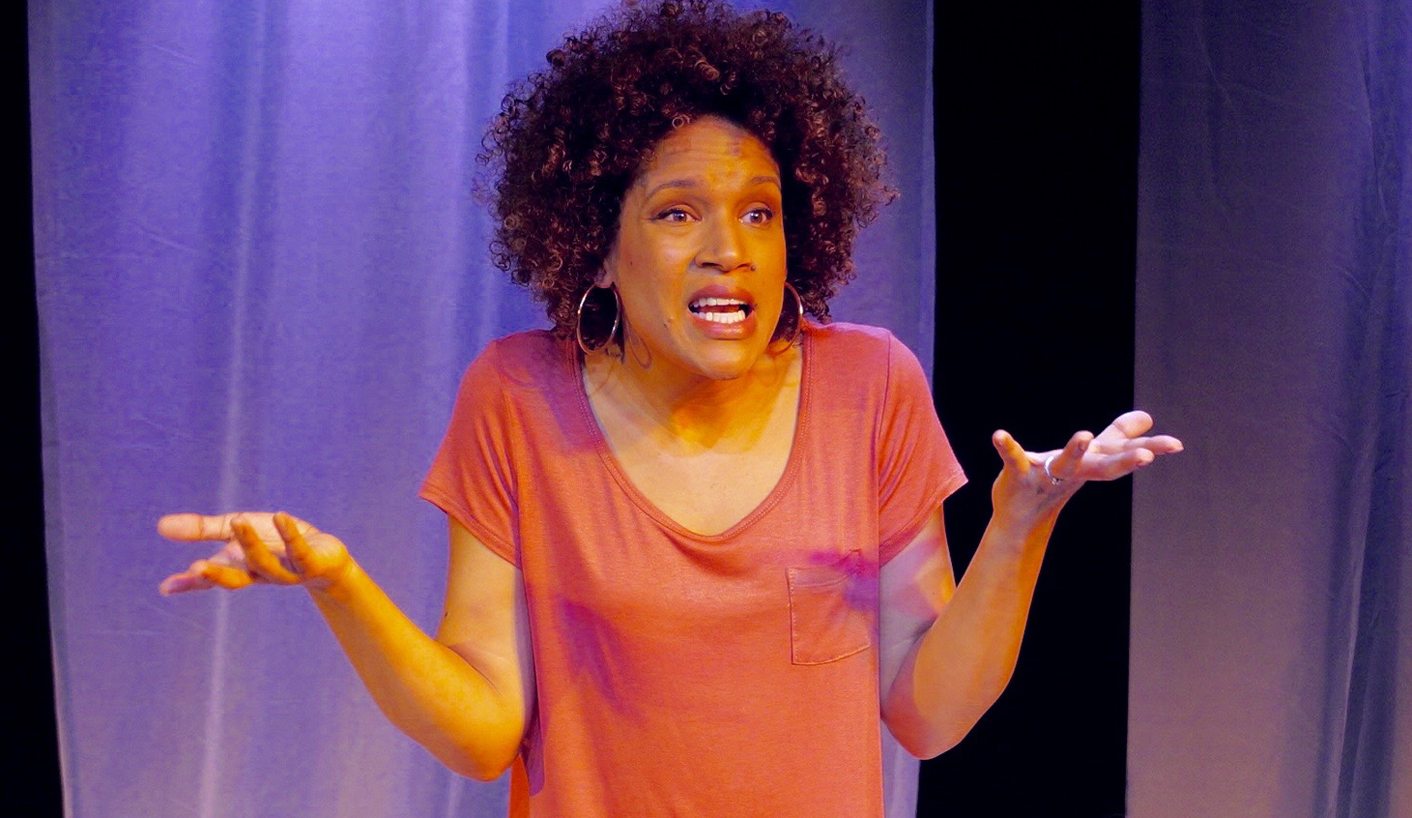 It may be a simple story of two different cultures coming together by finding compromises but it also opens up all the idiosyncrasies of the two cultures, encouraging you to laugh at yourself as well as others. By LESLEY STONES.

How funny you find comedy is closely tied into how much you can relate directly to it.

That’s clearly illustrated in the one-woman show From Koe’siestes to Kneidlach, about a coloured Cape Flats girl who marries into Joburg’s tight-knit Jewish community.

It’s funny for sure, but if you’re Jewish or coloured, or somehow miraculously both, the laughometer goes off the scale.

I’m tempted to review the reaction of my Jewish friend Alan rather than the actual performance, because I was sitting next to a series of guffaws, belly laughs, little yelps of recognition and appreciation.

Is it that funny? Apparently yes, but if you don’t speak Afrikaans plus a smattering of Yiddish you’ll merely be chuckling while the rest of the house is roaring.

Actress Chantal Stanfield wrote the play herself, although it was half written for her because the story is true. She’s married to singer/songwriter RJ Benjamin, who has his own entry on Wikipedia and compiled the music that plays before the show begins.

Theirs began as a Twitter romance while Stanfield was touring in Turkey, and she tells the story of their first exchange of messages, their first real-life meeting, their growing love and then her initiation into all the family gatherings that come with being Jewish.

She’s an engaging and vivacious actress with a charm that instantly endears her to you. Her writing is sharp, funny and spot on, as she describes the comments and re-enacts the situations and scrapes that come with a cross-cultural relationship

Alan by now is guffawing loudly, almost wiping away tears as Stanfield acts out her first Shabbat dinner. “She’s describing my mother exactly,” he whispers.

Then Stanfield gives us the voice of her own mother, eager for her daughter to make a good impression and full of Cape Coloured advice that doesn’t translate into a Kosher setting.

In essence, it’s a simple story of two different cultures coming together and finding the compromises that make it work, often while others observe and pour scorn on the union.

It opens up all the idiosyncrasies of the two cultures, encouraging you to laugh at yourself as well as others. There’s a serious section where she addresses some racism, and you suspect that part of the crowd that was laughing a moment ago is squirming now.

When it begins, it feels as if Stanfield is reading a book aloud, and perhaps a book is the next step in the process.

She performs with the minimum of props – just a chair and a table and a squishy armchair, so the visual interest has to come from her, not the setting. Director Megan Furniss keeps her moving, even if it’s just pushing a chair from left to right as she relates her tale. She weaves in lots of different characters with their accents and opinions – always with the opinions – and her expressions and movements keep the show flowing nicely.

I’ll give it five out of 10 on the comedy scale. My Jewish friend gives it 10. DM

From Koe’siestes to Kneidlach runs at Sandton’s Auto & General Theatre on the Square until March 18.