US: Donald Trump’s very own Russiagate in the making

US: Donald Trump’s very own Russiagate in the making 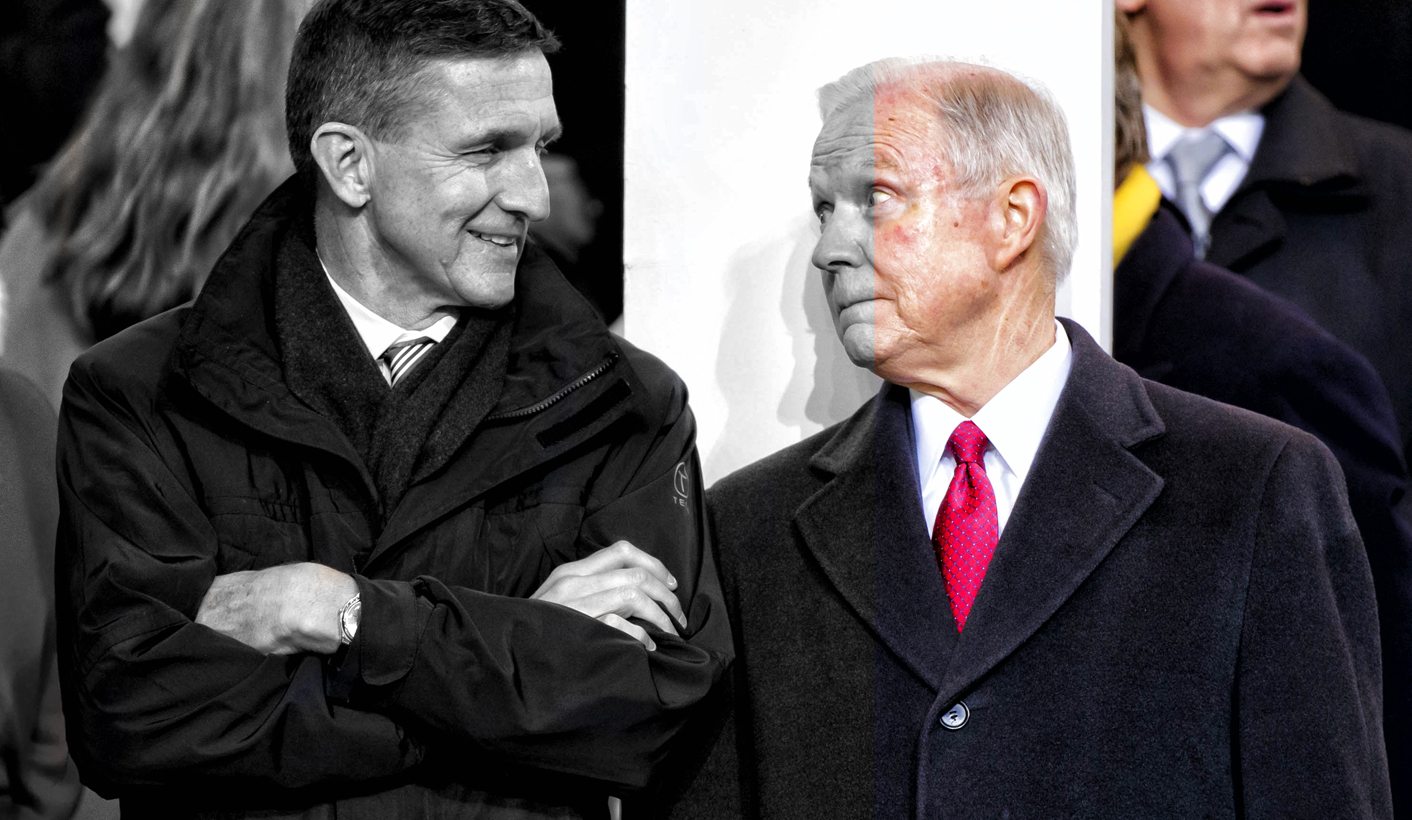 J. BROOKS SPECTOR takes a look at the still-evolving mess that is consuming all the oxygen in Trump’s White House: the many threads of his administration’s politically potent tie-up with the Russians.

What in the world are Russia’s professional “America watchers”, let alone Russia’s most senior leaders, thinking about the United States right about now? Think about that question for a minute. They spent a lot of time and energy mucking about in that big, sloppy, acrimonious election in 2016, most likely hoping for two outcomes. But not quite sure what they would get.

The first result they would have dreamt of would have been a growing discrediting of the US electoral process; of its honesty and fairness and, instead, the dissembling of a tale that the whole process – and most especially the way of things among Democrats – was an ugly, sordid mess. It was in thrall to those mendacious party bosses, some well-wired rich folks who pull the strings behind the scene so that candidates, like Bernie Sanders, who, if they represent real challenges to the prevailing order, are eventually crushed by the soulless machine.

Second, the goal would most likely have been to so destabilise the presumptive Clinton juggernaut that, once she took office, she would already have become so wounded, with her credibility with voters wrecked, that she would have become the heir to a deeply divided, fractious, sullen party and any outcome she could have achieved to govern would have been shot full of holes. And the US, accordingly, would be hamstrung and unable to exercise its intentions in areas such as the Middle East. That, in turn, helps explain Russian fishing expeditions for Democratic Party emails and the distribution of them via several cutouts through to Wikileaks, and then the world.

The Kremlin didn’t like her; they didn’t trust her; but they, like pretty much everybody else in town, fully assumed she would emerge victorious, even if it was messy. The US economy was on the mend, job growth was continuing unabated, inflation was negligible, the petrol cost was low, and the new high-tech industries were riding high. You did not have to be a Marxist – not any more – to buy into the narrative that the economy is all and that was about all one needed to know. Hadn’t one of her husband’s successful campaigns coined the concept: “It’s the economy, stupid!”?

On the other hand, since it never hurts to spread your bets around a bit just in case a fluke event occurs, the Russians undoubtedly saw no harm, and maybe some surprising benefits down the road, in cozying up to Donald Trump supporters like retired General Michael Flynn and Senator Jeff Sessions. Just in case. After all, Flynn was already buddy-buddy with them from his earlier trips tp Moscow, and he was a staunch supporter of US-Russian co-operation in dealing with Flynn’s own monomaniacal interest – fighting global terror, or Islamic terror, or setting up the 15th crusade. Sessions, on the other hand, was an early surrogate for Trump and he was initially the most senior politician in Trump’s camp.

So, Flynn spoke with the Russian ambassador several times during the campaign about this and that – and probably about the lessening of newly installed economic sanctions imposed once the e-mail meddling became known – and into the interregnum of the transition and then misled his own administration’s people, thereby causing the new vice president, Mike Pence, to make statements about Flynn’s non-contacts with the Russian ambassador in Washington that were demonstrably untrue. That ultimately became too much even for Donald Trump, despite his increasingly visible blind spot and bromance with Vladimir Putin, who effectively asked Flynn to fall on his sword – just a month after the new administration had barely begun.

Meanwhile, Senator Sessions, in his confirmation hearing to become Trump’s attorney-general, had stated without reservation that he had had no contact with those Russians. That, of course, has now proved to have been rather less than truthful. It is not simply the question, now, of whether or not Sessions had told a couple of naughty but innocent fibs. There is also the awkward question of whether or not there should be a special independent prosecutor poking into the length, breadth and depth of Russian ties with Trump’s minions as a result of Flynn’s missteps, the Wikileaks mess, and other nasty rumours.

At the point, one alternative would be for a special Justice Department probe into this mess, but that would mean Sessions would be investigating himself. Even the appointment of a special prosecutor would come under the general umbrella of Sessions’ department. Thus the growing calls for Sessions to publicly recuse himself from all aspects of this swamp, or simply to resign. In disgrace. There are also cries for various investigations beginning to be contemplated – or even formally to be convened – in Congress. Given that Congress is controlled by the Republican Party, this has possibilities for an unending series of awkwardnesses or embarrassments for a party that was about to revel in its control of two branches of government, and some real influence on the third. Squelching such investigations will lead to more leaks, more charges and more embarrassments. But carrying them out, even vaguely aggressively, would, or could, mean pretty much the same thing. An unending stream of embarrassing headlines awaits.

In fact, the taint is sufficiently strong that several prominent Republican legislators such as House Majority Leader Kevin McCarthy and House Government Operations Committee Chair Jason Chaffetz are now publicly calling for vigorous investigations, breaking ranks over this debacle very, very early in an administration that is not yet two months old. It is not hard to imagine the topic of those influential Sunday television news talk shows – and the contents of such conversation will almost inevitably drive Monday’s news cycle as well. And all this will step on the applause Trump had hoped to gain from his successful speech before a joint session of Congress the other day.

There may be further troubles ahead as well. It turns out that the new secretary of commerce, Wilbur Ross, has had some serious, substantial involvement with the Bank of Cyprus, which just happens to have been a favoured place for Russian oligarchs to park their ill-gotten gains. Hmm. And Ross and Trump have been good buddies and business friends for years. Double hmm.

Old hands remember three phrases that came out of Watergate and have subsequently become political catchphrases whenever political chicanery is being sniffed out:

Trump’s troubles are just beginning if things continue down the trajectory they seem to be heading on in terms of his Russian affections. And those Russians, now they probably aren’t quite sure what they have gotten themselves in bed with now. DM