Super Rugby season begins with contrived format in the spotlight 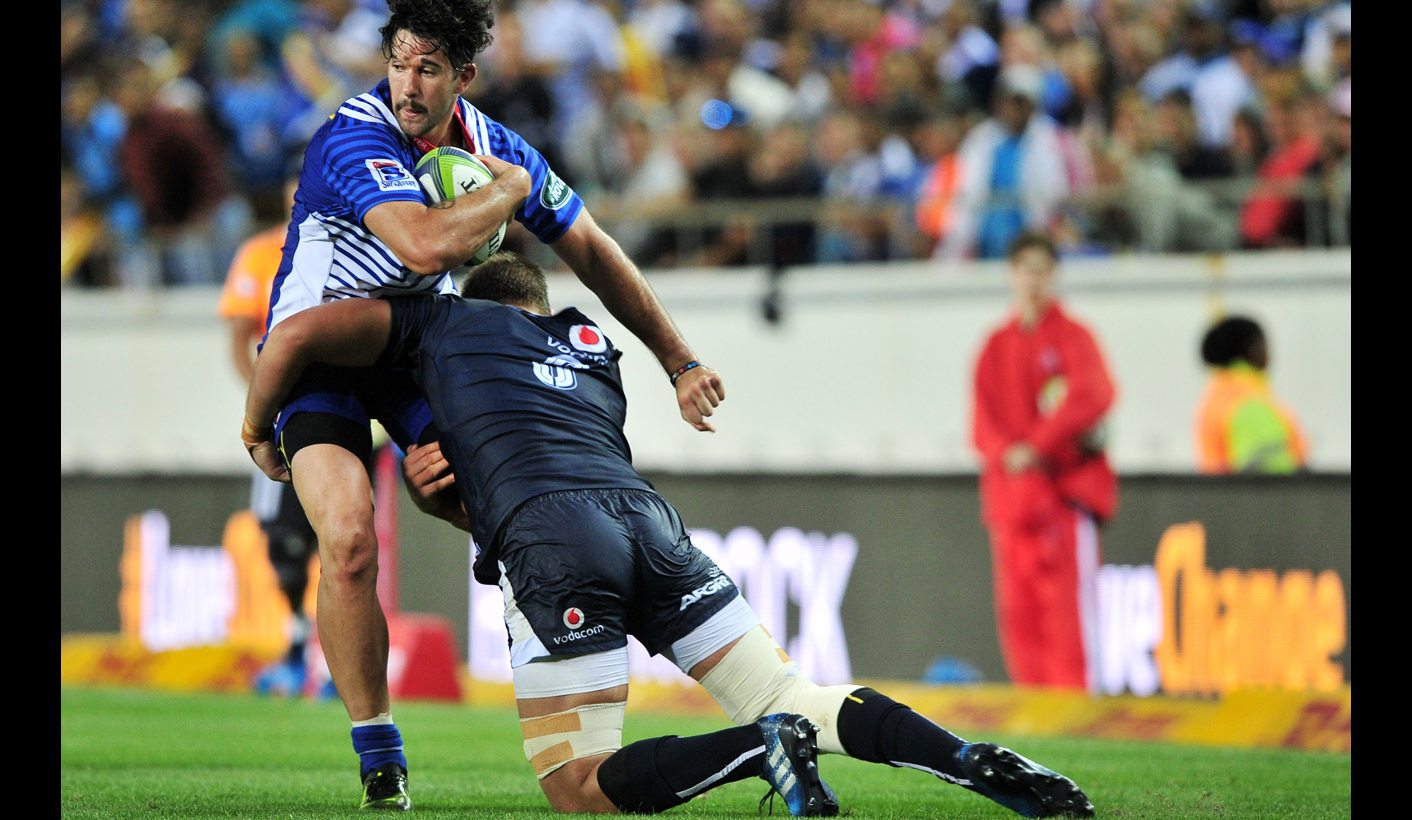 Super Rugby is back and while it’s nice to have a near constant stream of rugby buzzing on the box over the weekend, the bloated and hard to digest format means that most of what happens remains just that: a buzzing white noise. By ANTOINETTE MULLER.

Super Rugby, or at least its format, has become the equivalent of saying: “Well, can you explain that to an American” when referring to something utterly obscure in cricket. The season kicked off this weekend – or rather, last week, since its latest innovation includes a few matches on a Thursday night.

The first of such fixtures saw the Blues beat the Rebels 18-56 which just over 10,265 people, lower than last season’s average home attendance, bothered to show up for. It’s far too early to label the initiative a failure, but the first attempt at it certainly did fail. The pitiful scoreline from the home side made it so much worse. What exactly organisers were thinking by opening the season with two teams that finished 11th and 12th on the combined log last season nobody really knows.

For many, the current format is a big sticking point. Eighteen teams straddling 16 different time zones and a complicated grouping of teams makes the competition unappealing. The most logical solution to this problem is to reduce the number of teams (remember when there were just 12?), but not everyone agrees on how. Former Australia Rugby Union CEO John O’Neill thinks three teams should get the boot – suggesting one South African team, the Japanese team and the Argentinian side should all go.

“You cannot continue with an 18-team competition, which isn’t even a genuine competition. I would not have agreed with South Africa going to six team. That’s a domestic issue that they should have been told to sort out,” he said in an interview with The Daily Telegraph.

Others reckon one of the poorer Australian sides should be cut, but O’Neill wants none of that.

“I can’t possibly agree with that. It is not the fault of the five Australian franchises that this Super 18 competition is a disaster,” he said.

O’Neil is not the only person who has raised the issue of the format. Kelvin Watt, Repucom executive chairperson, told City Press in an interview recently: “Where else have you seen a competition where it is run in so many different countries; where you wake up at 04:00 to watch the first game and are still watching the last game at 22:00?”

“The Super Rugby format is confusing, inconsistent and has too many teams. In business, you shouldn’t make it hard for consumers to consume your product – Super Rugby makes it incredibly hard.”

“Product” is a buzzword that gets thrown around in sport a lot these days, but as it becomes increasingly commercial, it’s one that cannot be shied away from.

Super Rugby’s attendance figures have been on the decline for some time. While the sluggish economy might be to blame in part, it should be something that at least sparks some concern in administrators.

The Stormers were South Africa’s best-supported side in 2015, with an average of around 32,400 per Super Rugby match. Compare that to the Bulls and the Sharks, who averaged just over 19,000 in the same season.

And it’s not just in South Africa where fancy dress is being interpreted as plastic chairs. At the start of the 2014-15 season, attendances at New Zealand had dropped by 10%. Overall, average crowds in New Zealand have dropped by about 30% in the last eight years. Compare these figures to 2006 when South African sides averaged 34,000, Australia 24,000 and New Zealand 22,000 and it’s quite obvious that something is amiss.

And then there are the television viewership figures. Rapport reported last year that viewership figures dropped by almost four-million in South Africa for the first stage of the competition while Australia and New Zealand also saw a decrease.

These figures aren’t exactly enticing to potential sponsors, especially not those looking to back a product in the long term. And while rugby is growing globally and the appetite for the sport remains high, the way Super Rugby is being packaged is making it difficult to consume. It’s like wrapping delicious chocolate in a warm, insulated blanket.

But not everyone agrees that the format and the product are heading for disaster, especially not the people in charge.

One week before this season’s competition kicked off, Sanzar boss Andy Marinos was staunchly defensive, citing match statistics as evidence of the fact that the product is still good. With points scored per match and tries increasing, Marinos says that those numbers are “up on any other rugby competition in the world” and claims that Super Rugby still “dwarfs” other competitions in terms of viewership.

He did admit that the biggest challenge is the “geographical expanse”, but insisted that Super Rugby learnt a few lessons in 2015. An urgent strategic review has been announced for the 2018 season, but for now, fans are lumped with this inflated and complicated monster.

NZR want a straight top eight playoff system but Australia and South Africa are reportedly kicking against it.

Another problem with the current format is teams missing out on playing their rivals, with the Aussies particularly unhappy about the lack of local derbies.

The problem is that while there is some agreement that something’s got to give, nobody wants to be the country to give it. South Africa battled for a sixth team, Australia doesn’t want to lose a slice of the pie and the lure of new markets and audiences in the far East and South America is not something that executives will just give up.

Different stakeholders have different vested interests and it seems that nobody is willing to make a sacrifice for the people who really matter – the fans and players. DM

Photo: EW Viljoen of the Stormers is tackled by Hanro Liebenberg of the Bulls during the 2017 Super Rugby game between the Stormers and Bulls at Newlands Rugby Stadium, Cape Town on 25 February 2017 © Ryan Wilkisky/BackpagePix