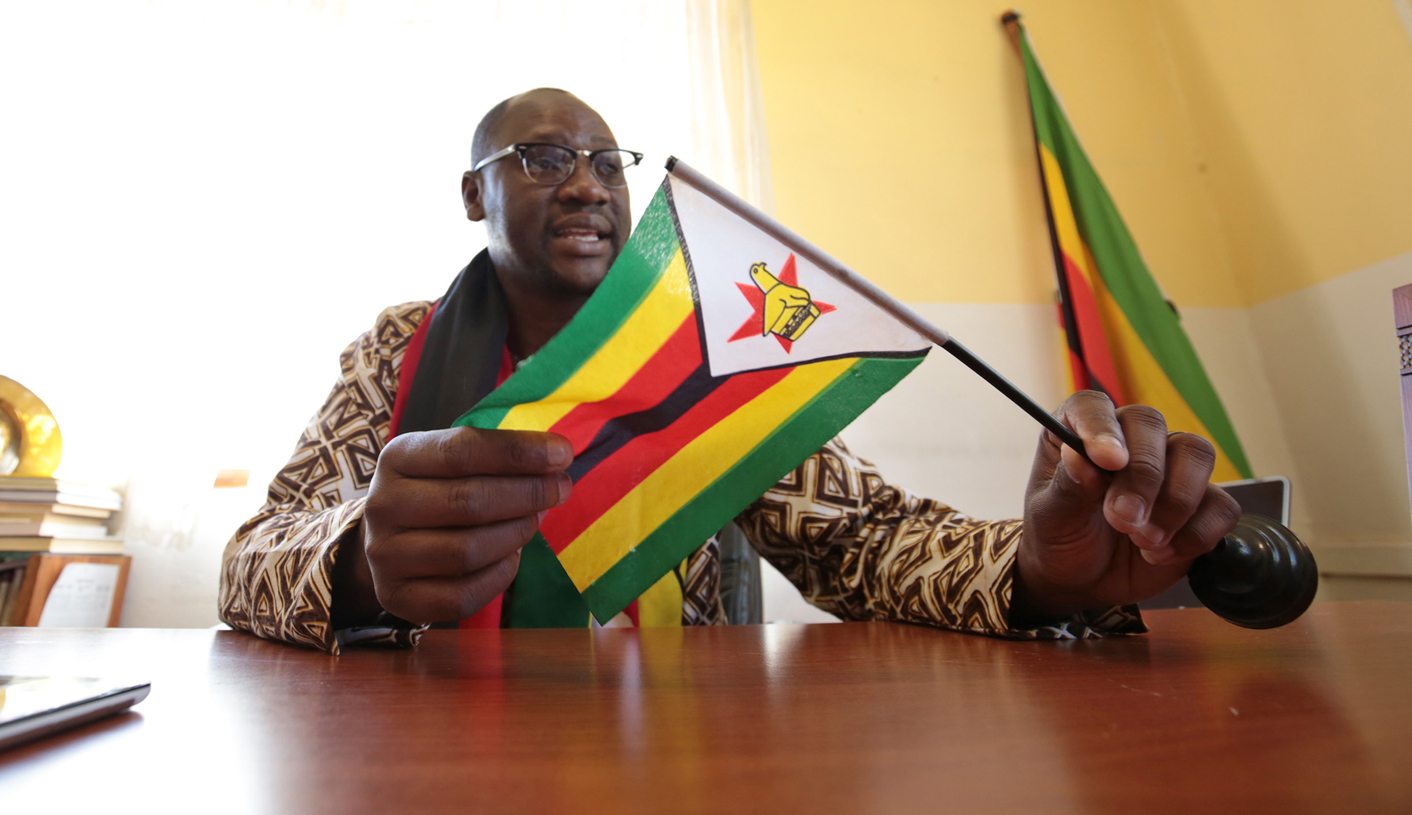 Pastor Evan Mawarire’s return home has not gone according to plan. He spent his first two nights in jail and has been charged with treason, while Zimbabwe’s tight-knit activist community has been slow to rally around him. It was never going to be easy, though. By SIMON ALLISON.

I spent most of Thursday wandering in circles around the Harare Magistrates’ Court, on the aptly-named Rotten Row, waiting for police to bring Pastor Evan Mawarire to court. He never came. After arresting him at the airport on his return to Zimbabwe on Wednesday, the police are taking full advantage of the 48 hours they can legally detain him without charge.

In July last year, I spent another Thursday doing much the same thing. But that day was very different. For one thing, Mawarire actually arrived, and was eventually acquitted, on a technicality, of the charges against him. For another, I was surrounded by thousands of ordinary Zimbabweans who had come to show their solidarity with the inspirational, subversive pastor. More than anything else, it was their presence – a popular protest unprecedented in Zimbabwe’s recent history – that forced the government to let him go. It was that, or a riot.

Six months later, Mawarire’s citizen army were not out in force. There were a handful of close friends and associates present on Thursday, but nothing like the massive outpouring of support that shook the Zimbabwean regime so badly in July. After lunch, even the riot police gave up, concluding that their presence was no longer required.

There are some obvious, practical reasons for this. Mawarire himself opted for a low-key arrival, saying he did not want a “hero’s welcome”. Security precautions meant that very few people knew of his plans to return, which in turn means that no one has been organising and planning for the likelihood of his arrest. And security around the court itself has been tightened, with new fencing making it harder to get in and out.

But there is also a deeper malaise. Speaking to activists and civil society leaders, it is clear that Mawarire’s star has fallen dramatically in the six months that he has been away – and no one is quite sure what to do with him now that he is back.

This is, partly, a natural reaction: last year, from nowhere, Mawarire suddenly became the focus of national and international attention, eclipsing veteran activists who have fought longer and sacrificed more than he has. “There’s a lot of jealousy in these circles,” one activist confided in me.

There is also a legitimate fear that Mawarire is a destabilising influence; that his presence, and the possibility of him running for public office, could derail the delicate coalition negotiations that are currently happening between the major opposition parties. Because his return to Zimbabwe was shrouded in such secrecy, no one really knows what he intends to do, or how it will affect them. He is a wild card.

Mostly, however, the resentment towards Mawarire stems from a sense of bitter disappointment at his decision to leave Zimbabwe just days after his release from prison in July. Few of his supporters saw this coming, and many felt betrayed and angry, because in leaving, Mawarire immediately squandered the considerable political momentum that had been built up around him. There is a sense – perhaps over-optimistic – that if he had stayed, the country would now be considerably closer to the kind of change that Mawarire preaches.

It didn’t help that while Mawarire and his family were safely in the United States, the regime intensified its crackdown on all forms of opposition, with record levels of assault, abduction and torture reported. While Mawarire was being feted in America, and showered with accolades, his comrades at home were suffering.

These criticisms are understandable, even if not always justified. After all, Mawarire had every reason to fear for his life, and in public statements has scrupulously declined to take individual credit for the movement that his #ThisFlag videos kick-started.

Despite the tensions, Mawarire remains a popular, influential figure, and he has plenty of people fighting on his behalf in the courts, in the backrooms of power, and on social media. But it is clear that his first objective on home soil – even while in detention – must be to win back the full support of Zimbabwe’s tightly-knit activist and opposition community.

It shouldn’t be hard. In returning to Zimbabwe, fully cognisant of the risks entailed, Mawarire has surely proved his commitment to the cause – and his willingness to sacrifice for it. And from a pragmatic perspective, the opposition movement needs him, even if he remains politically naive. With the exception of veteran leader Morgan Tsvangirai, there are few politicians or activists in Zimbabwe who can match his combination of name recognition and charisma.

In leaving Zimbabwe, Mawarire may have taken the wind out of the sails of the burgeoning resistance movement. But his return, and his immediate arrest, offers a chance to regain some of that lost momentum, building on the extraordinary commitment displayed by Mawarire’s comrades in his absence. With elections coming up in 2018, it is a chance that surely must be taken. DM

Read the Daily Maverick’s exclusive interview with Pastor Evan Mawarire just prior to his return to Zimbabwe here.