Zimbabwe’s Pastor Evan Mawarire: ‘I’m coming home, and I don’t know what is going to happen’ 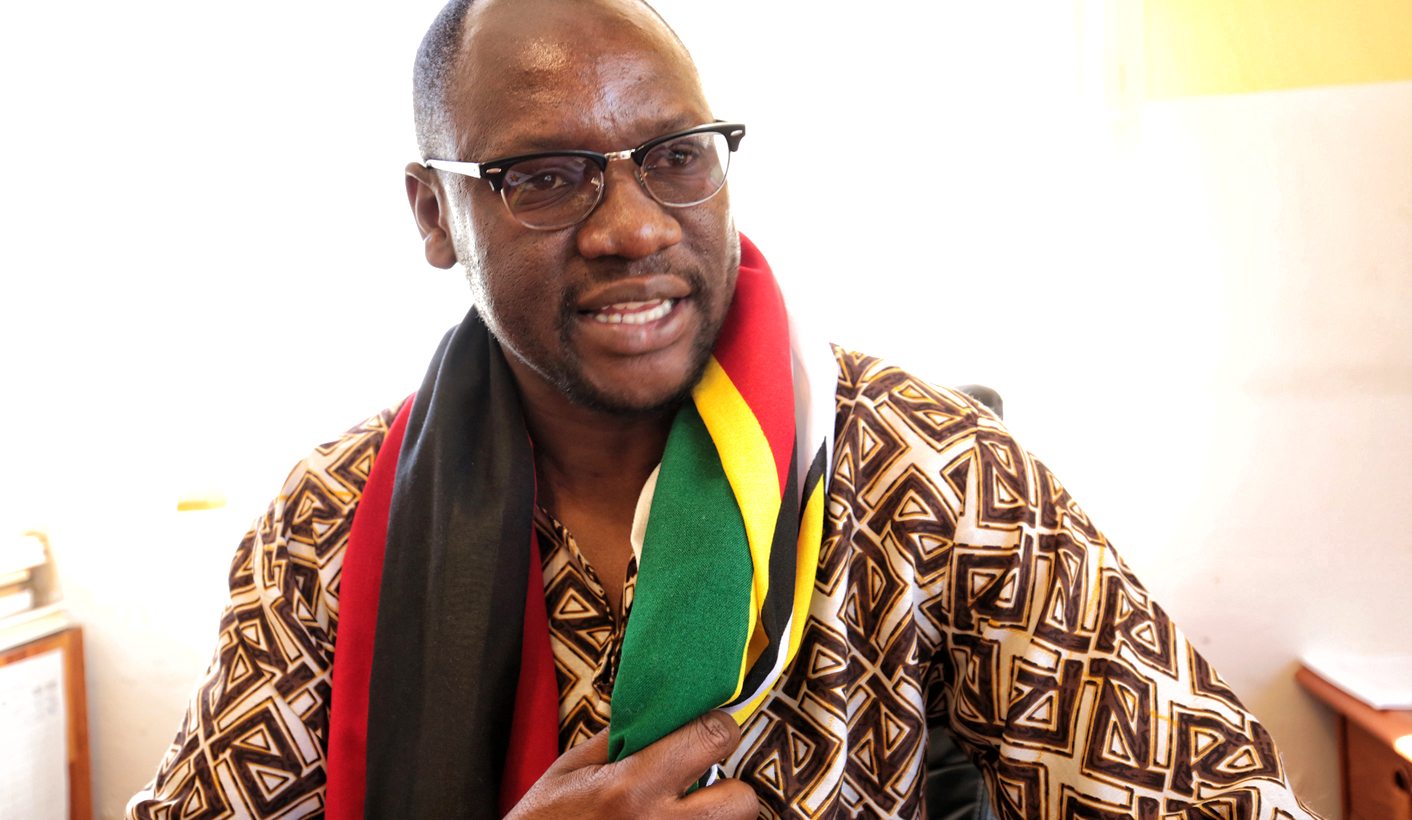 Just prior to returning to Zimbabwe, Pastor Evan Mawarire spoke to SIMON ALLISON about why he’s going home, what he is going to do there, and why he doesn’t mind being labelled a regime change agent.

Pastor Evan Mawarire is not sleeping very well, and he’s got good reason to be nervous. “I only get a few hours a night at the moment. I stay up thinking about what is going to happen to me when I arrive,” he said.

After six months in exile in the United States, Pastor Evan Mawarire is going home. Pastor Evan, whose eloquent, emotional Facebook video calling for change in Zimbabwe ushered in a new era of resistance to President Robert Mugabe’s regime last year, returned to Harare on Wednesday.

“At some point one has to stop wishing they were home, and actually pack their bags and go home,” Mawarire told the Daily Maverick, in an exclusive in-depth interview just prior to his return.

Speaking first from the United States on an encrypted phone line, and then again in-person at a guest house in Johannesburg, Mawarire said that he always planned to return to Zimbabwe at the earliest possible opportunity.

“Zimbabwe is home for me and my family. That’s the place where we have a right to be without acquiring a visa, we are citizens of Zimbabwe. The president of Zimbabwe made comments to the effect that I was not welcome in Zimbabwe, but he doesn’t get to make that decision for me. I have not committed a crime, I’m not a fugitive, I’m a citizen, and an upstanding citizen for that matter.”

In mid-July 2016, fearing for the safety of himself and his family, Mawarire fled Zimbabwe, along with his pregnant wife Samantha and their two children. This came shortly after Mawarire’s arrest on spurious treason charges, which were thrown out of court after an unprecedented show of popular support for the pastor forced the presiding judge to uphold the letter of the law.

President Mugabe had some harsh words for Mawarire following his departure: “So beware these men of cloth, not all of them are true preachers of the Bible. I don’t know whether they are serving God. They spell God in reverse,” Mugabe said in a public address. “The Mawarires, if they don’t like to live with us, let them go to those who are sponsoring them, to the countries that are sponsoring them.”

Mawarire says that he is aware that the situation remains dangerous in Zimbabwe, but that he believes his new-found global prominence offers some protection. “You can never be 100% safe. But I think the amount of work that’s been done over the last couple of months, the different recognition from different platforms and the galvanising of many Zimbabweans that has taken place, for me is a very important constituent for safety.”

Mawarire will not return to the life he left. He was a professional MC, but that career has been eclipsed by his reinvention as a political activist. Instead, he will take advantage of his public profile to help with unifying opposition politics in Zimbabwe, and focus on civic education, especially at the level of local politics. “The idea is that if people can engage their local leadership, their locally elected official concerning local issues, then they start becoming alert to the process of holding leaders to account, of bringing change and development in their own community.”

Mawarire is also considering running for public office. When he spoke to the Daily Maverick initially, from the United States, he was adamant he did not want to take that route. But by the time we met up in Johannesburg, his thoughts had evolved: “The more I think about the options, the steps going forward, I realise you can only shout about potholes for so long. You start to realise where change comes from. So at some point we have to start saying that for those that have the ability, the passion, or the buy-in from the people, it may be time to throw your hat in.”

Mawarire has also got over his initial disgust at the whole idea of getting involved in the ugly, messy business of electoral politics. He just didn’t like what politicians represented in Zimbabwe – the corruption, the greed, the naked ambition. “It’s the same as when you watch your father beat your mother, you say I will never be a husband. But then, when you grow up, you say you say will be a different kind of husband.” Mawarire, in other words, wants to be a different kind of politician.

He’s not sure, exactly, what public office he would run for, but says that he is likely to run as an independent instead of joining an established political party. It’s worth noting here that Zimbabwe’s next presidential election is planned for 2018.

Mawarire’s return will be cautiously welcomed by his colleagues in Zimbabwe’s growing social resistance movement, but there are also bridges to be rebuilt: Mawarire’s departure to the United States was criticised by some of his supporters, who accused him of hypocrisy for telling Zimbabweans to “scale the wall of fear” while running to safety himself. More cynically, others suggested that his new-found political persona was simply a ploy to earn a cushy American life for himself and his family.

The criticism stung, especially when it manifested in the form of vicious online insults about his wife and children.

“It’s not something that I was completely prepared for, I’ll be honest. At the same time I was consumed with getting to safety. In my mind it made sense that I need to get to safety. It’s one of those things that you would think is a no-brainer, that anyone can understand.

“But a lot of it has been good criticism, that I can use. It allows everyone to think about their involvement, their level of commitment to bringing change to Zimbabwe, what you stand to lose, what you maybe stand to gain as well. There is some that is not criticism, but is just abuse, or insults. It’s difficult to deal with that. You’re trying to remain someone who is a beacon of unity, a beacon of a different approach to doing things, but you’re being insulted or attacked for something that you have every right to have done in terms of safety for yourself and your family,” he said.

Mawarire’s family – his wife, Samantha, and three daughters, the youngest of whom was born in the United States – will eventually join him in returning to Harare. Mawarire is aware that his political choices have also changed their lives forever.

That’s true. It’s also true that if Pastor Evan gets his way, it’s more than just his family that will be affected – it’s an entire nation. President Mugabe’s propagandists like to describe him as a “regime change agent”, and he does not reject the tag.

“At the end of the day, every Zimbabwean must make a decision about what government they want. While I am not an illegal regime change agent, I certainly am a constitutional and democratic player in bringing change to Zimbabwe. Change is coming. Even those in Zanu-PF, they can sense it, this time around something is happening that is well outside their reach. I certainly am part of a change agenda in Zimbabwe, and I say that without fear or reservations. The time to shy away from saying ‘I am here to bring change’ has passed. Change is now the only certainty.” DM