Afcon 2017: The quarterfinals that were and the semi-finals that are to come 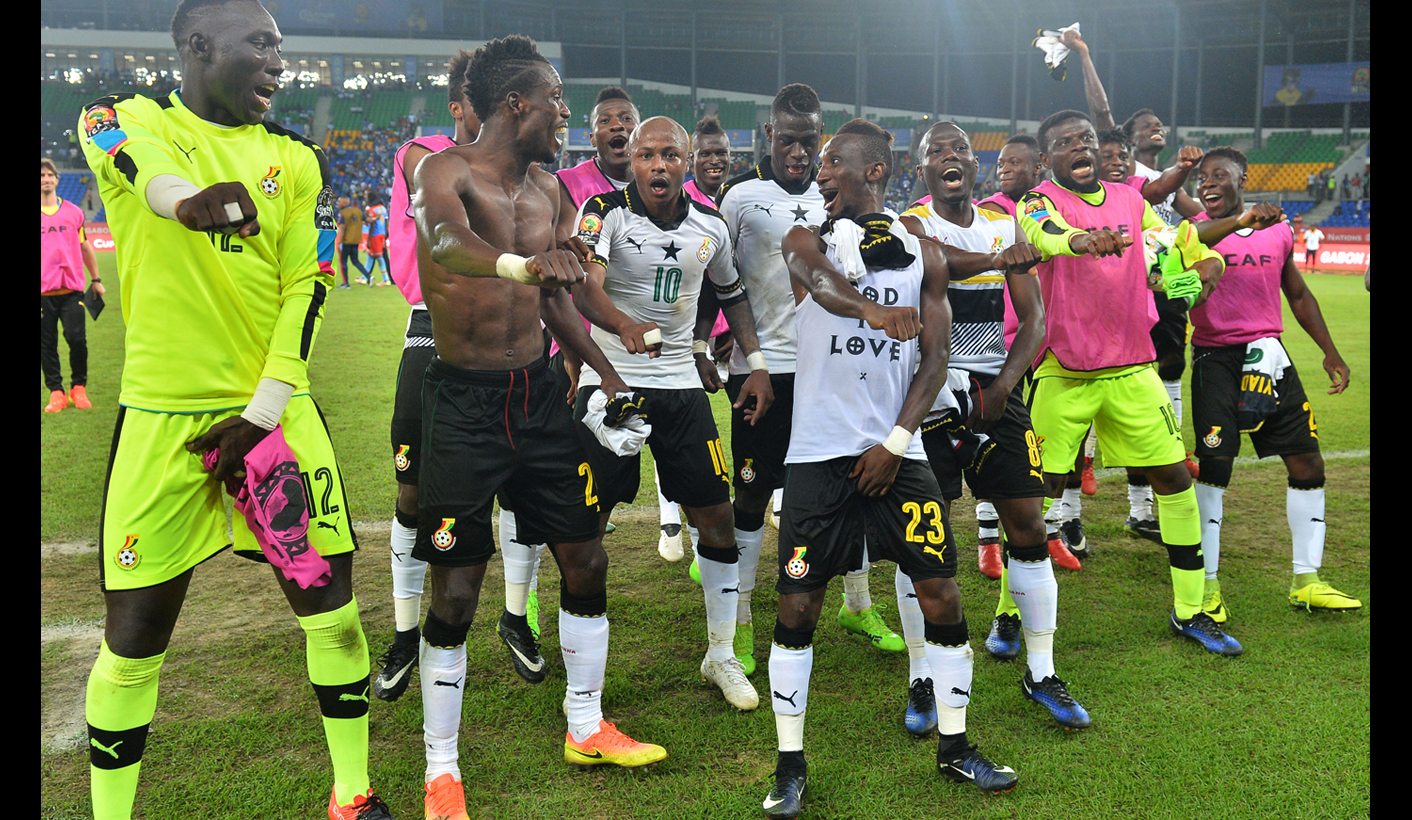 Egypt left it late, Ghana’s Black Stars shone bright, the tournament favourites are out and Burkina Faso went through the motions to make it the semifinals. It’s crunch time in the Africa Cup of Nations and ANTOINETTE MULLER watched it all so you didn’t have to.

Burkina Faso and seven-time title winners Egypt will square off in the first semifinal of the Africa Cup of Nations while Ghana and Cameroon will slog it out in the second semifinal on Thursday.

The quarterfinals weekend wasn’t exactly vintage Afcon – goals were few and far between and the fairy tale for Hervé Renard wasn’t to be – but the unpredictability of the tournament remains alive and well with Africa’s top ranked team, Senegal, eliminated and Egypt doing what they do best: pinching a goal at the death.

Here’s a recap of the weekend’s action.

It took over 87 minutes to separate Morocco and Egypt in a tetchy encounter on Sunday night. Anyone who had been paying attention to the tournament would have thought this game had penalties written all over it. The Pharaohs are yet to concede and Renard, the magician of African football, is a masterful tactician who very nearly managed to engineer yet another dream result. In the end, all it took was a moment of magic and classic football as Kahraba bundled in from close range off Mohamed Salah’s corner. Morocco were the dominant team in the second half, but just couldn’t find a way through Egypt’s defence. Ugly, but effective, probably best describes this outing.

The goal, for sure. And not just because we had to wait nearly 90 minutes for it. It was the perfect clutch-time goal.

Brothers Jordan and Andrew Ayew helped Ghana come from 1-0 behind against Congo DR to help propel the Black Stars into the Africa Cup of nations with a 1-2 win in Oyem on Sunday. Congo DR were by far the more attacking team throughout the encounter but that just four of their 17 shots found the target tells a story. The Leopards were wasteful in front of goal, particularly in the first half, and will rue the chances they missed considering just how quickly Ghana pounced later on. While the penalty that would ultimately see the Black Stars through was somewhat debatable and DRC will feel hard done by after a dangerous challenge from Daniel Amartey didn’t see a red card. And, just to rub it on, Ghana goalie Brimah Razak made an excellent save off a solid Cédric Bakambu strike with just three minutes left on the clock.

Oh the celebrations. Ghana’s famous dancing celebration came out, but it’s the Congo DR keeper’s bum jumping across the turf that takes things to the next level.

The Burkinabe have a bit of a reputation for being woefully boring when it comes to crunch clashes. That was almost true when they knocked Tunisia out of the Africa Cup of Nations on Saturday, until Aristide Bance made all the difference coming from the bench. Bance found the back of the net with a wonderful free kick just five minutes after coming on. Prejuce Nakoulma doubled the lead just three minutes later after Tunisia were caught on the counter in a desperate search for an equaliser. Things weren’t quite as utterly dull as the 0-0 scoreline or the fact that there were just five shots on target in the entire match suggest, but it certainly wasn’t vintage Afcon.

Nakoulma was given a yellow card for his excessive celebration. A lowlight for some, but a highlight to those who sat through 80 minutes of dull football. Both sides were clearly frustrated with each other and things got a bit tetchy at times, including Kouakou Koffi being elbowed in the bollocks by Mohamed Yacoubi and subsequently clutching his face in a wonderful bit of play acting.

Senegal crash out through a cruel penalty shootout

“The Most Expensive Player in Africa”, Sadio Mané, missed from the spot and sent much-favoured Senegal crashing out of the Africa Cup of Nations over the weekend after losing 5-4 to Cameroon on penalties. Cameroon and Senegal were deadlocked 0-0 after extra time, forcing the dreaded penalty shootout in Franceville. A young Indomitable Lions side looked rattled in the first 20 minutes, but found their composure and managed to cling on, despite Senegal dominating 69% of possession. Senegal created a few chances, but woeful finishing in front of the goal forced the match to penalties. In a repeat of the 2002 final of the competition and square-off from the spot and everything looked set for another classic Afcon shootout, until Mané took possibly the worst penalty of his career. The Liverpool star man was last in line for the kick, and was reduced to a screaming heap at the end of it.

Cheikhou Kouyaté playing for almost the full 120 minutes, despite having had his head and his wrist bandaged up after being scissor-kicked in the noggin. While there’s a case to be made for football needing to be more careful with head injuries, every single player who ever dives and feigns injury should be made to watch the Senegalese captain’s effort from this quarterfinal.

It was the second time that Senegal coach, Aliou Cisse, suffered an Afcon exit in a penalty shootout at the hands of Cameroon. He was captain of the team when they lost to Cameroon in the final back in 2002.

In a bid to soothe his tears and to ensure they suck a little bit less in their next fixture, Liverpool splashed out for a private jet to fly Mané home so that he can play against Chelsea later this week. DM

Photo: Ghana players celebrate a victory during the 2017 Africa Cup of Nations Finals Afcon Quarter Final football match between DR Congo and Ghana at the Oyem Stadium in Gabon on 29 January 2017 ©Samuel Shivambu/BackpagePix