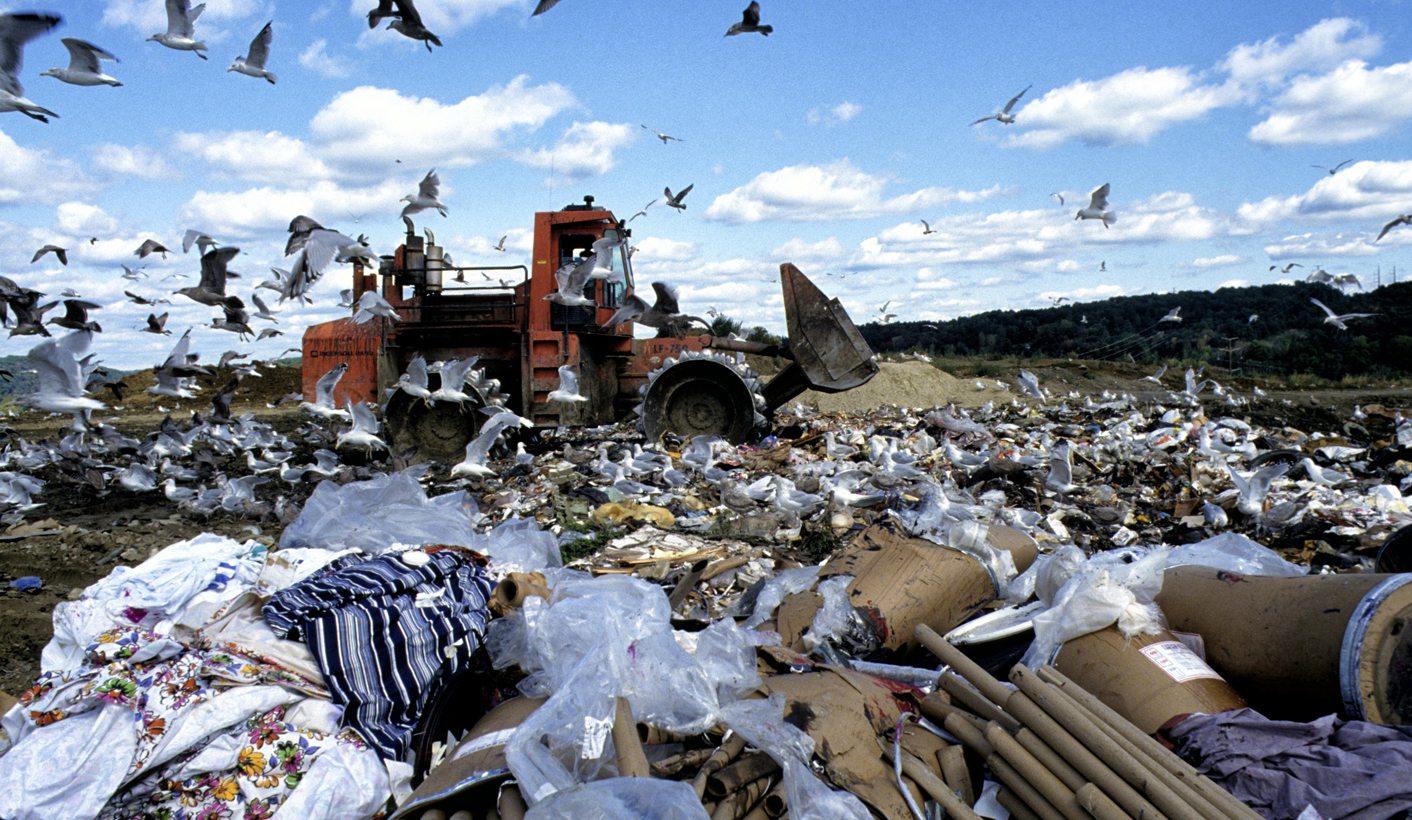 Urban mining is fast becoming a more prolific research area, with scientists, economists and other scholars the world over channelling their energies towards a waste-free world. New research from the University of Cape Town suggests that not one or two, but all waste streams can be monetised in South Africa – and that this could have a profound impact not just on the environment, but on the economy as a whole. MARELISE VAN DER MERWE spoke to one of the researchers.

Urban mining – reclaiming compounds and elements from products and buildings when they have reached the end of their useful (first) life – can transform South Africa’s green economy, push GDP growth, and create jobs where they are needed most.

That’s according to a new study by researchers at the Energy Research Centre (ERC) at the University of Cape Town (UCT). Entitled ‘The general equilibrium impacts of monetising all waste streams in South Africa’, by Faaiqa Hartley, Tara Caetano and Reza Daniels, the research assessed the impact of repurposing 13 waste streams.

The title may not sound like a page-turner, but don’t be deceived: the content is a potential game-changer. South Africa has a major waste management problem. The World Bank in 2012 ranked South Africa 15th in the world for waste generation, with the average South African producing around 25 tonnes of waste in their lifetime – only a tenth of which was recycled. The landfills are filled to capacity, with some 108-million tonnes of waste being generated each year. Nonetheless, even the relatively small amount of recycled waste is a metaphorical goldmine: in 2011, the Department of Science and Technology reported that despite low uptake, recycled waste fed R8.2-billion per year worth of resources back into the South African economy. Enter urban mining: digging for precious resources among urban waste. Waste as the new gold, if you will.

Hartley, Caetano and Daniels used a computable general equilibrium model for South Africa (known as Sage) to assess 13 waste streams monetised by the Department of Science and Technology in its 2014 Waste Road Map Report, analysing the impact at three recycling levels: 29%, 47% and 100%. In a separate report, they also examined the existing impact of waste tyre management. The results were promising: according to the above model, depending on the level of recycling within those 13 waste streams, real GDP could increase by up to 0.5%, with just under 14,000 new full-time equivalent jobs created. The streams expected to deliver the greatest impact were electricity generating streams, for example through the combustion of municipal waste; construction and demolition waste; plastics and glass.

“Through economy-wide effects, an increase in the share of recycled products by 18% has the potential to increase real GDP by 0.1% and employ an additional 4,000 workers. If the target of 100% of all waste recovered and recycled were achieved, real GDP could increase by 0.5% and an additional 13,661 jobs could be created,” the authors wrote.

To some extent, South Africa is on its way to monetising waste effectively. The National Waste Management Strategy, undertaken in 2011, aimed to combat the landfill problem; the National Environmental Management Waste Act (NEMWA) set the goal to divert 77% of recyclable waste away from landfill sites by 2019. So far, the waste tyre stream has been monetised, with the intention to incentivise recycling through waste tyre fees. By 2015, just shy of a third of the country’s tyres were being recycled (compared to 4% in 2013). Alongside, about 3,000 jobs were created and around 200 small, medium, and micro enterprises and co-operatives established, all related to the Waste Tyre Management Plan. The paper and packaging stream is also working on increasing its recycling efforts in line with NEMWA.

That’s a drop in the ocean, according to the new study; the potential for monetising other streams is apparently much larger than the tyre stream. “The volumes of other waste streams far exceeds waste tyres in terms of total tonnages,” Daniels told Daily Maverick.

Globally, there’s an increasing awareness of the potential of urban mining and more strategic waste stream management. In recent news, Vancouver scientists recently developed a flowsheet to extract copper, silver and various rare earth metals from used LED bulbs. The UK Green Building Council recently recorded the lowest carbon footprint of any building refurbishment, completed renovations using 98% recycled materials obtained from urban mining. And in South Africa, there has long been a thriving informal network of recyclers who play a crucial – if often unrecognised – role in cleaning up cities and ploughing waste back into the economy; a role that the South African Waste Pickers’ Association and the Global Alliance of Waste Pickers are campaigning to increase awareness of. (Pieter van der Westhuizen, director of Lothlorien Recycling in Johannesburg, has previously said that waste pickers account for around 35% of the organisation’s recycling intake; an occupation that can reportedly earn them around R120-R200 per day.)

Daniels – an economist and head of Research and Development at REDISA – says the economic potential of monetising all the country’s waste lies in its potential for job creation, but most specifically in creating these jobs where jobs are needed most.

“The findings of the study are significant because they suggest that South Africa’s growth path, which has previously been skills-biased with very low levels of employment growth, can be altered to be less skills-intensive and more employment-intensive if we focus on a growth strategy that beneficiates all waste streams,” Daniels explains.

“Our need to grow the economic pie in South Africa is now more important than ever before. Waste offers us the opportunity to take what is fundamentally dead capital and bring it back to life by monetising it.”

Here’s how urban mining works: it starts with waste sorting, collection, transportation, storage, and transformation through recycling, preparation for re-use, and/or waste to energy technologies.

“This value chain creates the majority of employment opportunities among low and medium-skilled workers, and South Africa greatly needs this capacity in order to get the unemployed to work in large numbers,” says Daniels.

Additionally, say the authors, benefits include the potential to increase domestic supply and lower prices of commodities through the re-introduction of recycled commodities, ultimately creating a more affordable lifestyle for consumers. Other predicted impacts, they added, were a likely increase in household income (calculated at up to 0.6%) driven by increased returns in production factors and increased levels of employment. Coal mining would probably decrease, they noted, but there would be a parallel increase in GVA (gross value added) for electricity-intensive users such as iron and steel. And then, of course, there would be the social and environmental impacts, including reduced greenhouse gas emissions, less soil and water contamination, and fewer detrimental health consequences associated with high waste levels.

“With the ever-present threat of a downgrade to junk status, high unemployment figures and a shrinking GDP, the SA economy is facing a tough time,” Daniels wrote shortly after the study was released. “The depreciating rand and natural resources mean we can no longer rely on legacy industries such as mining and manufacturing to drive […] much-needed industrial development and job creation.”

So what’s the next step? Daniels underlines the need for ongoing legislative support.

“One of the quickest ways to effect change is to formulate legislation that compels producers to pay a waste management fee for the products they produce and develops a plan for how to manage the waste from collection points through to recycling.”

This, for example, was done for the tyre waste stream.

“If this can be done for each waste stream then it will immediately trigger the kind of benefits that our study suggests is possible.” DM

Disclosure by the study authors:

In line with its mandate in terms of research and development to promote recycling and circular economy in South Africa, REDISA funded the ERC research. Funding of the papers had no impact on its findings.