Op-Ed: ‘You are rubbish. Go back to where you belong’ – the plight of widows in Zimbabwe 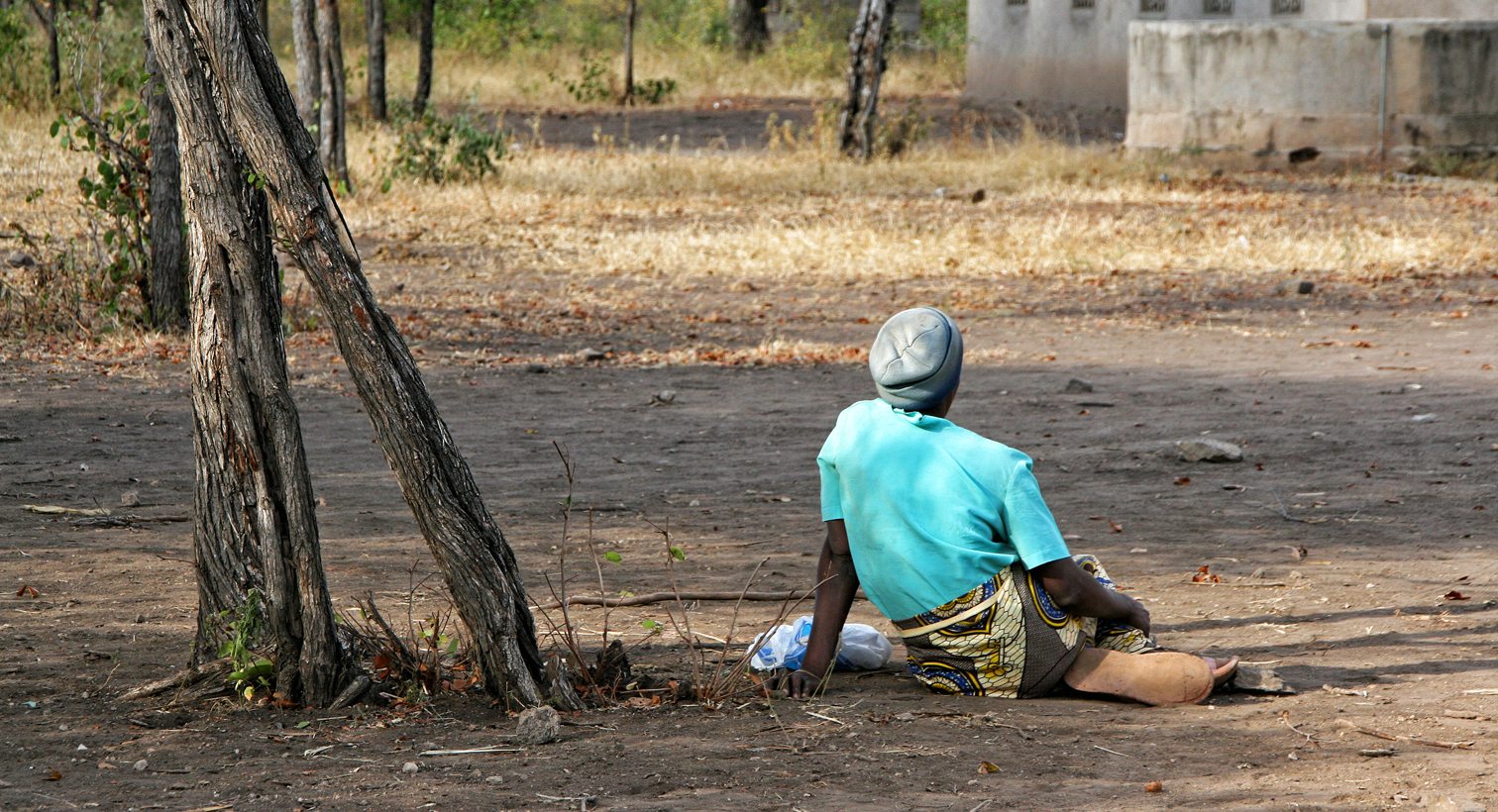 In Zimbabwe, widows are routinely deprived of land and property rights when their husband dies, and receive little to no protection from the government. This needs to change. By BIRGIT SCHWARZ.

When Moud Gohwa Taremeredzwa lost her first husband at the age of 26, she faced a stark choice: move in with her deceased husband’s elder brother as his new wife, or lose everything she had worked and lived for –including her children. Moud opted for the latter. With nothing but a blanket and her last newborn baby boy, she moved back to her parents’ homestead in rural Zimbabwe. It was 1962, and at the time a young widow stood little chance of challenging customary law that entitled a husband’s family members to inherit not only a deceased relative’s property but also his wives and children.

Years later Moud found herself in a similar situation after her second husband passed on. But times had changed and so had the laws, and when her late husband’s family tried to take her home, Moud decided to fight. “I was not going to take this, this time,” she says.

Born in 1936 in a remote area on Zimbabwe’s border with Mozambique, Moud had little formal education. But the wiry woman with the sceptical smile has pride, and her bright eyes reveal her passion to fight for what is right.

She is one of thousands of Zimbabwean women who, upon becoming widows, lose much more than just their husbands. They stand to lose their land and livelihoods, too. Shortly after their husbands die, in-laws claim the couple’s properties and wealth. Evicted from their homes, and at times violently stripped of possessions, women who survive their husbands often end up with no roof over their head, no means of income, and no support, Human Rights Watch found in its new report, “You Will Get Nothing.” Many of the women, already older, are pushed into extreme poverty. Fighting back takes courage and costs money that many widows do not have.

Moud’s first husband was a wealthy, influential, and well-travelled man who owned a bakery, a takeaway restaurant, and several grocery shops. He had two other wives when she married him, but no children. “He really needed children, he told me,” she recalls. “I also wanted children so badly. That was the thing that brought us closer.

Once the bride price of six heads of cattle had been paid, the two were declared husband and wife. A year later, Moud gave birth to their first child. “It was a moment of great happiness,” she declares.

The family prospered in the years that followed. Moud and her husband had six children together. She had her own flat and shop, and her husband made enough money to support his parents, brothers, and sisters. “Everybody depended on my husband,” Moud recalls. “We were a united family.”

That is, until the day her husband was struck down by a heart attack.

“All hell broke loose that day,” says Moud. Heartbroken and mourning her husband, the young widow found herself in an impossible situation. Only if she consented to becoming the fourth wife of her husband’s brother could she be with her children. “He already had three wives and many children and was not doing well, although my husband had given him a shop to set up his own business some years before his death,” she says with disdain.

She simply couldn’t accept being taken over by her brother-in-law, and had no choice but to leave her home, shop and even five of her six children – although she knew that her late husband would have wished for a better future for them. “His wealth was supposed to keep the children alive and give them an education,” she states bitterly.

With her newborn son, Malvern, wrapped in a blanket on her back, she moved on to try to rebuild her life –knowing that even Malvern would be claimed by her in-laws when he turned seven.

Back at her parent’s home, Moud started a pig farming and cattle fattening business. To supplement her income, she brewed traditional beer. Her resilience impressed a local teacher. Finally, in 1967, she agreed to marry him. This time, she made sure the marriage was registered, a move that would save her later.

Over the years, Moud’s second husband took two more wives. The second wife abandoned the family in 1980, and Moud was left to care for that wife’s children, two sons and a daughter, as well as the three daughters she had from this marriage. Her own son, Malvern, had meanwhile been forced to “live a miserable life” at his uncle’s homestead, where there was never enough to eat and where he was put to work instead of being allowed to get a high school education. And still Moud made sure her stepchildren received the kind of schooling Malvern was denied.

But when, after 43 years of marriage, her second husband died, her eldest stepson turned on her, trying to take her home, her land, and her possessions.

“We had a lot of fruit trees – mango and apple trees, peach, guava, orange and lemon trees, so many of them,” she says. “And we had built a nice house and a grocery shop. But this stepson wanted to take over everything, including our cows and oxcart. He said, ‘You need to take instructions from me. You are rubbish. Just go back to where you belong.’”

Moud swore she was not going to let this happen. She had already lost everything once. Her children implored her to let the matter go and promised to look after her. She would have none of it.

When the local headman refused to step in and stop her stepson from harassing her, Moud decided to take the matter to court. “She did not have a clue who to turn to,” her son, Malvern, recalls. “But she was determined to stop this.”

Moved by his mother’s fighting spirit, Malvern, who had resorted to night school to finish his education and had moved on to become a human rights defender and chairperson of the Marange Development Trust, helped her find a nongovernmental organisation to take on her case free of charge. She still faced hurdles. When the group stopped paying the legal fees, the family was forced to hire their own legal counsel, until the Legal Resource Foundation, one of the largest human rights organisations in the country, finally stepped in.

Moud was more fortunate than many women in her position. She had a son who knew the ropes, and she and her husband had registered their marriage – something only a small percentage of couples in Zimbabwe have done, even today.

Many widows Human Rights Watch interviewed for the report described the insurmountable obstacles they faced defending their property or trying to reclaim it from property-grabbing relatives without a registered marriage. Not only was the experience daunting, but many could not afford court fees and were forced to drop their cases.

Three years and many costly trips to court later, Moud was finally granted legal ownership of her homestead, her cattle, and her orchards. The case cost her two of her four cows and many sleepless nights. But, she says, “it was very much worth it”

At 80, Moud can finally enjoy the fruits of her life, and tend to her orchards in peace. “Finally, I can sleep again,” she says.

Even her son Malvern feels inspired by her success. “There were times when we feared that we were going to lose our mother,” he says. “She was so distressed. But I am happy that we fought this case. It was an eye-opener to see how many women are affected, and who do not have the knowledge to fight their dispossession.” DM