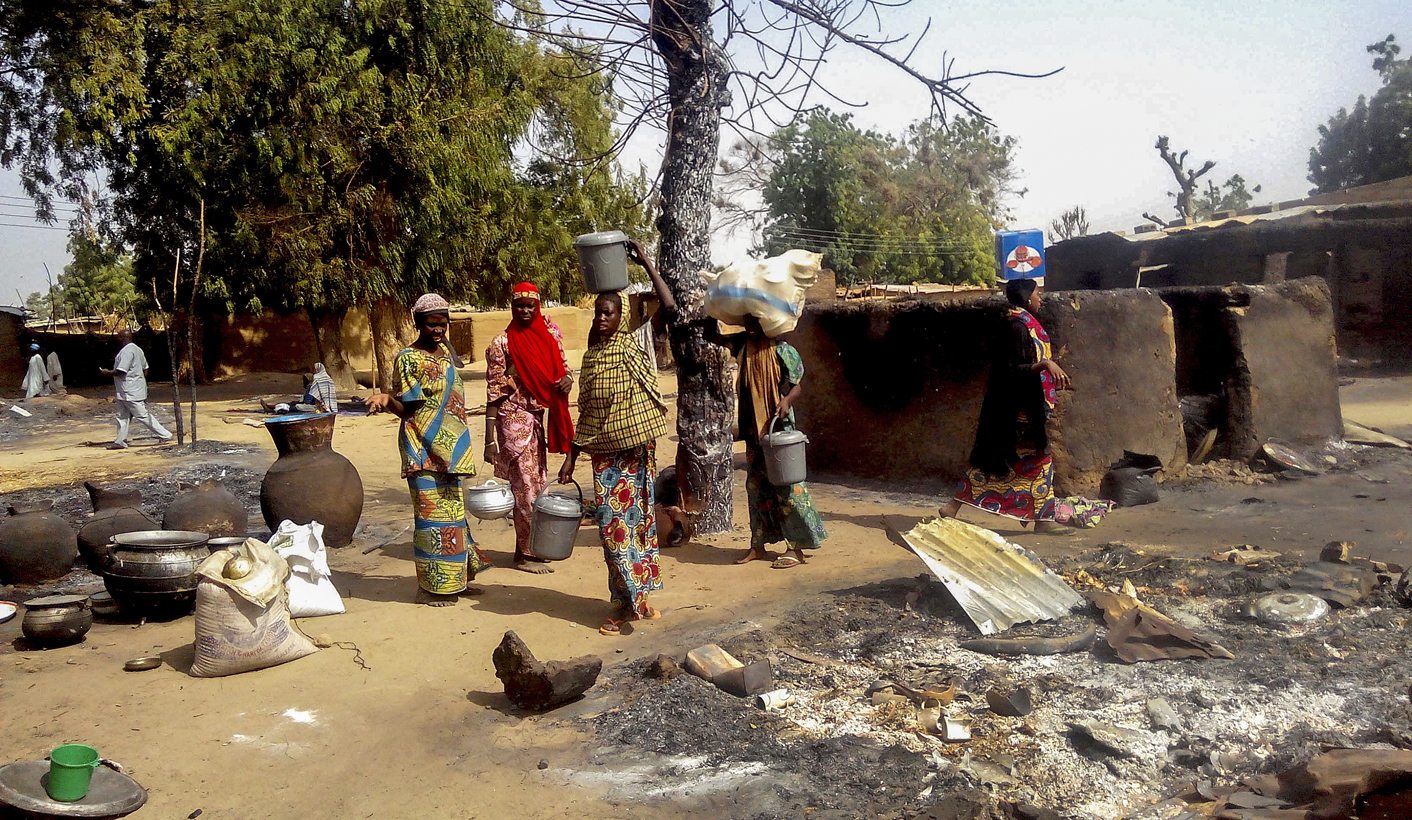 Despite some successes in 2016, terrorism remains a pressing security issue for the African Union. By Omar Mahmood for ISS TODAY.

Over the course of the past year, the African Union (AU) experienced a mixed bag of advances and setbacks in its efforts to curtail Islamic-inspired terrorism. As the 28th AU Summit kicks off in Addis Ababa, it is useful to review these, given that terrorism will remain a pressing issue in 2017.

The fluctuations in successfully addressing this issue were particularly apparent in Libya. The Islamic State (Isis) seized control of Sirte in May 2015, incorporating the coastal city as a key area of its global caliphate. Nonetheless, a campaign initiated by militias from the nearby city of Misrata in May 2016 – supported by United States air power – culminated in the liberation of Sirte in December.

While a significant achievement, the risk to Libya remains as many Isis militants probably escaped to other parts of the country. This threat extends to Libya’s neighbours as well. An attempt to take over the Tunisian border town of Ben Guerdane was repelled in March, while Chad recently closed its border over fears of militant movement in southern Libya.

The AU’s efforts on Libya have focused mostly on the political sphere. A conference on political reconciliation in Libya has been proposed, though not yet held, in the hopes that resolving the differences between competing factions would shrink the space in which militants can operate.

In Mali, the northern part of the country remains a hotbed of terrorist actors, while the centre has experienced a proliferation of both extremism and violence. Worryingly, this has not been contained inside Mali’s borders. January and March 2016 saw large-scale assaults in Ouagadougou, Burkina Faso and Grand Bassam, Côte D’Ivoire, respectively. Additionally, an increasing number of incidents have occurred along or within the borders of Burkina Faso and Niger.

This development highlights not only the trans-national nature of the terrorist threat, but also the crucial role of northern Mali in the mushrooming regional violence.

The AU has discussed the creation of a mission to Mali to complement the United Nations [UN] peacekeeping mission, MINUSMA. The idea is to provide a mandate that focuses more specifically on counter-terrorism than the one currently employed by the UN force. Although a mission had been sent to assess conditions on the ground, few specifics have emerged regarding the plan.

In the Lake Chad Basin region, Boko Haram has expanded its geographic focus over the past few years to threaten all of Nigeria’s neighbouring countries: another example of a terrorist entity that had initially been confined to a single nation, but then transitioned to become a cross-border threat.

Although Boko Haram lost much territory under its control and then split into two major factions in 2016, terrorist violence, particularly suicide bombings, remain common as the conflict rages into its eighth year.

The AU has played a more proactive role with regards to the Lake Chad Basin. It renewed the mandate of the Multi-National Joint Task Force [MNJTF] in January 2016, and organised a donor conference in February [which fell short of intended targets]. The MNJTF has made substantial gains against the militants through continued, and at times well-coordinated, offensives in 2016, and it is an example of the AU’s ability to rely on regional organisations to play a leading role.

Nonetheless, issues remain regarding the command and control of the force. Regional armies are more liable to respond to their respective capitals than a central command, and funding concerns also remain significant, further demonstrating the difficulties experienced when co-operation between member states is required.

In Somalia, the AU has had its longest history of involvement in countering Islamic extremism. The AU has battled extremist organisation al-Shabaab via the African Union Mission to Somalia [AMISOM] since 2007. Despite command and control issues similar to those experienced by the MNJTF, AMISOM has been heralded as one of the more successful African peacekeeping missions. The mission has achieved a number of notable victories, such as the eviction of al-Shabaab from Mogadishu and other strongholds like Barawe.

Nonetheless, AMISOM offensives diminished in 2016, and al-Shabaab remains a potent threat. The group has committed large-scale violence targeted at AMISOM, such as the assault on an Ethiopian-operated base in Halgan in June, in addition to continued suicide attacks in more secure areas like Mogadishu.

Moreover, the future of AMISOM has become uncertain. Questions regarding external funding and support for the mission have ushered in a decision to begin withdrawing forces in 2018, ahead of a full pull-out by 2020. An early 2016 move by the European Union to reduce AMISOM troop allowance payments by 20% highlighted just how limited resources are when it comes to combatting terrorism on the continent. It also raised important questions as to the sustainability of external funding in this regard.

Additionally, however, the risk of terrorism and radicalisation in Africa extends beyond countries currently suffering from active violence. The emergence of Isis has spurred recruitment efforts in nations as diverse as Rwanda, South Africa and Morocco. According to various media reports, local authorities have broken up Isis-aligned cells in those countries, among others, although the extent of direct links to the global jihadist outfit is unclear. Nonetheless, other combatants have migrated to Isis-controlled areas in Libya, Syria and Iraq. These fighters may return as the jihadist organisation continues to suffer battlefield losses, with designs on replicating extremist violence at home.

In this sense, the threat of terrorism to Africa is both geographically diverse and constantly evolving, which means that dynamic responses are necessary.

The military responses of 2016, which focused on reclaiming territory from terrorists and stymieing operations, form an important facet of countering terrorism on the continent. However, these tactics are just one aspect in what will surely be a long struggle.

Despite military operations, extremist groups have been able to entrench and expand their presence in places like Somalia and northern Mali. Along with limited but troubling reports of recruitment in other corners of the continent, this indicates that the appeal of Islamic extremism has staying power.

Creative responses are needed, specifically in terms of eradicating the presence of extremism at a community level. This is an aspect that the AU should be able to help co-ordinate – and it is all the more pertinent given the trans-national nature of the threat.

This year will be another important one for the AU in the battle against the spread of terrorism. Although the issue is a priority, it is unrealistic to expect the scourge to end anytime soon – regardless of what transpires at the latest summit.

Nonetheless, important steps could be taken. These include securing additional funding for the MNJTF and AMISOM and rejuvenating stalled initiatives like a peacekeeping mission to Mali, political dialogue in Libya, and even the long-delayed Peace and Security Council sub-committee on counter-terrorism – which must still be made fully active. All of these actions could help ensure that the highs in the battle against terrorism outweigh the lows in 2017. DM

Omar Mahmood is a researcher for ISS Addis Ababa

Photo: Nigerian women gather their belongings to depart the village of Mairi in the Konduga local government area of Borno State, North-East Nigeria following Boko Haram attacks over the weekend, Nigeria 08 February 2016. Three women and one man were killed during the attack which led to the destruction of the village. Nigerian military have been carrying out operations against Boko Haram following the recent Boko Haram attacks. Boko Haram insurgents have been waging a terror campaign in Northeast Nigeria for over 5 years. EPA/STRINGER