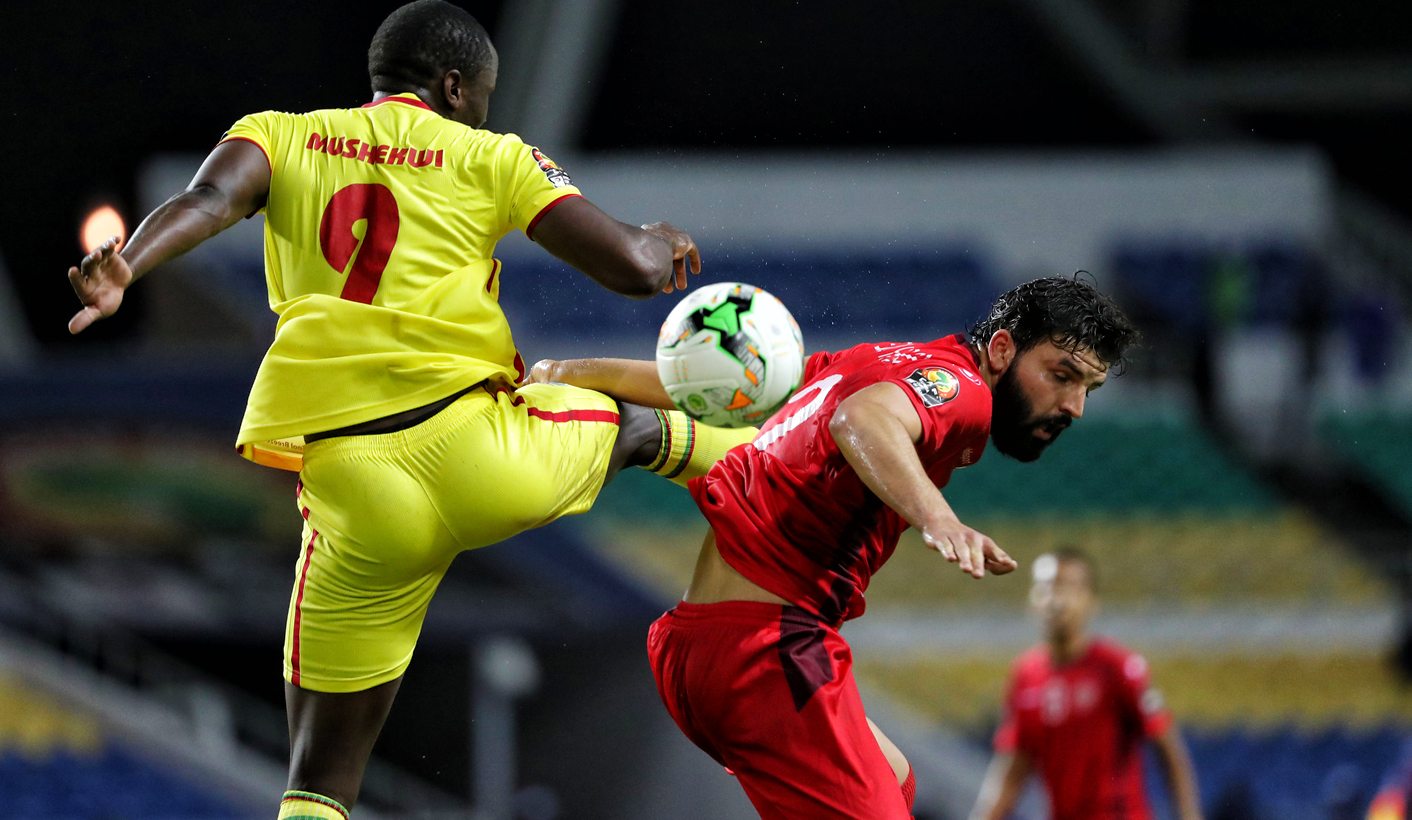 While Monday’s final round of Group B fixtures was a case of going through the motions, Tuesday’s Group C fixtures should have a bit more bite to them as the group remains fairly open to all four sides. By ANTOINETTE MULLER.

Senegal conceded their first goal in the tournament and just to make a point, they conceded another as they drew 2-2 against Algeria in the final Group B fixture on Monday. Senegal rested almost their entire starting XI from their previous match, but still the Fennec Foxes could not find their first and only win of the tournament. On a number of occasions, the match very nearly descended into handbags, but Algeria only have themselves to blame for their early exit.

More than 40 fouls were committed on the pitch as Algeria continued their poor run and failed to recreate the magic of the 2014 World Cup. In the stands on Monday night, their fans lit their final flares knowing they would be heading home.

Zimbabwe, meanwhile, finish the tournament having surprised a few, but falling short both defensively and in structure. They lost 2-4 to Tunisia in their final group clash, setting up a quarter-final showdown with Burkina Faso on Saturday, joining Cameroon and Senegal who are already through, also playing each other on Saturday. Here’s what else you might have missed.

Togo might be without veteran goalkeeper Kossi Agassa in their crunch clash after his house was vandalised by supporters who blamed him entirely for the loss against Morocco. Agassa’s home in Togo had to be put under police protection following the attack on his house and coach Claude le Roy said the player was “emotionally affected” and would be allowed to skip the match if he so wished. Agassa has represented his country for nearly two decades and while he had a mare against Morocco, he was instrumental in helping Congo DR to a goalless draw against Ivory Coast.

Guinea-Bissau were rank outsiders heading into the Africa Cup of Nations and while their journey came to an end on Monday night, losing 2-0 to Burkina Faso, coach Baciro Candé had nothing but praise for his charges. Their best result of the tournament came in their opening fixture – a 1-1 draw against hosts Gabon – but even just making it to the tournament has been an achievement. Just seven years ago, the country did not have the funds to sustain a national soccer team. They had not played an international fixture for three years. Last year during the qualifiers for this competition, though, Guinea-Bissau made history and former captain Bruno Fernandes said the country basically stopped for three days in order to celebrate the team’s achievement. No wonder then that their coach Candé wasn’t too demoralised by their efforts. He believes that with a bit more experience things could be a lot different. Their next challenge is to keep on qualifying for tournaments, according to the coach.

Over the weekend, a group of hackers claimed responsibility for taking down the Confederation of African Football’s (CAF) website. At the time, CAF said they could not confirm that it was indeed a hack. They have since confirmed that it was indeed malicious while hackers reiterated their message of anti-dictatorship protest to the BBC. They say they have added additional security in order to ensure it doesn’t happen again. Nobody told them that this might sound like a challenge to hackers.

Asamoah Gyan said what everybody is thinking, but this is tournament football and no word goes unscrutinised. Speaking to the media, the Ghanaian legend said he reckons Senegal are the only team who are “real contenders for the title”. Ranked first in Africa, Senegal were hot favourites heading into the tournament. Just like Ghana, Senegal have won all of their group fixtures, but Gyan would never be so cocky as to put Ghana under all that pressure.

Despite not winning a single match at the Africa Cup of Nations (with one more still to play), president of the Uganda Football Association, Moses Magogo, says coach Milutin Sredojevi?’s job is safe. The Serbian helped Uganda make history by helping them to qualify for the tournament for the first time in nearly 40 years and for Uganda’s FA, that’ll do for now.

We’re in for a heck of a day in Group C on Tuesday. Morocco play Ivory Coast while Togo take on Congo DR. As things stand, Congo DR top the group with four points, but there are all sorts of scenarios that could play out. Let’s take this team by team.

Congo DR: A straight win or a draw will do.

Morocco: A draw will be good enough, regardless of the result elsewhere, and a win will see them through, while a loss will knock them out.

Ivory Coast: Only a win will be good enough to see the defending champions progress.

Togo: Togo are still in with a rank outside chance and Emmanuel Adebayor’s men will have to win their final fixture against Congo DR in order to progress. This result would put them level on points with Congo DR, but will see them progress based on the head-to-head rule.

Ivory Coast have qualified for the knockout stages in each of the last six editions of the tournament and last got knocked out at the group stage in 2002.

Quote of the day:

“I want to reassure everyone, do not worry. In 2015 we started like that and we finished champions.” – Serge Aurier, from defending champions Ivory Coast. The Elephants started their 2015 Afcon campaign with two draws, exactly like this time around. DM

Photo: Nyasha Mushekwi of Zimbabwe (l) challenged by Syam Habib Youssef of Tunisia (r) during the 2017 African Cup of Nations Finals Afcon football match between Zimbabwe and Tunisia at the Libreville Stadium in Gabon on 23 January 2017 ©Gavin Barker/BackpagePix