Much ado Abbott nothing: Substantial Kolpak signings concerning, but not surprising 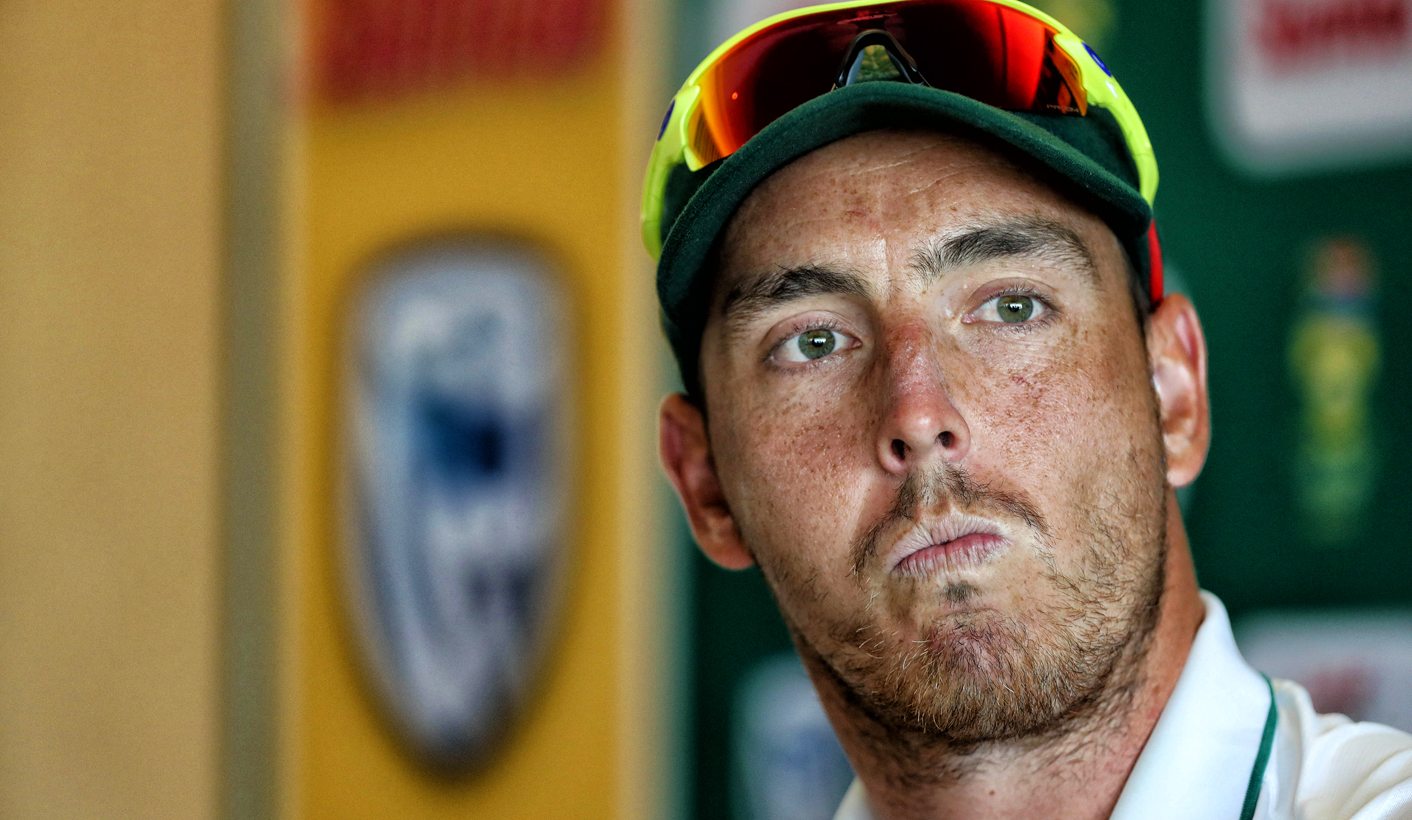 Kyle Abbott and Rilee Rossouw became the latest two players in a long list of “Kolpak” signings over the last few months. Both came as a surprise to the team and management staff, but in the grander scheme of things, it speaks more of the global political climate. Still, there is a number of reasons to be concerned, especially considering Abbott high-profile. By ANTOINETTE MULLER.

On Thursday, a tearful Kyle Abbott confirmed his retirement from international cricket after just 11 Tests and 49 limited overs matches. Abbott will take up a contract with English country Hampshire in a move which captain Faf du Plessis described as a “red flag”.

Abbott, who turns 30 later this year, is a seam bowler in the prime of his career, but has spent much of it on the fringes of the team. Over the last few months, however, he has enjoyed a successful and lengthy run with the national team, following injuries to Dale Steyn and Morne Morkel. Therefore, his decision is as easy to understand as it is puzzling. Abbott wants to ensure that he has the financial security after his cricket comes to an end. At the same time, losing a bowler of his stature who is just coming to maturity is a tremendous loss for South African cricket.

At a lengthy press conference, Abbott’s main reason for the decision seemed to centre around job security; the deal had apparently been signed off many months ago. Abbott said that at times he felt like he was “never too far away from being dropped” and the safety of having a set income for four years – including a clause to play in the Indian Premier League and supplement this new income even further – was of massive consideration.

Despite this, staggeringly, Du Plessis said that Abbott’s retirement was not something the team had expected, but one which the team and Cricket South Africa (CSA) has to address. This was echoed by both coach Russell Domingo and CSA CEO Haroon Lorgat. Although Domingo admitted to having had “discussions” with Abbott to encourage him “to stay” throughout 2016, he didn’t seem to have an inkling that a deal of this scale had been concluded.

While Abbott admitted that the cash on offer wasn’t grossly more than what he could earn on national duty, the term “job security” kept cropping up. By some it might be interpreted as to relate to the so-called “transformation targets”.

In the aftermath of Abbott’s departure – and it is a substantial loss, the most high profile Kolpak signing since the system began – there will be many post-mortems trying to dissect why this is happening to South Africa’s players.

Some will, without a doubt, try to point to transformation as the red herring. Du Plessis, when asked about the recent departures, said that “opportunity to play” was one of the factors why players might choose to leave, but was at pains to stress that it was not the sole reason and that all factors are of concern to the team.

“He’s someone who has been not sure for a long period of time. We respect his decision, I don’t agree with it, but I respect it. Six months ago, I could understand it more. Sitting here today, I don’t understand it,” said Du Plessis.

Still, attempting to blame transformation or targets would be nothing short of irrational. The selection drama that underscored the 2015 World Cup might have jarred him slightly, but Abbott has almost always been competing against another white player for his place in all formats. Most recently, in the one-day series against Australia, it was a choice between Dale Steyn or Abbott. That Abbott is arguably a better limited overs bowler than Steyn at the moment is a discussion for another day, but this serves to illustrate that the argument over his decision being largely influenced by “targets” appears flimsy at best.

Abbott himself said the targets “existed since he started playing cricket” and that “he’s never used them as an excuse and never will”.

Far more of a concern for CSA and the team is that Abbott seemingly never felt like he could raise these concerns with his employers. His decision has clearly jarred the governing body and will serve as a wake-up call in how they manage their players at national and domestic level in future.

But while Abbott was spoken of with fondness by his peers, Rilee Rossouw, also leaving on a Kolpak deal, has borne the brunt of CSA’s ire. A visibly irked Domingo said that the team has not heard from Rossouw “since returning from Australia” and “received an e-mail from his iPhone where he even spelled my name wrong” informing the team of the decision.

CSA have stuck with Rossouw through a number of injuries and given him ample opportunity in the limited overs format. It’s something Lorgat and Domingo clearly felt strongly about, with the coach going as far to say he is “bitterly disappointed” in Rossouw’s decision.

Both of these departures also seem to be in contrast with the already departed Stiaan van Zyl, Hardus Viljoen and Simon Harmer. These players, Domingo say, communicated their desires clearly and “have his respect” because they can “go away for a few years, come back and still have an opportunity to play”.

In the same breath, Domingo says that capping players “willy nilly” is somewhat of a double edged sword because there is the concern that a player who comes in to fill an injury gap might use the opportunity to earn a Kolpak deal.

As a result, CSA stressed that they will be reconsidering how many Kolpak players they allow to feature in their own domestic structures as a way to curb the loss of talent. While playing opportunity will play a part for some, other considerations are believed to relate to “Brexit”.

Stuart Hess, writing in the Star, described the situation as such:

“Effectively, because of South Africa’s trade deal with the European Union, cricketers can sell themselves as an entity with a trade and have free access across the EU, in this case allowed through the Kolpak rule. The “Brexit” referendum earlier this year, which will see the UK break ties with the EU, will affect all of those trade deals, nullifying them in many cases.”

A big part of these negotiations will include earning potential. Consider the amount of money on offer from the English counties and almost every other professional in any line of work would be tempted do the same. The workload might be more, but a security net for a young family in an increasingly bleak economic climate outweighs the toil of another cold, rainy day for an away fixture in Lancashire.

For CSA, this news comes at a time where they have started a revival after what was a rather dismal 2015-16 season. They are by no means the only sporting body to suffer these problems either. South African rugby and a large number of national soccer teams have to combat the same affliction, with players often preferring the razzmatazz of European Leagues compared to duty at continental or even international tournaments. For the starkest evidence of this, look no further than the group of Cameroon players who have shunned their country ahead of the Africa Cup of Nations.

While national pride might be a “nice feeling”, nice feelings do not always pay the bills, especially later on in life and when sporting careers can be cut short by injury at any given time. With a struggling currency, South African sport is always going to be up against it. CSA hope that a revamped and jazzed up T20 Challenge later in the year will help stem the flow somewhat, but we live in an increasingly “global village” where boundaries are blurred and national pride is merely propaganda which will probably be privatised in the next few years too. DM