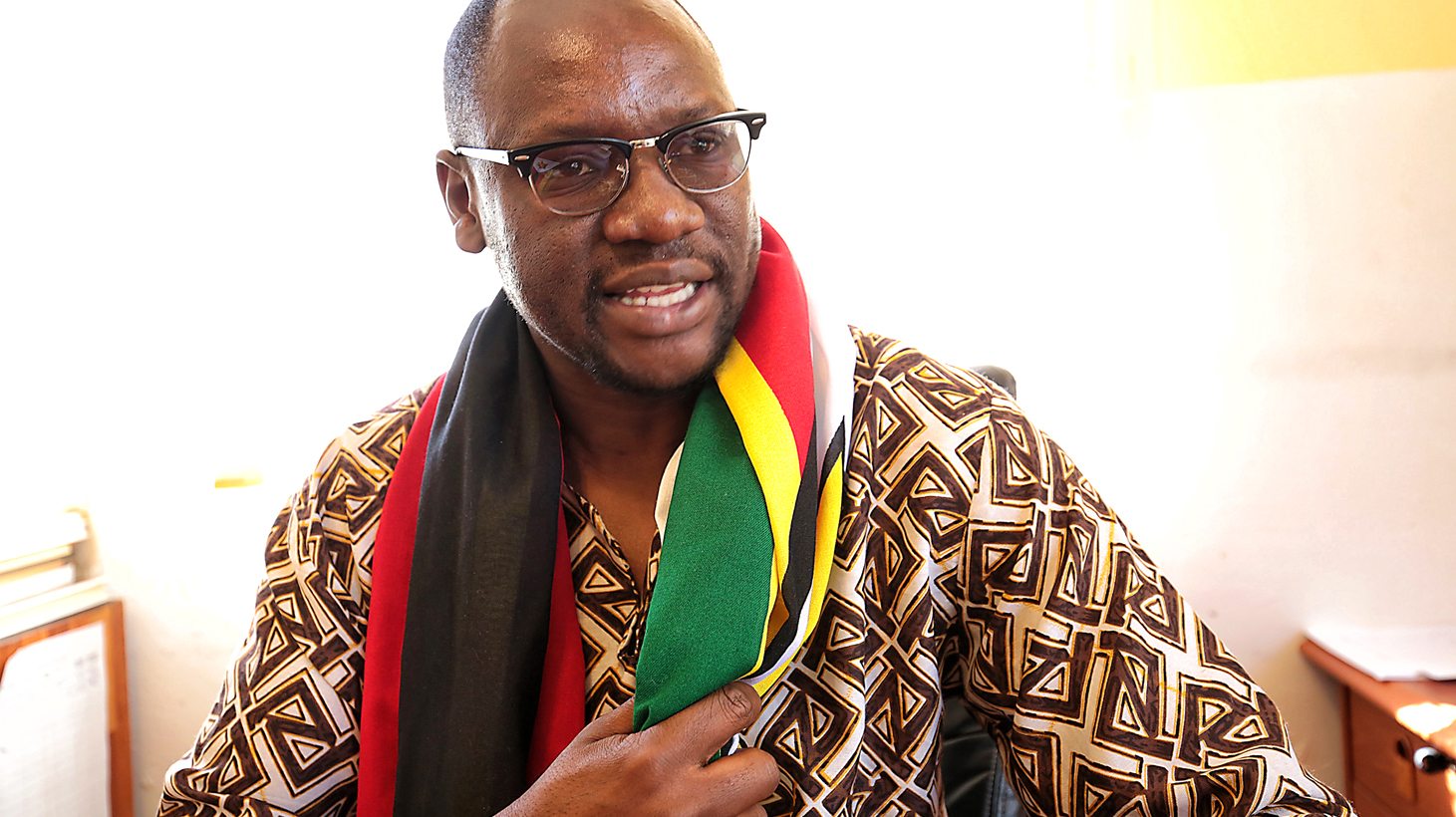 One angry Facebook video completely changed Pastor Evan Mawarire’s life – and breathed new life into Zimbabwe’s resistance movement. Mawarire reminded Zimbabweans that ordinary people really can make a difference, and that words can be as powerful as bullets. For this, Robert Mugabe labelled him a “disgrace” and “a great shame”. We call him African of the Year. By SIMON ALLISON.

The most subversive political protest of 2016 started with a Facebook video. The quality is terrible: grainy and skew, with Pastor Evan Mawarire’s face partially cut off, his eyes obscured by the reflection of the overhead light on his glasses.

The 39-year-old – a professional MC in the week, a pastor at the weekend – was frustrated. Despite working himself to the bone, he still didn’t have enough money to pay his children’s school fees, and he knew why: a dysfunctional political system that punished ordinary, hard-working Zimbabweans, while enriching a tiny corrupt elite.

Mawarire had had enough. He decided to do something about it. In a moment that changed his life – and, potentially, that of millions of Zimbabweans – Mawarire propped his camera phone on the desk in front of him, and slung a Zimbabwean flag around his neck. For the next four minutes, he spoke with emotion and eloquence about how the ideals represented by that flag had been twisted and mangled by the powers-that-be, and how it was time to reclaim those ideals.

“When I look at the flag it’s not a reminder of my pride and inspiration, it feels as if I just want to belong to another country… And so I must look at it again with courage and try to remind myself that it is my country,” he said.

After uploading the video to Facebook – “If I have crossed a line, then I believe it was long overdue,” he told his friends – Mawarire went home. Nothing would be the same again.

The video went viral. Mawarire had touched a nerve, and soon an online movement was born: #ThisFlag. Zimbabweans shared their own stories, clutching their flags and dreaming of a different, better Zimbabwe; one in which the flag was a source of pride rather than shame. In the real world, street vendors started selling the flag at busy intersections; people hung it from their windows and draped it over their vehicles.

As Daily Maverick observed at the time: “In reclaiming the flag, #ThisFlag has appropriated the state’s most potent symbol. They have seized the one icon that the state can’t ban or suppress, and made it their own. The flags that fly above government buildings, the flags that are pinned on the chests of government officials, the flags attached on the bonnets of President Mugabe’s motorcade, these are all now subversive acts that the regime cannot ignore – or does so at its peril.”

Suddenly, and almost completely by accident, Mawarire had become one of the most serious threats to President Robert Mugabe’s regime.

A backlash was inevitable. Mawarire uploaded the first #ThisFlag video in April – there would be several more – and in July he was arrested and charged with treason. In extraordinary, unprecedented scenes, several thousand people descended on the Harare Magistrate’s Court for his remand hearing, chanting and singing and praying for his release. Eventually, they got what they wanted, with the public pressure forcing the presiding judge to uphold the law.

There is no doubt that this decision tarnished his reputation, although on a personal level it is completely understandable. Some comrades and confidantes felt abandoned, and scared, knowing that they were in danger too, and had been left behind to do all the hard work. Some supporters accused Mawarire of failing to practise what he preached. He had told Zimbabweans to “scale the wall of fear”, but was apparently not prepared to take on that challenge himself.

Overnight, the momentum drained from #ThisFlag. There would not be a people-powered, Mawarire-led revolution in 2016.

Nonetheless, Zimbabwe continues to reel from the impact of #ThisFlag. In particular, other social movements were energised by the reaction to his video, recognising that Zimbabweans were hungry for a new kind of resistance, one that rose above the messy politics of existing opposition parties. Groups like Tajamuka, the National Vendors Union and Occupy Africa Unity Square have organised anti-government sit-ins, rallies and marches, while also beginning the long and difficult work of network building and civic education, especially in rural areas where the ruling party’s writ remains strongest.

Those existing opposition parties have also been able to capitalise, taking advantage of the new atmosphere of dissidence to press their claims for reform. Especially successful has been a loose coalition under the banner of the National Electoral Reform Agenda (NERA) that has organised marches and shutdowns in major cities, reminding government that the opposition is still a force to be reckoned with.

For now, Robert Mugabe remains in charge of Zimbabwe, and neither #ThisFlag nor Pastor Evan Mawarire are going to change that on their own. Nonetheless, change is in the air in Zimbabwe – and Mawarire’s out-of-focus, heartfelt video is a major reason why. DM