Puntland: In a time of drought, Somali families forced to separate to survive 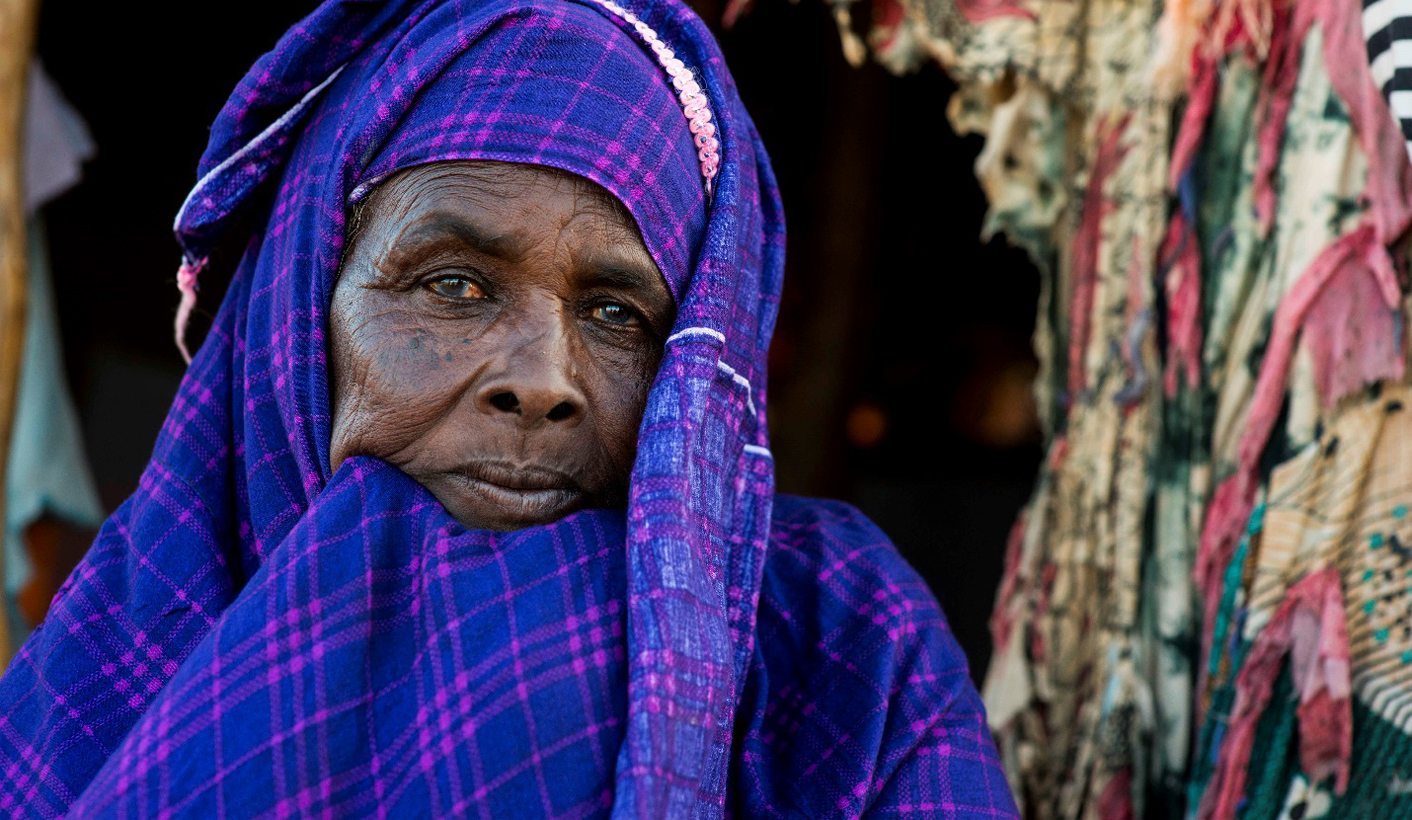 Drought is deepening in the most affected northern areas of Puntland and Somaliland, and has spilled over into the southern and central regions. The Federal Government has appealed to Somalis and the international community for support for communities stricken by four years of drought. By KUN LI, Communications Officer, Unicef Somalia.

Sitting in front of her new home in Rabaable village near Garowe in Puntland – a hut made of dried branches covered with rugs – Khadija Muuse, 70, sings about a family forced to be apart.

Khadija is among three families, made up of 15 women and children, who recently settled in Rabaable village, 20km from Garowe, the capital of Puntland. They are pastoralists uprooted by drought that has ravaged the country after nearly four years of little or no rain.

“We were a poor family, never had that many animals. But even the few we had, we lost them all in the drought,” says Khadija. Her extended family, like many Somali families under stress in situations like this, split into two groups – the men went to the towns and cities to earn a living, while the women and children moved in with relatives or went to villages or camps where there may be aid.

“The men are in Garowe looking for work. We can’t afford to join them so we can only stay here,” Khadija says of her family’s separation.

Khadija and her fellow villagers are among the five million people – nearly two out of every five Somalis – facing food shortages exacerbated as a result of the ongoing drought. Failed crops and the loss of livestock are causing widespread misery; malnutrition and disease outbreaks are just two of them.

At the moment 320,000 children are malnourished, among them more than 50,000 at risk of death if they do not get urgent treatment. Shortages of water have hiked water prices, triggered outbreaks of water-borne diseases and exacerbated the malnutrition crisis. A major outbreak of severe diarrhoea and cholera hit the country in early 2016, with 13,600 cases reported in the first nine months, an increase of two-thirds of the number last year.

But the worst may be yet to come. Precipitation in the currently rainy season, Deyr, which usually extends from October to December, has been well below average. The drought is deepening in the most affected northern areas of Puntland and Somaliland, and has also spilled over into southern and central regions. With the current weather forecast, life will only get harder for Khadija and millions of Somalis at least until April 2017, the next expected rainy season.

“Our life is here”

For Meymun Suleiman, a resident of Rabaable town where Khadija is staying, this drought has been the most severe among all she has witnessed.

“In previous droughts, you could still see some green in the pastures, but now, all of them are dried up,” says Meymun.

Meymun Suleiman, a resident of Rabaable village, fetches water with the help of her daughters. The village’s well was recently rehabilitated by UNICEF, and because of this, some families decided to stay although many left after their livestock died because of the drought. ©UNICEF Somalia/2016/Sebastian Rich.

Meymun runs a small tea shop on the side of the road. Her husband is blind so she is the sole breadwinner of the family of 13 children. She has lost 15 goats in the drought, and the business is not going well.

“When our village was green, we had vegetable farms and plenty of animals. People used to stop by and enjoy our farms and also eat and drink. Now, no one is coming,” she says.

One main reason that Meymun’s family and other villagers haven’t left Rabaable is that there is still running water. UNICEF recently rehabilitated its well as well as 11 others in nearby villages, with funds generously provided by donors, including the Canadian Government. Canada’s contribution was used for UNICEF’s life-saving services in health and water and sanitation. UNICEF also used the funds to set up temporary learning centres with water and sanitation facilities and provide financial incentives to teachers to minimise the impact of drought on children’s education.

Villagers walk pass the remains of a dead goat as a result of a nearly four-year-long drought. ©UNICEF Somalia/2016/Sebastian Rich

But the needs are immense. On November 12, 2016, the Federal Government of Somalia issued an appeal to all Somalis and the international community, calling on their support for the drought-stricken communities throughout the country. The authorities in Jubaland, Puntland and Somaliland all followed suit.

The UN and its humanitarian partners, meanwhile, have been calling for aid since the beginning of the year. Only a fraction of the $127-million required to respond to the drought in worst-affected Puntland and Somaliland has been raised. If aid comes too little, too late, UNICEF fears that there will be a sharp rise in malnutrition cases among children. The agency needs $10-million now to prevent the situation from deteriorating further.

“We are nomadic people, we depend on our livestock,” says Meymum of her future plans. “Our life is here, with our animals. We can’t just pick up and go to Garowe. It is expensive there – rent, food, transport. Besides, what would we do there?” DM

MAIN PHOTO: Khadija Muuse, 70, is among tens of thousands of Somalis displaced by drought. The men in her family have all left for towns and cities in search of work, leaving her and other women and children behind. Rabaable village, near Garowe, Puntland. ©UNICEF Somalia/2016/Sebastian Rich