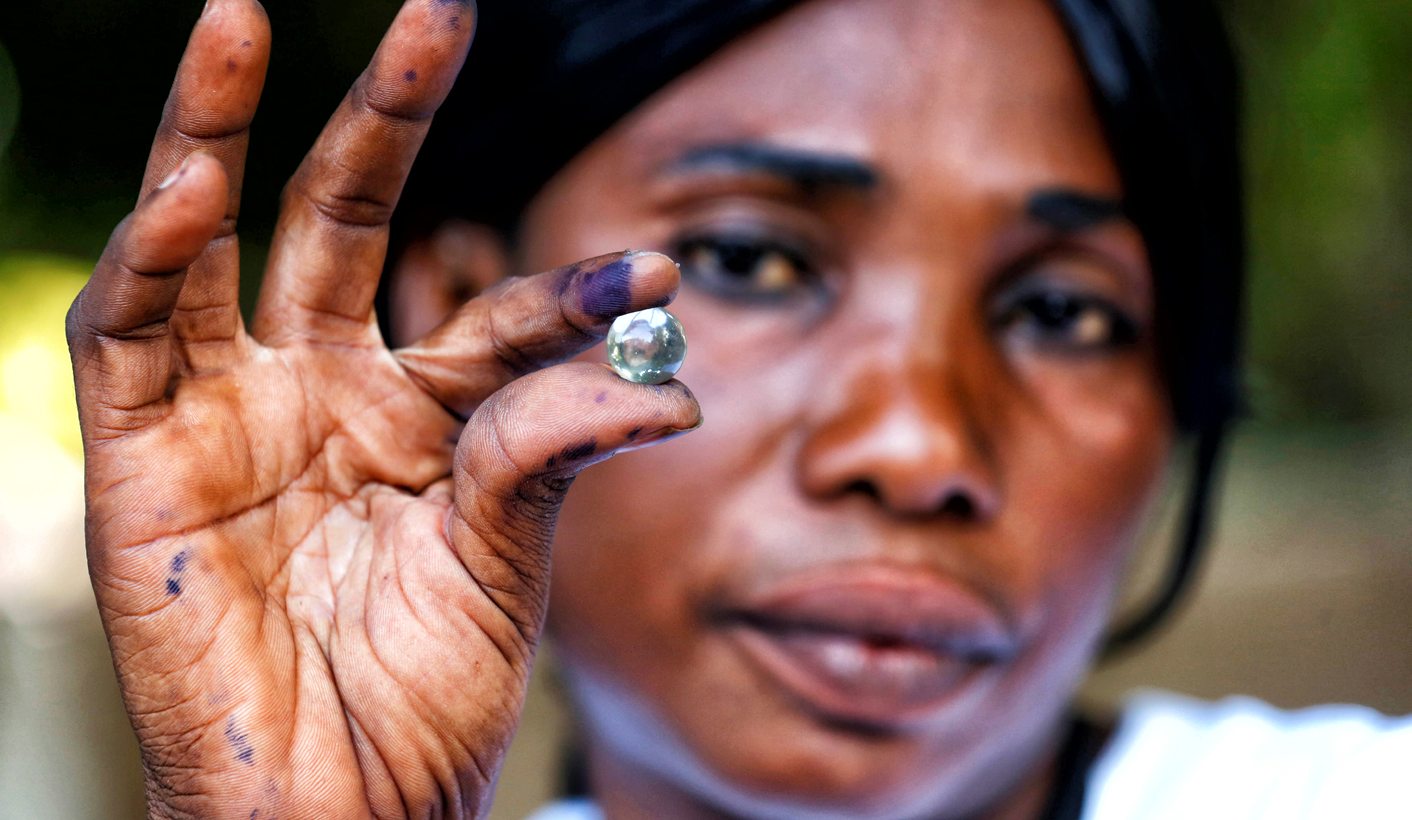 Gambia’s Yahya Jammeh has left the presidents-for-life club in an unexpected victory for democracy in Africa. By Peter Fabricius for ISS TODAY.

“It is a sad day for all of Africa’s strong leaders when one of our own forgets to rig an election,” tweeted ‘President Obiang’ last Friday.

The Twitter account was presumably bogus, but the sentiment was surely authentic. Equatorial Guinea’s Teodoro Obiang Nguema and several other presidents-for-life across the continent must all have been appalled that a member in such good standing of their exclusive club, four-term incumbent Yahya Jammeh, actually conceded defeat to newcomer Adama Barrow in last week’s presidential elections in The Gambia.

What went wrong? Had Jammeh lost his marbles? This was one of the jocular questions that circulated; a pun on The Gambia’s unique electoral system, where voters put marbles rather than ballots in different boxes to indicate their preferences.

Jammeh had seized power in a bloodless coup in 1994 and retained it with an iron fist ever since, crushing his political opponents, human rights activists and critical journalists with lengthy jail terms, torture or death. He stood out even among continental tyrants for his sinister eccentricity. He threatened to decapitate gay people (whom he calls “vermin”), conducted deadly witch hunts and claimed to have cured AIDS.

Barrow – the candidate of the united seven-party opposition coalition – is, by contrast, a real-estate businessman and a complete political novice. There were few signs beforehand that last Thursday’s election would be any different from all the previous ones which Jammeh had won.

It was true, as Dr Marloes Janson, Reader in West African Anthropology at the School of Oriental and African Studies at the University of London, points out, that this time “the political opposition was particularly strong and it had much support from Gambian youth. In a country where the average age is around 20, Gambia’s youth could not be persuaded to vote for Jammeh. They decided: ‘Enough is enough.’ We should also not forget the role of the new media in raising support for the opposition coalition.”

She also notes this was the first time the opposition had united behind one presidential candidate. But all this would only be relevant if the elections were to be free and fair, which did not look likely.

Just weeks before the election, veteran oppositionist Ousainou Darboe and 18 other opposition supporters had been arrested and sentenced to three years in jail for taking part in a democracy protest in April against the death in detention of another oppositionist, Solo Sandeng.

And Jammeh had recently declared he would be willing to rule The Gambia for a billion years if Allah decreed.

“When he cast his own vote on the 1st of December, he said: ‘This will be the biggest landslide in the history of the country.’ He was convinced that the majority of Gambians would acknowledge that he had developed the country from the ‘Stone Age’ into a modern state with schools, hospitals, and infrastructure,” says Janson.

On the eve of the elections, Jammeh banned the internet and international phone calls. “Many saw in this the sign of election rigging.”

He had also taken the precaution of barring international election observers.

So it was hardly surprising that the French journal, Jeune Afrique, headlined its election preview story Jamais sans Jammeh, (‘Never without Jammeh’), reflecting the general opinion that Jammeh would prevail, come what may.

And so Janson was as surprised as just about everyone else when the electoral commission announced on Friday that Barrow had won the election with 45.5% of the vote, to Jammeh’s 36.7% (with 17.8% going to a third candidate). That evening Gambians, still disbelieving, witnessed Jammeh calling Barrow on live national television to congratulate him on his victory and promising to help him through the transition to the official handover of power in January.

So why did Jammeh concede? Some observers believe he started to catch a whiff of Arab Spring in the unusually large April and May public demonstrations in Banjul, and the torching of the headquarters of his ruling The Alliance for Patriotic Reorientation and Construction party in Serrekunda.

And, as Jeune Afrique pointed out, perhaps more ominously, opposition to him was rising within the security apparatus, as demonstrated by the coup attempt of December 30, 2014; even if it failed.

Beyond the borders, too, things were changing. Democracy was taking root in West Africa. Several observers have noted how Jammeh’s concession followed the bigger one last year by Goodluck Jonathan in Nigeria.

And the death in detention of Sandeng and the suppression of the April/May public demonstrations seemed to have provoked unusually strong criticism from the continent.

But still, the decisive factor in this unexpected outcome was clearly the unpredictable character of Yahya Jammeh. He could have ridden rough-shod over this criticism as he had before. Yet he didn’t.

Was it a religious decision? A devout Muslim who made The Gambia an Islamic Republic last year and always carried a Qur’an in one hand and a string of prayer beads in the other, maybe Jammeh got a message from Allah that he was not to rule for a billion years after all.

And perhaps it was also his faith that overcame the doubts he must surely have felt about surrendering power. Like the fear that he could be prosecuted for the many crimes against humanity he has committed over the last 22 years.

Janson said rumours had been swirling that Jammeh had done a deal with the property businessman Barrow, who would help him acquire a million-dollar retirement mansion in Dubai. Though she notes that in his televised phone call with Barrow on Friday, Jammeh said he planned to retire instead to his home village of Kanilai (where he has a private zoo), to farm.

Barrow suggested to French journalists that he would allow Jammeh to retire there in peace, though he also seemed to imply that if legal processes against Jammeh were launched, he would not try to block them. However, plans are afoot to establish a Truth and Reconciliation Commission – which might obviate legal processes.

The Gambia should experience substantial changes under Barrow, who has vowed to form a three-year-long transitional government representing the opposition coalition to effect political and economic reforms.

Many of the Gambians living abroad have already said they will return, bringing back badly needed skills.

Barrow has also vowed to free political prisoners, and on Monday this week the Appeal Court, perhaps reflecting the change in political mood, released Darboe and the 18 other protesters arrested with him, on bail.

Barrow has also promised to rebuild links with the international community, including returning The Gambia to the Commonwealth and to the International Criminal Court (ICC), from which Jammeh had recently withdrawn. That, incidentally, would leave South Africa as one of only two African countries to have pulled out of the ICC (the other being Burundi, to escape prosecution): hardly the mass exodus Pretoria was evidently hoping to lead.

One can only hope all this is not too good to be true. One or two observers have warned that with the volatile and unpredictable Jammeh, one should only pop the champagne corks after he has actually vacated State House in January. But Janson is not so cynical. She is convinced Jammeh is really history; and that democracy has scored an unexpected victory in Africa. DM

Photo: A poll worker holds a marble which represents one vote after the close of voting during the presidential election in Banjul, Gambia, December 1, 2016. REUTERS/Thierry Gouegnon.