ISS Today: Africa pushes for a 2017 ban on nuclear weapons 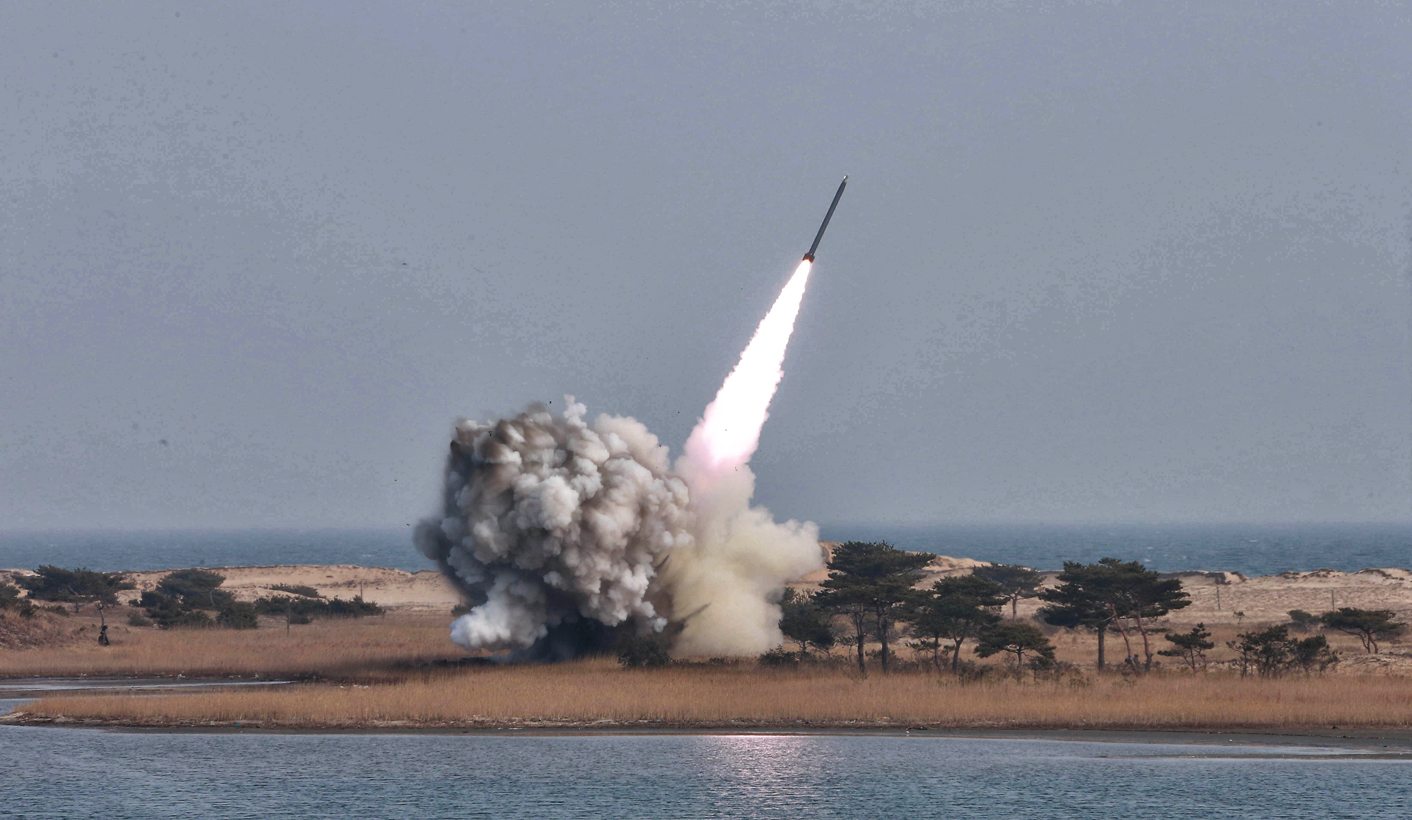 A new UN resolution might spell an end to decades of paralysis in nuclear disarmament negotiations. By Annie DuPre and Noel Stott for ISS TODAY.

On October 27, the First Committee of the United Nations (UN) passed L.41: Taking forward multilateral nuclear disarmament negotiations. The resolution calls for negotiations to take place next year on a legally binding instrument to prohibit nuclear weapons, and lead towards their total elimination. It was passed with 123 votes in favour, 38 against and 16 abstentions.

This initiative has been called historic by analysts such as the former Canadian Ambassador for Disarmament to the UN, civil society groupings and international organisations such as the International Committee of the Red Cross – underscored by the belief that as long as nuclear weapons exist, humankind will risk facing the catastrophic consequences of a nuclear war.

Others, such as France, maintain that such a treaty would be ineffective and could undermine the Treaty on the Non-Proliferation of Nuclear Weapons (NPT) as the cornerstone of the nuclear non-proliferation regime. The NPT, which entered into force in 1970, prohibits the spread of nuclear weapons.

These differing assessments over the potential impact of a nuclear weapons ban treaty mirror the deep divisions among NPT state parties regarding their disarmament obligations, which has been a source of disagreement since the NPT’s entry-into-force.

The response of African states has been largely positive. Of the 47 African UN member states present at the vote, all but three supported the resolution. From the Africa Group, only Mali, Morocco and Sudan deviated by abstaining – presumably after coming under pressure from some nuclear-weapon states. Benin, Djibouti, Liberia, São Tomé and Príncipe, Senegal, Seychelles and South Sudan were not present for the vote. A number of African states co-sponsored and spearheaded the resolution, including Egypt, Nigeria and South Africa.

If passed by the UN General Assembly in December, negotiations are set to start in early 2017 – a step that would end two decades of paralysis in multilateral nuclear disarmament negotiations.

Despite two-thirds of countries present at the vote supporting the resolution, there was significant push-back from virtually all the NPT nuclear-weapon states (the United States, France, Britain, Russia) and most of their allies, such as the 27 North Atlantic Treaty Organisation members and Japan and Australia. The Russian representative warned of the damage such a treaty could cause, arguing that the initiative “was a destructive and hasty one that undermined and eroded existing disarmament mechanisms [the NPT]”.

His argument was echoed by others, including Morocco – which explained that its abstention was based on how the process, and the way it was handled, would impact on the NPT review process, and the possibility of all states working together. The Moroccan representative further called for preparatory work to be undertaken before negotiations started.

South Africa, however, expressed the view that the initiative would actually further the goals of the NPT, stating: “Such a treaty would also strengthen the NPT and underline the urgency of accelerating the implementation of nuclear disarmament obligations and related commitments.”

Speakers from non-nuclear-weapon states also argued that the use, or threat of use, of nuclear weapons would constitute a violation of international law and a crime against humanity. Malawi declared that it “is in the interest of the very survival of humanity that nuclear weapons are never used again, under any circumstances. The catastrophic effects of a nuclear weapons detonation, whether by accident, miscalculation or design, cannot be adequately addressed”.

In the statement delivered by Nigeria, the African Group affirmed that the total elimination of nuclear weapons is still “the only absolute guarantee against their use or threat of use”. Beyond supporting negotiations in 2017 on a treaty prohibiting nuclear weapons, Nigeria’s statement also called on all UN members to support “a universal, unconditional and legally binding instrument on negative security assurances by nuclear-weapons states to all non-nuclear-weapons states, pending the total elimination of nuclear weapons”.

Some of the states under the US nuclear umbrella that abstained or voted no – such as the Netherlands and Japan – have indicated their willingness to participate in the negotiations in 2017. Others, such as Norway, have subsequently indicated that they would not. Still others seem undecided.

It is unlikely that the NPT nuclear-weapon states would participate in such discussions. Mark Toner, US State Department spokesman, said: “Successful nuclear reductions will require participation from all relevant parties, proven verification measures, and security conditions conducive to co-operation … we lack all three factors at this time.”

The United Kingdom is also clear on the need for its nuclear deterrence to be maintained “for the foreseeable future” – because of the “risk that states might use their nuclear capability to threaten us, try to constrain our decision-making in a crisis or sponsor nuclear terrorism”.

Significantly, three nuclear-armed states – China, India and Pakistan – abstained, while the Democratic People’s Republic of Korea voted in favour. However, it remains to be seen whether these states would participate in the negotiations.

And this is the crux of the issue. Despite a sizeable number of UN members in favour of negotiations, there is significant scepticism of the opportunities these would present, especially if nuclear-weapons states boycott the talks scheduled for March and June 2017.

The question is whether it would be better, strategically, for nuclear-armed states and their allies to participate – if only to try to guide the negotiations in their favour? However, African states, which make up a significant portion of the UN membership, could also direct the path towards a world free of nuclear weapons.

According to Article 36, a UK-based organisation, the treaty would serve as a necessary and practical next step towards a world in which all weapons of mass destruction are outlawed and are being eliminated: even without the participation of nuclear-armed states.

Historically, all unacceptable weapons have first been subjected to a global prohibition before they were eliminated. For any international instrument to have a true impact, however, acceptance by a large majority of states is needed.

In most of the recent processes towards banning indiscriminate weapons (such as anti-personnel landmines and cluster munitions), Africa has played a leading role. It is possible that the African continent, which also hosts the only country to have unilaterally eliminated its own nuclear arsenal, may again play such a role in the banning of probably the most destructive weapons ever to have been developed. While the effectiveness of such an instrument remains to be seen, the decision to commence negotiations on such a treaty is indeed a historic occasion. DM