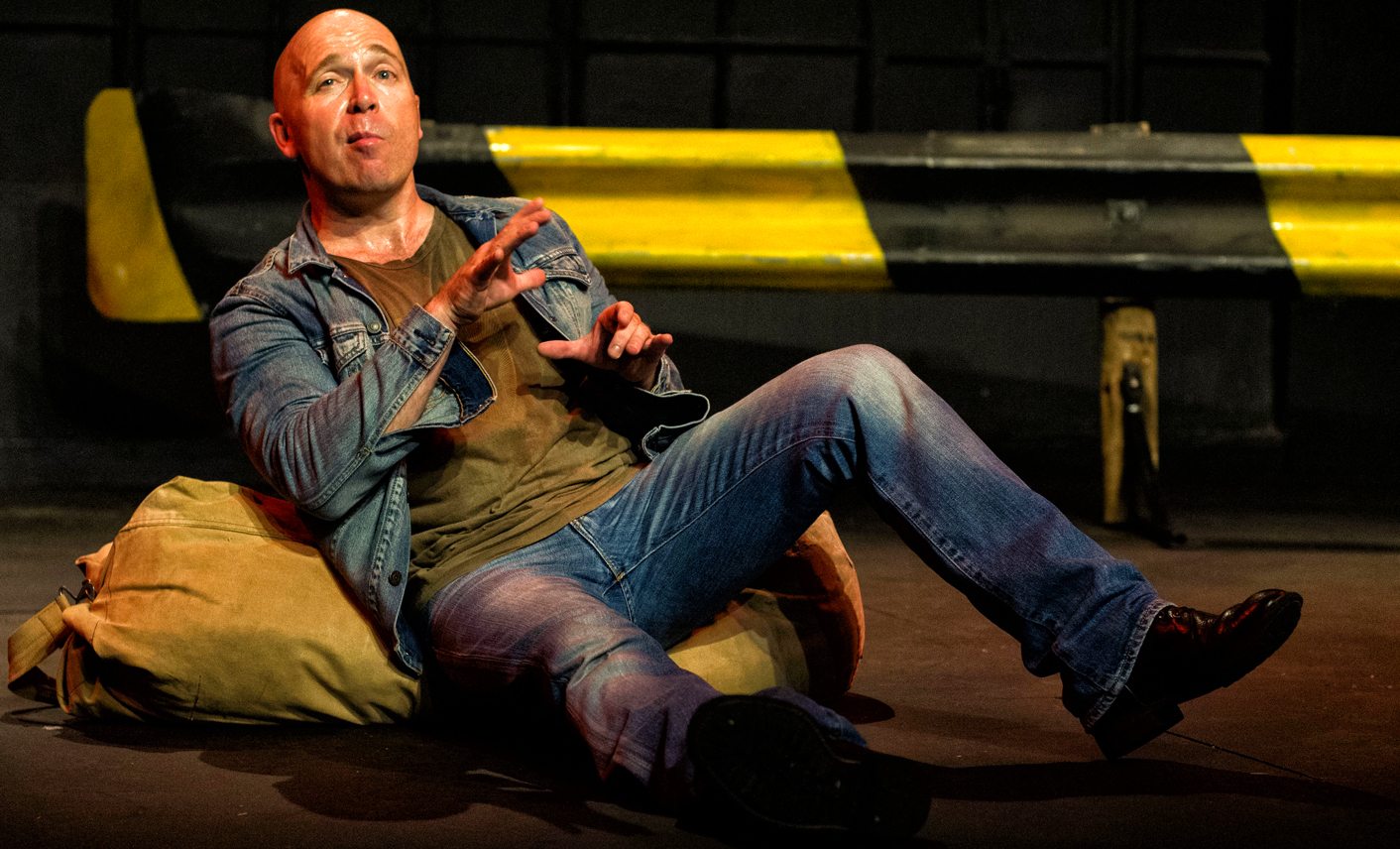 This show has been around before, and was intriguing enough to draw LESLEY STONES back for a second look.

All photos by Suzy Bernstein.

I wouldn’t give Johnny Boskak a lift if I saw him hitching down the road.
The man exudes an aura of trouble, an accident waiting to happen.

As the play Johnny Boskak is Feeling Funny cannons along I wonder whether the mind behind it is genuinely disturbed or just has an extremely warped imagination. Its author is Greig Coetzee, who also penned White Men with Weapons, and Boskak is a spin-off.

It’s a powerful play delivered in rhyming couplets rapped out by Johnny, played with thuggish finesse by Craig Morris. This demanding structure of rhymes invokes some admirable linguistic gymnastics and rich dollops of colourful slang.

There are plenty of fruity expressions too, as Johnny describes in the salacious detail of imaginative metaphors his lusty adventures with Eve. She’s a woman with as little to lose as he has and together they scrape by and tear through a country where neither wants or is able to conform to the norm.

Morris brings an excellent physicality to the role in this one-man show with only a huge army kit bag and a crash barrier for props.

He’s a misfit from the army, who went in at 17 and was spat out years later so warped it’s a surprise he can stand at all.

In the first part of the play Coetzee has his character examine how he got here, not just here on the road towards Estcourt, but here at a point in life where he has nothing and sees no future. Coetzee has never been one to over-glamorise the dreadful history of this country and its collateral damage.

It’s a bleak prognosis for this bruised white man, softened by the amusing roller coaster of an adventure he embarks on when he walks into a bar and meets the deliciously dangerous Eve and the mountain of a man she’s double-crossed.

Morris helps us visualise the characters he morphs between with his changing accents and actions. The pace varies to deliver moments of reflection and rap-style story-telling with words that feel like rich lyrics to the song of a lost and lonely life.

The well-chosen music and sound effects are perfectly timed, the lighting by Barry Strydom is excellent, and co-directors Craig Morris and Roslyn Wood-Morris achieve a tight and relentless production.

It’s a brutish tale that still manages to be highly enjoyable, defiantly laughing all the way to death. DM

Johnny Boskak is Feeling Funny runs at the Market Theatre until December 4.