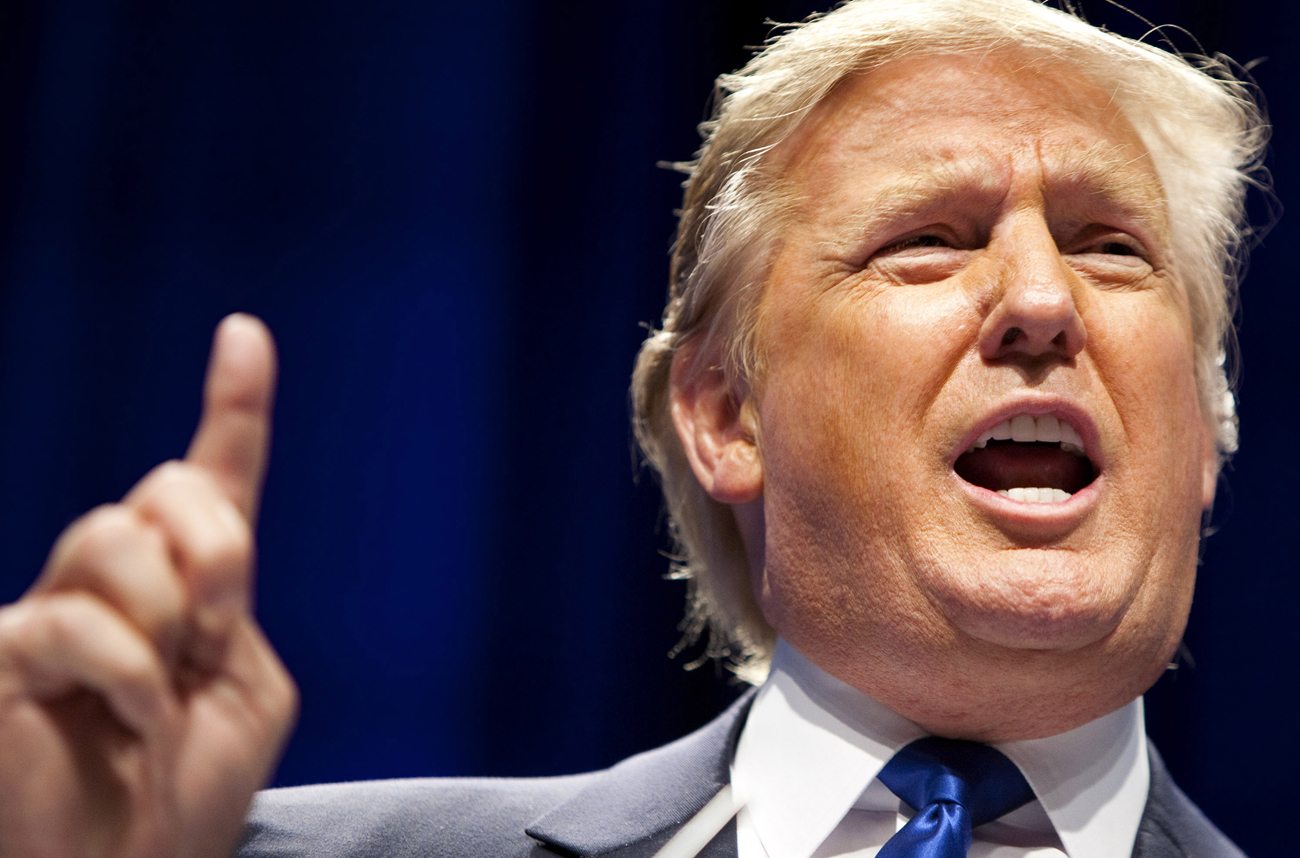 Despite virtually all the polls -- and those polls of polls -- pointing to a narrow Clinton victory, Donald J Trump, brash, blunt, boisterous businessman, reality-show host and self-promoter supreme, was elected America's next president. J BROOKS SPECTOR is, along with a lot of others, astounded and shocked. Deeply.

By early morning in South Africa (evening in America), as the polls began to close in the various states moving to the west, the values and fortunes of several things began to drop. Conspicuously. These included the values on global 24-hour futures and index markets, the future of the polling and prognostication industry (where are you, now, Nate Cohn of The Upshot and Nate Silver of 538?), the currency values for nations like Mexico — and — crucially — the fortunes of Hillary Clinton. The markets really hate uncertainty, and Donald Trump is nothing if not the epitome of a dazzling uncertainty and disruption in global economic terms, what with his threats to carry out harsh anti-immigrant measures and much tougher trade relationships.

Meanwhile, contra-wise, Donald Trump’s improbable fortunes, as well as those of gold (a bellwether safe haven for investors in times of roiling uncertainty) are rising. In Brooklyn, where the Clinton campaign had its headquarters, a growing dark cloud has been gathering above the ballroom, blotting out any possible sunlight for her political future. Gasp. Cough. Splutter. Yeow!

Across the board, in many districts of many states that had largely been expected to go Democratic, the Clinton campaign machinery had simply been unable to match the margins of victory and levels of turnout from supporters that Barack Obama had largely succeeded in achieving in both the 2008 and 2012 elections. A simple version of the event argues, therefore, that the turnout (and that evident lack of enthusiasm) for Clinton had been negatively affected by her earlier, bruising primary battle with the leftwing Vermont senator, Bernie Sanders.

Moreover, it now seems clear that Donald Trump’s simplistic anti-trade, anti-immigrant, tough-on-terror, anti-Washington elite messages all resonated far more deeply with many more people than was anticipated by most analysts, save for the trolls of the alt.right. Gasp! In even simpler, starker terms, regardless of any concerns about that self-evidently ill-suited Trumpian temperament, a deep “hunger for change”, in veteran Democratic strategist David Axelrod’s words, overwhelmed any other possible hungers. Barack Obama and Michelle Obama’s star power — let alone an A list of entertainment power — was not been sufficient to make up the deficiencies seen in Clinton and her views by many voters.

The Democrats’ much-vaunted “blue wall” of states across the upper Midwest through to the Northeast (most especially in Pennsylvania and rust belt Wisconsin and Michigan) has not held to carry all the states she needed to move back to 1600 Pennsylvania Avenue. Fear and trembling, sickness unto death over there in Brooklyn.

Meanwhile, it now seems almost certain that the Republicans are keeping control of the House of Representatives and are increasingly likely to hang on to keep control of the Senate. With this, it also means Trump’s appointments to the federal judiciary — including the Supreme Court — will prevail as well. And they will weigh heavily on American society for a long time to come.

By 6 AM local time, the auguries were not pointing towards a Clintonian future but there were truthfully still many millions of votes remaining to be counted. Florida, Ohio and North Carolina had already tipped Trump’s way, and Wisconsin, Iowa, New Hampshire, Pennsylvania, and Michigan were heading there as well. Having said that, by early morning local time, Clinton had pulled in Nevada and Colorado, as well as with the massive vote total that is California. But still. But still. Analysts — and Democratic strategists — have all apparently missed their targets and projections in many states. Crucial, of course, in all of this has been the crumbling of that “blue wall”.

By 6:30 AM, there was even a moment of speculation that it would all come down to a 270 — 269 split in Trump’s favor — assuming he would pick up a single electoral vote from Maine where that state’s electoral votes are split among each of the state’s congressional districts. That assumed a Trump win in either Wisconsin or Michigan of course. But, as the morning wore on, it looked increasingly clear he would carry them both. And if he took both, as well as Pennsylvania, a very different story emerged, of course. In such an event, it would represent a stunning repudiation of Clinton’s bid for history as the nation’s first female president and her pledge to build on and expand President Obama’s legacy.

In foreign policy terms, even at this preliminary stage, the big losers must be reckoned to be Mexico, the many allied nations of the Pacific Rim, Nato members such as the Baltic nations, Iran, and China. leaders in such nations are already starting to recalibrate how they think of their relationship with America. By contrast, Vladimir Putin’s smile is probably breaking new Kremlin records. More broadly, any nation reliant on future trade liberalization is in for some rocky times. Of course the Trump foreign policy agenda has been set out so sketchily, it will take some time for the details to be set out in any degree of specificity. Nevertheless, the rethink is coming.

Domestically, the Trump agenda will obviously focus on economic deregulation and tax cuts, and there may well be a real shake-up in the way the nation gains medical aid via Obamacare. But Trump will, assuming he actually is the winner, have enormous work ahead in building bridges to some deeply worried minority groups all across the nation, given his track record of some bruising rhetoric throughout this campaign. (Parenthetically, Clinton may actually win the national popular vote total once every last vote is recorded, once all the votes in California are counted. But it is those electoral votes, state by state, that matter.)

Going forward, Donald Trump will have to deal with some potent and inevitable feelings of disappointment among his followers, when it becomes clear his ultra-easy solutions to all the ills he spoke about are simply unachievable in the real world. There will be no great wall against Mexico. There will not be an all-out trade war with China, and there won’t be a massive deportation force to drive illegal immigrants/undocumented aliens out of the nation by the millions — let alone any kind of a sudden war on Muslims. But there will certainly be an entirely new tone in American public rhetoric — domestically and internationally — and this voice is going to have a distinctly sharp-elbowed flavor to it. The “Trump-zilla” of reality television fame has broken through into the upper reaches of the political firmament. Hang on for a very bumpy ride. DM