Open Letter to Thabo Mbeki: The DRC needs your help – now more than ever 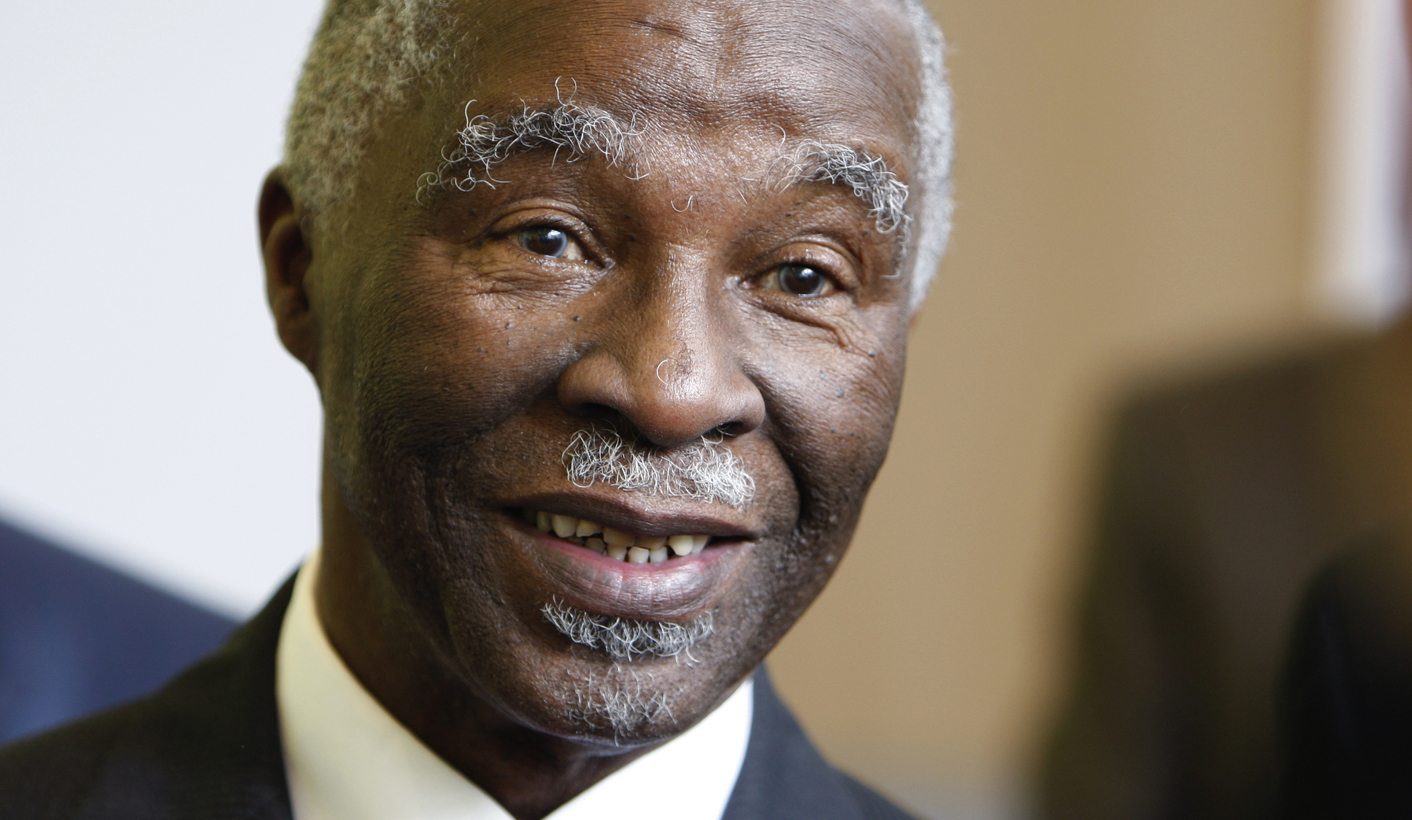 In an open letter to President Thabo Mbeki, TSHENE WEDI asks the former president to protect the Democratic Republic of Congo’s fragile constitution – the same constitution Mbeki helped to create.

I am a proud Congolese-South African and I write to you today because my beloved homeland is burning – and you, sir, the father of modern Pan-Africanism, are yet to say anything.

You have often spoken of the great potential of the Democratic Republic of Congo, of its wealth and vibrancy. You were in fact the principal architect of the 2001 Sun City Accords which brought warring factions to the same table and laid the foundations for what would eventually become our cherished and beloved constitution. It saddens me to say that all this work will be for nought if President Joseph Kabila is allowed to stay in office past his constitutional mandate, which ends on the December 19, 2016.

I, like many others, fled to South Africa when I was just a child. I have spent most of my life estranged from my motherland and have witnessed dictators and liberators come and go. Growing up, I found solace in your vision of a united Africa. I dreamt of a prosperous Congo, one in which every man, woman and child had the freedom to pursue their dreams with a God-given right to decide their own destiny.

Sadly, this dream has not come to pass. If anything, the country has slipped even more into chaos. Over the last few years, President Kabila has insidiously worked to undermine the electoral calendar and postpone the scheduled 2016 elections, citing logistical and planning problems as rationale for the delay.

His glissement strategy [glissement means ‘slippage’ in French, and refers to Kabila’s time-wasting to delay the electoral process] has been coupled with a violent crackdown on pro-democracy activists, a witch hunt of free press and politically motivated prosecutions of political opponents.

At the Inter-Congolese Dialogue held at Sun City in 2001, you said in your opening address that “the sovereign decisions we take about our country will help to inform the answer to the question: Do we as Africans have the will and the capacity to pull our continent out of the misery, indignity, poverty and underdevelopment?”

Fifteen years later it would seem that President Kabila has every intention of unravelling all of the hard-won progress that has been made. While it cannot be disputed that President Kabila has made an important contribution to lasting peace in the DRC in the past, today he stands as its greatest obstacle. On September 19, more than 50 people lost their lives while protesting for President Kabila to respect the constitution and step down at the end of his term.

We, the people of Congo, are well aware that Kabila’s strategy of glissement is a ploy to delay the general elections and provide him with the needed wiggle room to change the constitution – just as his counterparts in the Great Lakes region have successfully done already (such as Burundi’s Pierre Nkurunziza, Rwanda’s Paul Kagame, and Republic of Congo’s Denis Sassou-Nguesso).

Mr President, how is it that we continue to talk about and focus on white monopoly capital, colonialism and neocolonialism, while still turning a blind eye when one of our very own seeks to deny us the very rights so many fought and lost their lives for? I have heard many pro-Kabila supporters say that we, the Congolese, are not ready for true democracy, that we only respond to violence, that we are too uncivilised to rule ourselves. Are these not the very sentiments shared by our former colonial masters?

Mr President, the question I would like to ask you is: Why haven’t you responded with shock, disgust and dismay at the gunning down of peaceful protesters in Kinshasa on September 19, 2016? Why haven’t you lent your powerful and influential voice and support to the pro-democracy advocates who risk life and limb daily in the fight for a brighter future for the DRC? How much more blood must we the people of Congo shed before you will fight for us?

Dr Martin Luther King once wrote that at some point silence is a betrayal. I ask you today, sir, to consider the hundreds of Congolese people that have lost their lives this year alone in the fight for democracy – and the millions of us who simply just want to go home. As an elder statesman, and a respected father of this great continent, my hope is that you can reason with President Kabila and invoke in him the desire and will not to build his empire on a mountain of corpses. Let him leave as a respected leader ushering in an era of peace and prosperity for the great Democratic Republic of Congo rather than see his legacy destroyed. DM

Photo: Former South African president Thabo Mbeki talks to the media during a visit to the European Parliament in Brussels March 23, 2010. REUTERS/Francois Lenoir

Tshene Wedi is a proud Congolese-South African, retired cage fighter and a graduate from the political school of Patrice Lumumba and Thomas Sankara. He is passionate about wine and good books. He married the girl of his dreams, to his great surprise. He is a Public Policy advisor at Instinctif Partners, but writing this in his personal capacity.