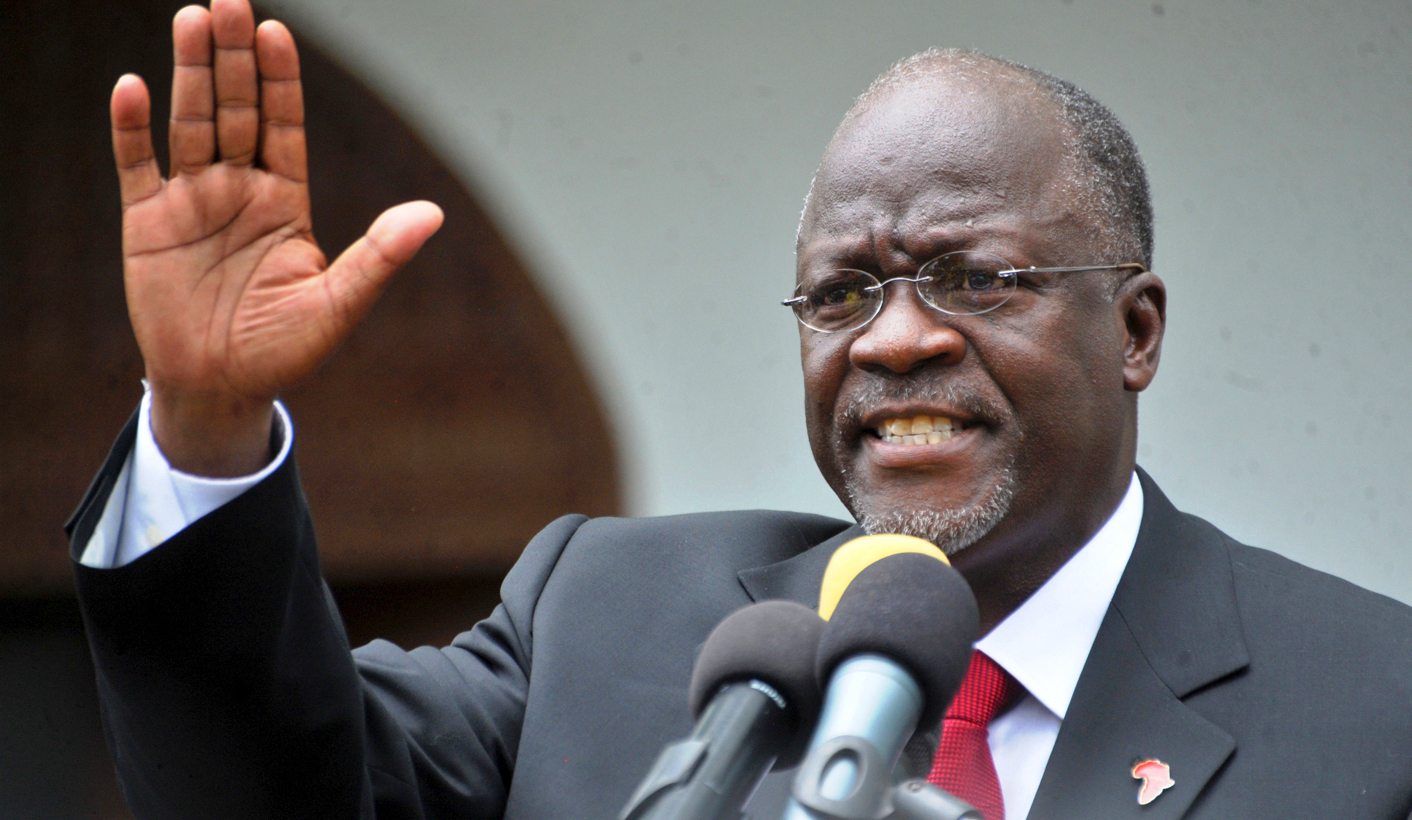 President John Magufuli has vowed to clean up government, firing officials deemed corrupt or incompetent. But his combative style has brought with it some barriers to investment. By LYAL WHITE and ADRIAN KITIMBO.

When Gabriel Garcia Marquez, the Latin American novelist and leftist activist, first met populist President Hugo Chavez of Venezuela shortly after he had become president, he was ambivalent about the man who would eventually take his country, region and the world by storm:

“I had travelled and talked with gusto with two opposing men. One to whom luck had offered the opportunity to save his country. And the other, an illusionist, who could go down in history as just one more despot.”

Similar sentiments surround Tanzanian President John Pombe Magufuli. Ten months since he assumed office, President Magufuli remains both popular and controversial, capturing the imagination of Tanzanians and observers across the continent. Some insist that his style of leadership is truly unique, especially in the African context which has had its fair share of colourful leaders over the past few decades.

Magufuli’s can-do attitude, his fierce fight against corruption and wasteful spending, not to mention his pro-poor agenda, propelled the once little-known government technocrat to celebrity status. Following his election in 2015, the hashtag #WhatWouldMagufuliDo trended on social media, with Africans across the continent amazed by his speedy reforms. On a continent beleaguered by mismanagement of government resources, political patronage and lack of accountability, the arrival of a seemingly incorruptible leader of action was a breath of fresh air.

But like many of his predecessors seeking rapid change through centralised authority, much of the excitement has turned to criticism over his heavy-handed tactics and outright rejection of any opposition. Magufuli has unashamedly used executive powers to silence his critics, a tactic increasingly common among so-called reformists in Africa.

But outright unpredictability and his tendency to make snap decisions have generated uncertainty, raising serious concerns around an open and progressive business environment. In a country heavily dependent on foreign capital, investors are increasingly sceptical. Magufuli’s policies and style of leadership do not bode well for sustained capital flows.

After a bitterly fought election, Magufuli became president on November 5, 2015. His nomination to lead the Chama Cha Mapinduzi (CCM) party in the general election took many by surprise and angered some of the party’s long-time stalwarts such as ex-Prime Minister Edward Lowassa who had long eyed the presidency.

Magufuli’s leadership continues CCM’s streak as the longest reigning party on the continent, having dominated Tanzania’s politics for nearly four decades. Campaigning off promises to root out corruption, tackle poverty, diversify the economy and bolster the country’s infrastructure, the president has acted swiftly, surprising his supporters and opponents alike. Nicknamed the “Bulldozer”, not for tearing things down but for his success in building roads in infrastructure-poor Tanzania during his stint as the Minister of public works, he has brought the same energy and can-do attitude to national governance.

At the helm, Magufuli has vowed to clean up government, firing officials deemed corrupt or incompetent. Last year, two months into his presidency, he sacked Edward Hoseah, the director-general of the country’s anti-corruption watchdog. Angered by its failure to investigate corruption at the Dar es Salaam port, the president stepped in. Around the same time, he also let go of senior officials at Tanzania’s Revenue Authority, including its head, for fraud and alleged abuse of office. In April Magufuli suspended the head of the country’s telecommunications body for weak management and incompetence. And the list goes on. In a country where corruption is endemic, with Tanzania ranked 117 out of 168 countries on Transparency International’s Corruption Perception Index (CPI), Magufuli’s no nonsense approach has amplified his popularity and endeared him to many Tanzanians.

Coupled with his distaste for wasteful spending, Magufuli has seized and sold government-owned 4×4’s and implemented a Rwandan-styled national clean-up day. He has also curbed foreign travel by public officials, a significant departure from his predecessor, whose love of foreign trips earned him the nickname Vasco da Gama, after the Portuguese explorer.

But his combative style has brought with it some barriers to investment. A recent amendment in the finance bill now requires telecoms companies to list on the local stock exchange by end of year. While this may be a positive move, widening share of ownership, his approach is questionable. The amendment was done without consultation alongside sudden corporate tax increases which took the private sector by surprise. He has also embarked on a programme to seize undeveloped land larger than 20 hectares from investors, raising fears over land expropriation.

Such lack of predictability in an ever-evolving business environment that targets selected sectors carries hints of brewing populism all too common in countries like Tanzania, where citizens are desperate for rapid change and development.

Tanzania is still among the least developed countries in the world and cannot afford to lose investors. But Magufuli’s style risks damaging an economy that has been growing at an average of 7% in the last five years. In 2016 growth is expected to drop slightly to 6.8%. With a per capita income of merely $910, growing unemployment and yawning inequality, with almost 30% of the population living below the poverty line, Tanzania desperately needs the private sector to help drive growth.

But it is Magufuli’s handling of dissent that is potentially most concerning. Under a new cyber crime law, five people were recently charged for insulting the president on social media. In June, a man was sentenced to three years in jail and fined on similar charges. Political rallies have been banned until 2020 and live broadcasts of parliamentary proceedings have stopped. This is apparently an effort to minimise “distractions” as new reforms are pushed through.

Magufuli’s authoritarian style is not uncommon in East Africa. Uganda’s Yoweri Museveni and Rwanda’s Paul Kagame are examples frequently used and replicated in some of his decisions. If political and civil liberties are not respected and further suppressed in the name of development, Magufuli could well become the president responsible for plunging East Africa’s most politically stable country since independence into political chaos.

It is early days for Magufuli and the verdict on his leadership is still out. However, echoing the sentiments of Garcia Marquez following his encounter with another populist: If he is to build a prosperous Tanzania and avoid going down in history as just another failed African despot, Magufili must move beyond a one-man show of anti-corruption, fully embrace civil liberties and build strong institutions for Tanzania’s citizens. DM

Prof. Lyal White is the Director of the Centre for Dynamic Markets (CDM) at GIBS. Adrian Kitimbo is Senior Research for the CDM.