Op-Ed: How to de-radicalise a wannabe Isis recruit 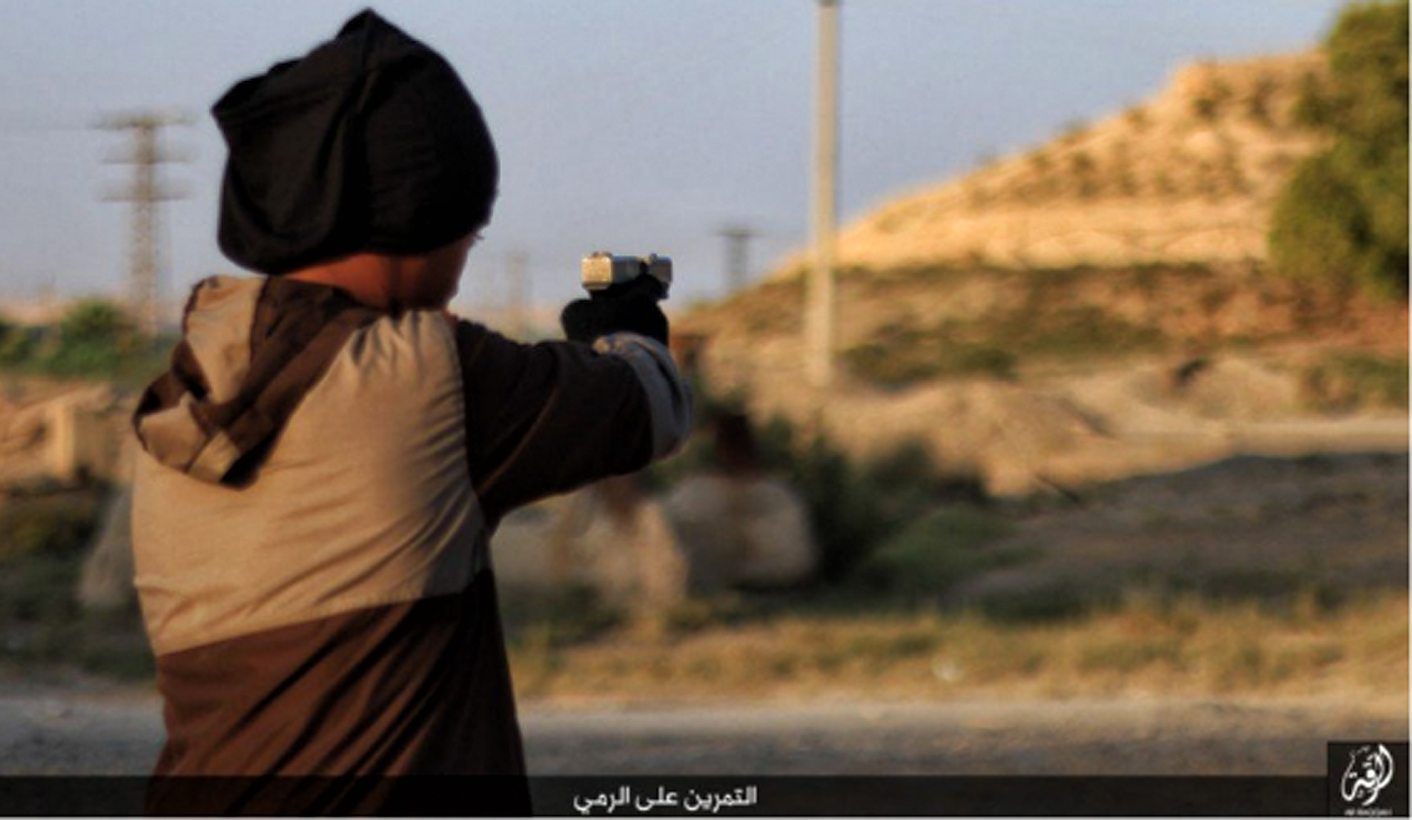 The Islamic State is infamous for its online propaganda, which has driven thousands of new recruits to join its ranks in Iraq and Syria. For curious teenagers who have swallowed whole the Islamist militant group’s message, the process of de-radicalisation requires time, kindness and plenty of patience. By JASMINE OPPERMAN.

As I entered the room, she was just staring at me; a few moments of silence followed by ice cold words: “So you here to tell me how wrong I am?” At that moment I knew that I was about to enter a journey in which the Islamic State must be confronted as a tangible reality, and losing her to the Caliphate simply not an option.

But behind the cool façade was a scared, nervous 16-year-old girl. She might not have realised it, but she was crying for help – and with patience and gentleness and knowledge, she was able eventually to be able to rediscover her own self. She never did make the trip to Syria.

In my role as Africa director for the Terrorism Research and Analysis Consortium, I don’t just research and analyse; sometimes, I have to act. The Islamic State’s propaganda is no less effective in South Africa than in other parts of the world, and has already turned the heads of dozens of young South African Muslims who have gone to join the Caliphate in Iraq and Syria. In some cases, I have been approached by parents whose children are undergoing the radicalisation process, and who don’t know what to do to stop the process.

So far, I have been involved in eight such interventions in South Africa – including that of the 16-year-old girl mentioned above – and this is what I have learnt along the way.

Five of the interventions involved boys, and three girls, ranging from 14 to 18 years of age. Two interventions are still ongoing. In three cases a conscious decision was taken to travel to Syria. None of the teenagers suffered from any psychological disorders or a history of depression. The teenagers are all from steady households with sound financial income. Performance at school ranged from average to good, with three cases showing signs of a sudden change in school attendance directly traced back to exposure and contact with the Islamic State.

The process by which a teenager falls victim to Islamic State propaganda was similar in all eight cases. It starts with curiosity; a young, inquisitive mind that spends too much time on social networks, which provide exposure to Islamic State material. In only one case study was this curiosity driven by a fascination with the Islamic State’s infamous brutality – a fascination that began with schoolboys competing to see who could access the most gruesome videos and photos.

The effectiveness of Islamic State propaganda means that this curiosity often turns to keen interest, and a desire to know more. In this phase, the teenager starts building new frames of reference and meaning; and starts to change his or her behaviour.

This often involves allocating more time to reading the Qur’an. This phase is accompanied by a unique emotional stage: all eight teenagers I met said they experienced an emotional high. They were friendly, and would laugh and make jokes with their family. Family members were unaware of the reason for the change of mood, but were not concerned because it was so positive. This meant they were taken completely by surprise when they discovered the motivation for the change.

Self-radicalisation was not present in all eight cases. The teenagers needed a guide, someone who talked to them and convinced them that the Islamic State truly cares, will provide them with a new family, a new life and a purpose in which they will fulfil a role that will make them heroes and mothers – with an eternity in heaven as the ultimate reward. Herein lies the answer to why teenagers eventually fall prey to Islamic State propaganda: they are directly influenced and talked into it, and with the absence of a competing voice of reason due to the secretive nature of contact, the teenager’s mind is left unprotected.

So is it possible to interrupt this process?

Yes. In six cases, teenagers were guided on a journey of reassessing, rethinking and admitting to being victims.

The intervention cannot be an antagonistic process. De-radicalisation programmes are not a court of law filled with allegations and accusations. Understanding the teenager’s mindset demands much more from the facilitator than the teenager – can you distance yourself from your own perspectives and condemnations? If not, rather steer away from de-radicalisation as you are set to fail.

You are not in an ideological contest. It is not the task of the facilitator to discredit or engage in who is right or wrong. Such an approach leads to a tit-for-tat engagement with no end result as the teenager becomes defensive and just more determined in support of the Islamic State ideology.

Your focus at all times is to unpick the new frames of reference and meaning that have been planted by Islamic State propaganda. This is time-consuming and intense and the teenager has to be taken back to past experiences and reminded of what life has to offer within immediate surroundings. Visits to shopping centres, revisiting family photos, watching videos of family holidays and playing PlayStation games are all options to be considered. Ultimately, the teenager is taken on a journey back into his/her own recent past – and when they start smiling and laughing, you have made the first breakthrough.

At this point, the most crucial phase of the de-radicalisation programme is entered, and this is where expert knowledge and skills on how the Islamic State thinks and works are of vital importance. The teenager has entered a phase of endless questions in which he/she is comparing the Islamic State’s “reality” to the real world around them. Questions pertaining to the Islamic State’s religious credentials, the calling to be a martyr for God (also present in teenage girls), a woman finding perfect love, and most significantly making a difference against a world that is “brutal” in its repression of Muslim communities and refugees.

For now, this individual and family-based approach is preferable to any government intervention as neither teenagers nor parents view government as an honest broker. Parents worry that their child might be arrested, or that the child will simply be used to acquire intelligence or recruit sources.

De-radicalisation is a slow, fraught process, and there is no guarantee of success. But my experience has shown that in most cases it is possible, and this is a method does work. DM