#AfricanLivesMatterToo: The romanticising of a continent’s failures 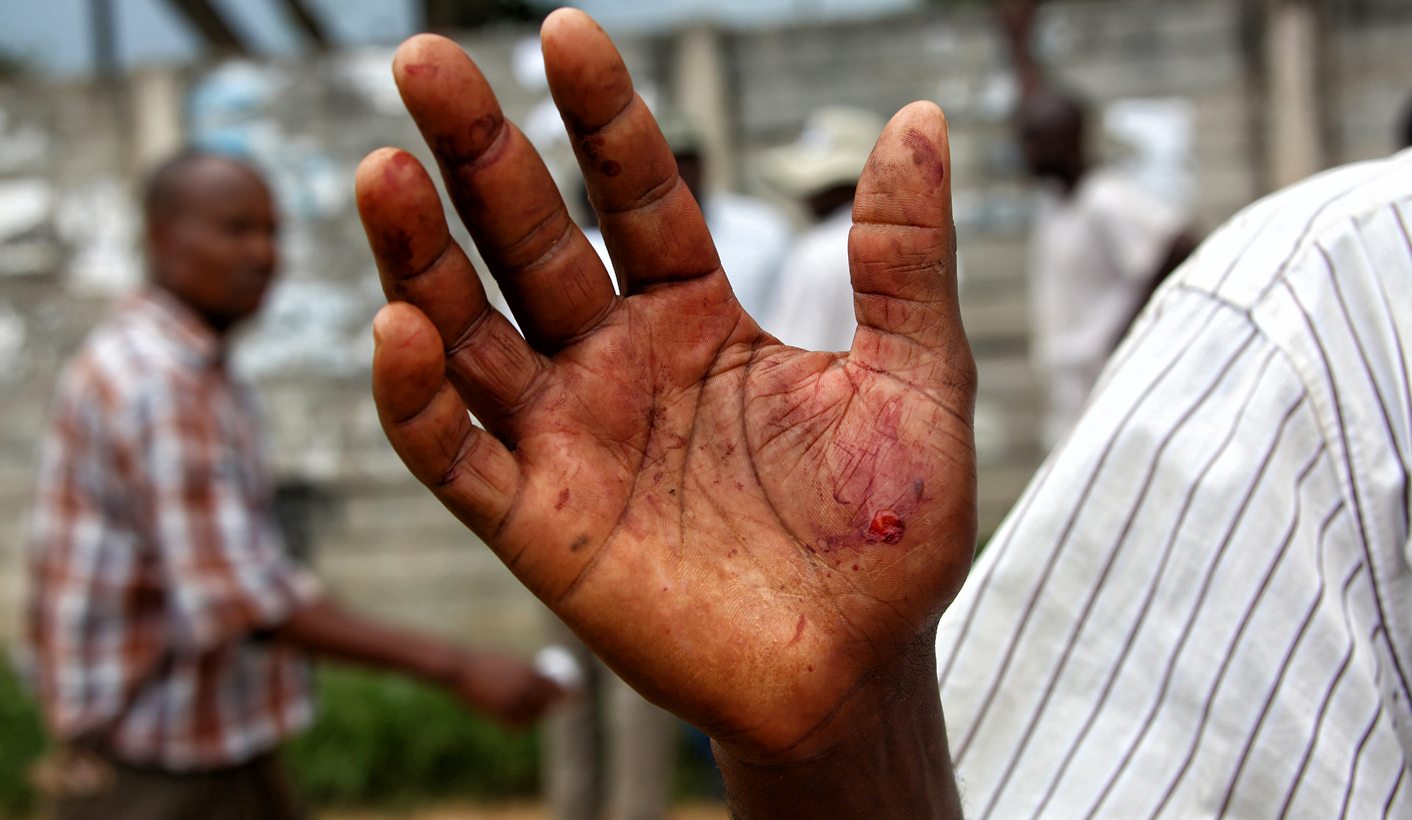 In September 2016, unarmed protesters have been killed by security forces in Gabon and Democratic Republic of Congo. Their major crime: exercising the rights to reject the covert manipulation of the constitution to lengthen the presidential term limit (in DRC) and the outright rejection of electoral chicanery (in Gabon). By BABATUNDE FAGBAYIBO.

We will never know the actual death toll of protesters in Gabon and the DRC, as authorities in Africa are adept revisionists of the real number of citizens that have been mowed down by bullets of the state.

Beyond the typical cries about the interference of western powers in African affairs, those who present themselves as our leaders have proved to be the greatest threat to the survival of ordinary Africans. If they are not implementing ruinous economic policies that ensure the pauperisation of the populace, they are engaging in bold-faced violent activities against the masses they are meant to protect.

Truth be told, many African presidents lack the basic skill to operate a street corner grocery shop. In addition to this deficiency is the absolute lack of emotional intelligence to handle crisis. The first response to any protest (even when conducted peacefully) is usually the unleashing of security forces on defenceless masses. It is as if the blood of innocent Africans is necessary for appeasing the patron gods of “sit-tightism”.

I have in the past few days burdened myself with the task of educating some African-Americans about the dangers of mythologising and/or romanticising certain African dictators. I sat with great unease as some of them waxed sweet lyrics about Mugabe, Gaddafi and other despicable African leaders.

One speaker even went to the extent of naming Robert Mugabe as the sole bearer of the pan-Africanism torch among the crop of current African leaders. This statement was the trigger I needed to plunge into some real lessons about the African condition.

My main counterargument to such nonsensical rationalisation was that if you do not have the first-hand experience of Mugabe’s absolute, ruinous exercise of powers in Zimbabwe, you cannot open your mouth to place him next to the African Gods without first educating yourself about the situation on the ground.

It is so easy to theorise and romanticise Mugabe from the comfort of your cushy spots in New York, Philadelphia, Johannesburg (because a number of South Africans also engage in this mythologising project) etc when you are not facing the brutish realities of the absence of jobs, food, or any positive outlook on how to basically survive. Mugabe’s (and his cronies’) mouthing of half-digested pan-Africanist slogans is not sufficient basis for absolving him from dastardly actions.

Even the African Union becomes conveniently mute when these leaders commit unpardonable crimes against humanity. It is as if the only condition for retaining your seat at the AU table is the depth of violent activities against innocent citizens. As George Ayittey once remarked:

“The AU is a hopeless and feckless organisation, it waits until an African country implodes and then launches urgent appeals for international aid… Afflicted with intellectual astigmatism, it can see with eagle-eye clarity the colonial injustices perpetrated against Africans by Europeans; but it is hopelessly blind to the equally heinous injustices African leaders perpetrate against their own people”.

And we must also remember that the AU, through its Article 46A Bis, has essentially provided full immunity to African leaders from prosecution for any crimes committed while in office. I still struggle to understand how not to construe this provision as carte blanche for serious impunity.

Our lives must matter too

Ours is a very sad situation. We are made to feel at every point that African lives matter very little, as long as the deciders of our fates to (literally) live are sitting presidents.

This great crime against Africans is a cardinal violation of pan-Africanism. The pan-Africanism rhetoric of the likes of Mugabe, Museveni, Kabila, Obiang Nguema and Dos Santos has unfortunately replaced the necessity of asking serious questions about the link between mere talks and action.

We should ask if the rigging of elections, assassination of opponents, high level thievery of resources, denying citizens the right to exercise their electoral choices, all qualify as basic (not even high level) pan-Africanism. Denying the African masses the enjoyment of these rights is tantamount to asserting that theirs is a worthless existence.

Until we all agree that the sacrosanct principle of pan-Africanism is the respect of the lives of the African masses, our journey to the “promised land” will remain deferred. DM

Babatunde Fagbayibo is an associate professor of law at the University of South Africa. He blogs at https://afrothoughts.wordpress.com/. You can follow him on Twitter @babsfagbayibo

Photo: A wound on a man’s hand after violence erupted at a rally that was supposed to be addressed by the Zimbabwe People First party president Joice Mujuru, in Glen View, Harare, Zimbabwe, 12 March 2016. EPA/AARON UFUMELI