Ntando Mahlangu:  South Africa’s 14-year-old blade runner who has only ever excelled 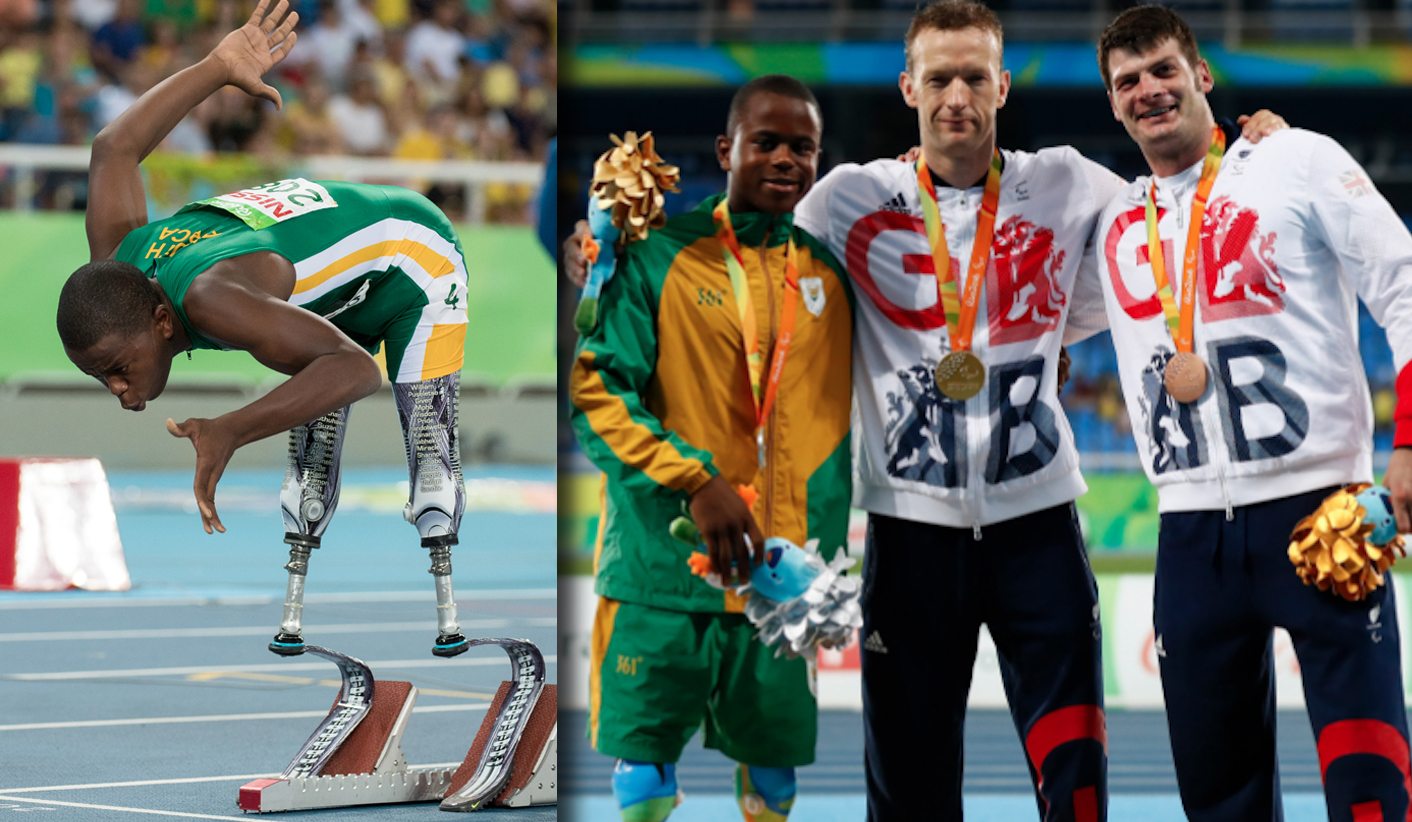 Those who had never heard of Ntando Mahlangu before his silver medal win at the Paralympics over the weekend might have been surprised. Those who have kept one eye on his meteoric rise know that this is just the start for the teenage prodigy. By ANTOINETTE MULLER.

In most ways, Ntando Mahlangu is just a regular teenager. He likes to play soccer with his friends and he likes most sports. He’s a little bit cheeky, he goes to training after school, and then does his homework.

In other ways, Mahlangu is everything but a regular teenager. On Sunday, he became a silver Paralympic medallist and if his performances over the last four years are anything to go by, he is set to become a legend of not just Paralympic sport, but perhaps even the Olympics.

Mahlangu won silver for Team South Africa in the men’s T42 final on Sunday night. The Mpumalanga athlete cruised to a time of 23.77 seconds, only being beaten by British Paralympic sensation Richard Whitehead (23.39).

While the 14-year-old said that he wasn’t expecting a medal, it’s hardly a surprise that he managed to win one. Since he was fitted with prosthesis for the first time four years ago, Mahlangu has smashed record after record.

Four years ago, Mahlangu was a ten-year-old who had been confined to a wheelchair pretty much since he was born. He suffered from hemimelia, a condition which meant that his legs didn’t fully develop below the knees. With the help of Jumping Kids, a non-profit organisation which helps fit youngsters with prostheses, Mahlangu was given shiny new cheetah blades.

As he was watching the London 2012 Paralympics, he was just learning to walk again. It took some effort – he needed assistance with learning how to balance, but as with everything Mahlangu has done so far in his young life, he learnt quickly. It took him just five days to master the blades.

“I was just learning to walk (in 2012 during the London Paralympic Games),” Mahlangu told the Paralympic News Service. “I was so excited when I took my first step that I vomited. The guy (doctor) asked me why I vomited and I told him I was so happy. I learnt fast, in about five days.”

Five days after being able to walk, he could run. Since that day, Mahlangu has done nothing but excel.

The silver at the Paralympics was yet another personal best and another African record, even if the 200m isn’t his preferred race.

It is almost impossible not to be enchanted by this young, beaming, bouncing athlete. Prior to being fitted with prostheses he was in a school for disabled students, but has since moved to a different school – and adapted from English to Afrikaans as a medium of instruction. He dreams of being an engineer one day, because he doesn’t believe athletics should ever be work. He is wise beyond his young years and talented beyond words.

Because of where his legs are amputated, it takes a significant amount of energy for Mahlangu to propel himself forward – he must swing his hips in an almost roundhouse motion to get traction – but that’s hardly a deterrent. His coaches say he spends most of his time on his blades, because he likes to stay active, something which is difficult on “normal” prosthetics.

When youngsters like Mahlangu burst onto the international stage, comparisons to other Paralympic greats will be inevitable. But Mahlangu is not the next “so and so”. He’s just the first Mahlangu and he has the world at the tips of his blades. DM