Somalia: As stability returns, Fadumo Dayib throws her hat into the election ring 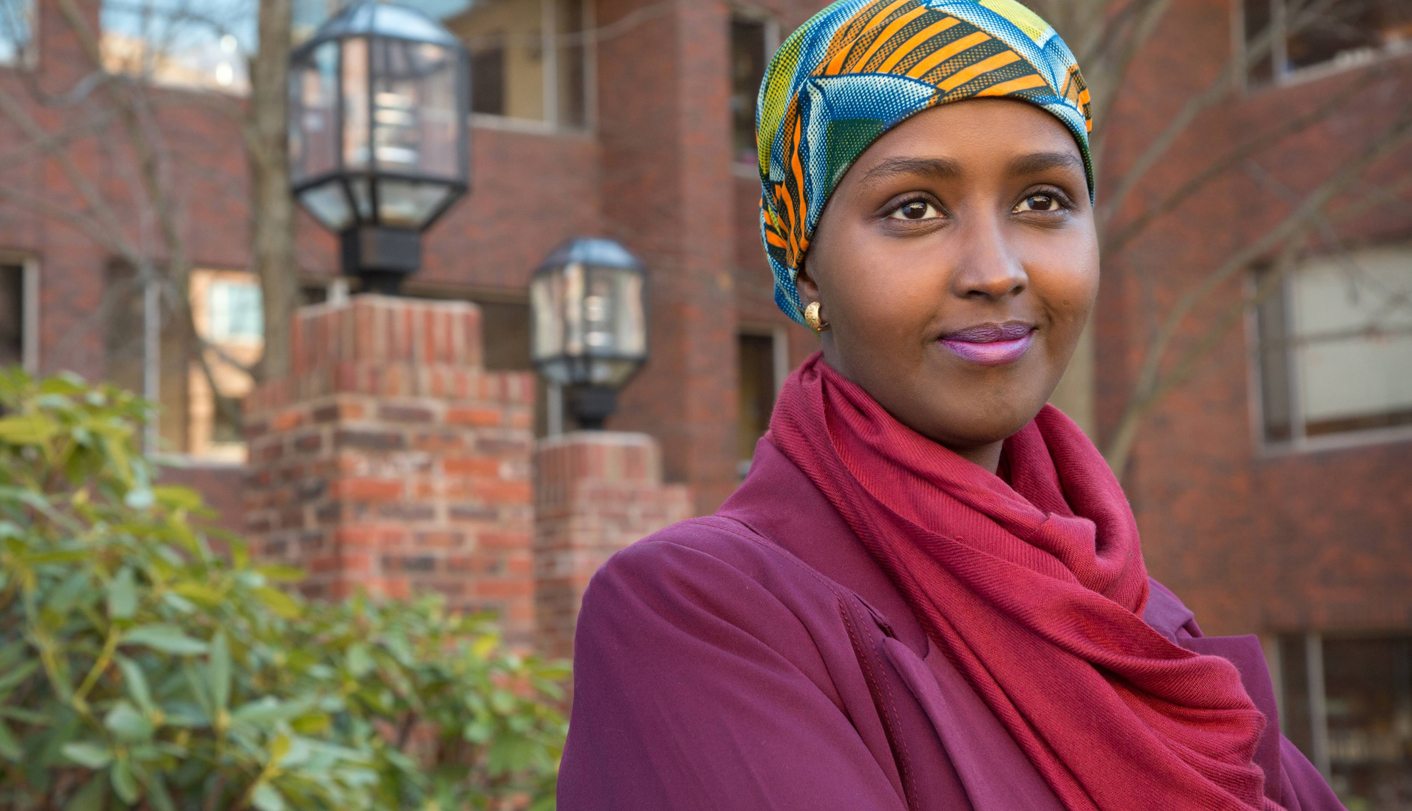 “My life is one that a lot of millions of refugees and displaced people can relate to,” Fadumo Dayib says as she discusses her bid to become Somalia’s first woman president.

Born in Kenya to Somali parents, Dayib was deported to Mogadishu in 1989, while a young teenager. Soon afterwards, the violence of Somalia’s civil war overtook the capital and forced Dayib to plead for a ride on one of the last departing planes for her and her two younger siblings. Together, they fled to Moscow, before finally settling in Finland.

“My personal narrative is the cornerstone to the work that I do,” the presidential candidate says.

Since then, Dayib, who arrived in Finland with only five years of education, has gone on to become a critical care nurse and earn a master’s degree from Harvard’s John F Kennedy School of Government. She credits much of that success to her mother, who despite receiving little formal education herself, recognised the potential in Dayib at a young age and set aside funds for her daughter’s education.

Since then, Dayib has worked for the United Nations as a healthcare practitioner around the globe, including Somalia. Today, she focuses her time on assisting Somali refugees – many of whom are young people. She says she is running for president now not just because she has the capability, but because it’s her civic duty.

“It’s the moral obligation for each and every Somali to do something about the bloodshed, the bloodletting in the country,” Dayib says of the continued instability and bombings in Somalia.

In a country where one out of 18 women dies during childbirth, about 1.7-million children are not in school and one in seven children under five years old is acutely malnourished, Dayib’s laundry list of goals is quite long.

Deeply aware of the unique challenges women in Somalia face, including marginalisation within the electoral process, Dayib says she especially worries about the youth. With high unemployment, the candidate says they are easy recruits for the anti-government militant group Al-Shabaab.

“The youth are in a very dire situation. Without them, Somalia would not progress. If properly trained … they could actually be productive citizens who are able to pay taxes and work and actually propel the country forward,” the candidate says.

In order to tackle this, Somalia needs to see an improvement in security across the board – something Dayib says the current administration has been failing to do.

Under the leadership of President Hassan Sheikh Mohamud, whose administration replaced the Transitional Federal Government, the country has seen global support and praise for its progress. An unprecedented number of countries have opened – or are in the process of opening – embassies in Somalia for the first time in more than two decades. They include the United Kingdom, Germany, the United States, Turkey, and China. Major lending organisations such as the International Monetary Fund are looking to bring Somalia back online and members of the Somali Diaspora are returning in droves.

But Dayib says these images of success are misleading:

“Prior to this government, the security was somewhat stable, but under this administration, the instability has increased,” Dayib says. “You have Al-Shabaab taking back areas that were claimed by the AU [African Union] and Somali forces. They are attacking in broad daylight, and it’s very brazen, which shows you that they have the upper hand.”

As Dayib enters the final stage of campaigning – conducted almost exclusively remotely, due to what she says are security concerns within Somalia – she faces an uphill battle. She has yet to secure the necessary support from ministers in Parliament, the only Somalis able to vote in the upcoming presidential election. She is also running as an individual and not as the candidate of a political party.

“She faces a fait accompli as the current political process is stacked against anyone like her,” says Abukar Arman, a political analyst and former Somali diplomat.

Dayib admits that the lack of political connections could cost her the election come October 30, but at the same time she’s not willing to compromise her values in order to win. She calls the system “corrupt” and one that not only favours men from major clans over minority groups and women, but also encourages vote buying – an allegation charged by many Somalia observers.

“I’ve always stated that I will fight corruption, yet I am not yet ready to be corrupt in order to say that I am fighting corruption,” she says. DM