Op-Ed: SADC summit an opportunity to set DRC on path to a peaceful transition of power 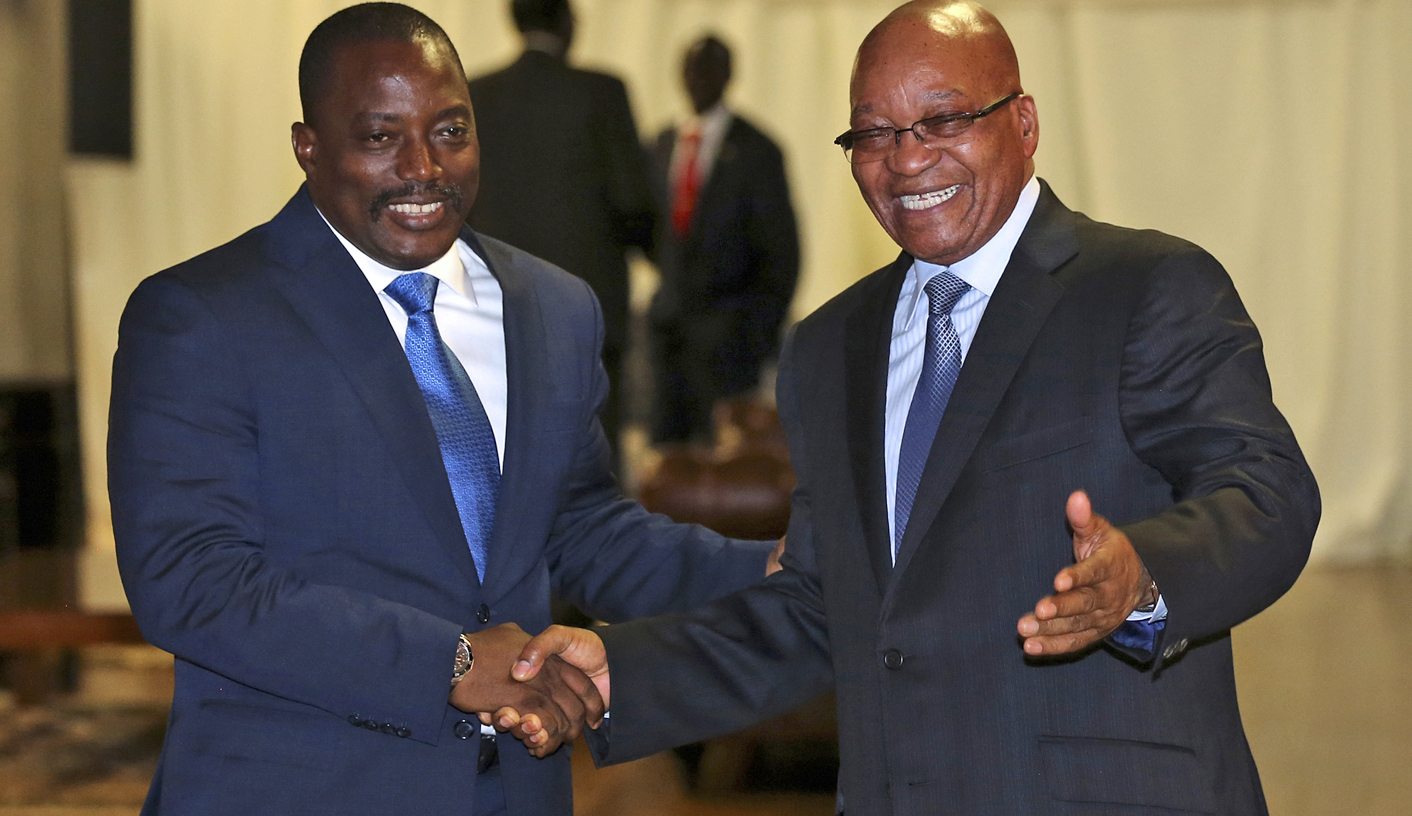 A decade ago, in July 2006, the Democratic Republic of the Congo went to the polls for the first time in 45 years. The ballot was seen as a litmus test for a dream of democratising and stabilising the whole of Central Africa. By CLAUDE KABEMBA.

Perceiving it as a compromised process, the main opposition party boycotted the ballot for the DRC’s historic 2006 election. But the election passed off mostly peacefully and Joseph Kabila became the country’s first democratically elected leader since Patrice Lumumba’s assassination in 1961.

Five years later, Kabila won re-election, but only after he had abolished the election’s second round and endured eruptions of violence; that process was generally seen as lacking in transparency, fairness and legitimacy. Yet the SADC and the international community were silent in the presence of such serious irregularities.

Today the DRC is organising its third successive democratic election. On the surface, this is a positive, but history is repeating itself and Kabila is placing the very democratic process that put him in power under threat.

The president’s desire to hang on to power beyond his constitutionally mandated two terms – or at least the uncertainty he is creating by not making his intentions clear – has plunged the country into a major crisis with consequences for the entire region.

Some, arguing for Kabila to stay in power for an unconstitutional third term, fear that his exit would destabilise the country. Let us be clear: an extension of Kabila’s time in power is no guarantee of stability. On the contrary, the current political stand-off demonstrates an almost total lack of planning by an administration that actually seems surprised that anyone would expect them to hold elections by the end of Kabila’s term.

Not just at the physical centre of the continent, the DRC has long been at the centre of Africa’s longest-running cycles of war, political violence and humanitarian catastrophes. Any further breakdown in law and order would certainly exacerbate as well as be exacerbated by the fragility of its borders. With hundreds of people still killed each month in fighting among militias, Eastern Congo has yet to be pacified and remains highly volatile. This region has the ignominious reputation of ‘the rape capital of the world’ with depressingly high numbers of women reporting having been raped in their lifetimes.

The basis of DRC’s shaky stability over the past decade has been the Sun City accords of the 2003 Inter-Congolese Dialogue, whose resolutions laid the basis of a new political dispensation after more than four decades of dictatorship. Once described by South Africa as “the only framework within which stability and peace in the DRC can be achieved,” it would be an unfortunate reversal if South Africa, SADC or the African Union endorsed any other process whose outcome will undermine the painstaking gains of the Sun City process.

Kabila needs to assert quickly that he will steward a peaceful and democratic transfer of power. Continued delays and uncertainty over the date of elections will further increase tensions, give space for vested interests to manoeuvre and erode the gains the country has made over the past decade.

The economy of the DRC has been performing well – but these gains will easily come undone if the political situation continues to deteriorate. Kabila has an opportunity to ensure his legacy of relative stability endures.

President Kabila’s reticence in laying the groundwork for elections seemingly presents the country with a fait accompli: it is simply impossible to organise a vote in time. But in the interest of peace and stability for the Congo and the region, strong diplomatic engagement is needed with Kabila and the opposition to lay that groundwork and ensure a free and fair process is begun as soon as possible. That process must begin at the meeting of SADC heads of state in Swaziland this week.

Kabila must be told that he cannot follow the recent path of Burundi, where President Pierre Nkurunziza swapped democracy for extreme violence and instability, which, if replicated to scale over the border in the DRC, would be cataclysmic. A confrontation between Kabila and the Congolese people who want a peaceful transition of power can be avoided – but only if SADC leaders act now.

President Kabila has a unique historical opportunity to break the cycle and arrest the seemingly inevitable slide into chaos by becoming the first Congolese head of state to preside over a peaceful transition of power. This simple act will be the single most stabilising factor in a growing emergency that threatens to take the country – and the entire region – down in flames. DM