Rio 2016: The most inspiring Olympics’ stories so far 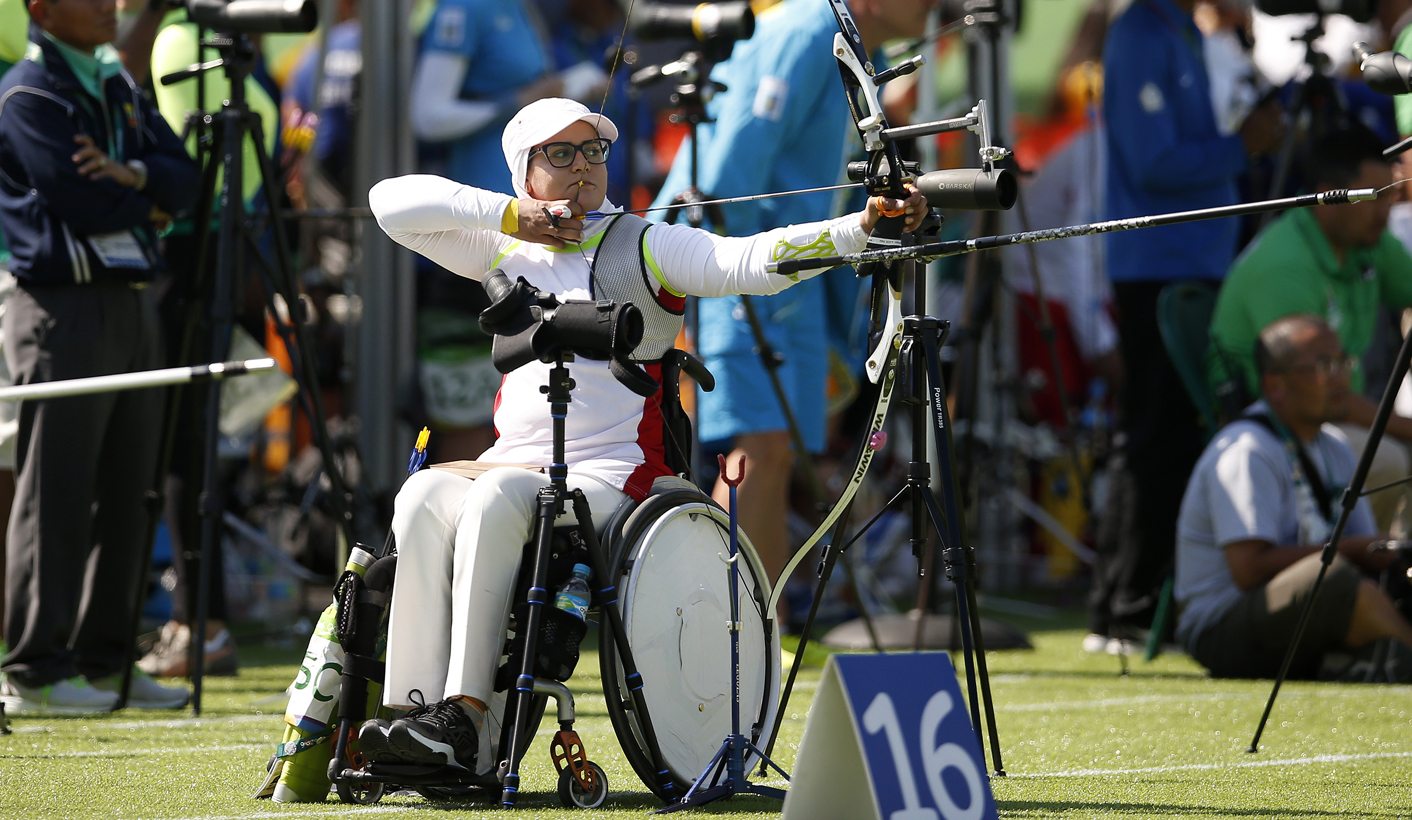 From the team of refugees to the rugby player who recovered from a broken neck and beat cancer, these are some of the most inspiring stories of the Games so far. By ANTOINETTE MULLER.

While the Olympics is always good for making you feel inadequate about your measly achievements as a human being and your athletic ineptitude, it’s also a fantastic place to be inspired by great people and the sheer bloody-mindedness of some athletes.

These Games have been no different. There are some amazing people who have overcome the odds to participate in the world’s most prestigious events and will make you want to be a better person. We’ve picked out a few of the best.

One of sweetest stories so far is that of Ellis Hill, the father of shot putter Darren Hill, was not even going to go to the Olympics. Travelling for mega sporting events is expensive and Hill, who drives an Uber taxi in Philadelphia, was going to have to settle for watching his son on TV. But that all changed when he mentioned to one of his passengers that he wouldn’t be able to go. The Good Samaritan decided to crowd-fund to get him there.

“It was devastating to hear that,” said the passenger, Liz Willock, in an interview with People magazine. “Here’s this wonderful man, who has a close relationship with his son, and I know any parent would want to see their son or daughter compete at the Olympics, but it was very understandable how that could be out of reach.”

From black belt to archery champ

Zahra Nemati is competing for Iran in archery and while you might not think there is anything special about that, her story is quite remarkable. Nemati is a former black belt taekwondo but was paralysed in a car accident in 2003. Three years later she decided to take up archery, and within six months, she had finished third at the national championships against able-bodied athletes. In 2012, she won two gold medals at the Paralympics and qualified for both the 2016 Summer Olympics and the 2016 Summer Paralympics this time around.

From near death to a gold medal

Chris Mears, the Team Great Britain diver who won gold on Wednesday, was given a five percent chance to live in 2009 after he ruptured his spleen. While training for the Youth Olympics, Mears had picked up but was not displaying any symptoms. His organs were squeezed to the point where his spleen ruptured. He lost five pints of blood and was told it was unlikely he would ever dive again. He would later suffer a seizure and a coma. Remarkably, he recovered.

The rugby player who broke her neck and beat cancer

The US Women’s Sevens team had a somewhat disappointing outing, but they were led through the campaign by the rather remarkable Jillion Potter.

Potter began her rugby career at and made her debut for the Women’s Eagles in 2007. In 2010, when she was just 19, Potter broke her neck in the build-up to the Women’s World Cup. Somehow, she survived without any serious damage and she was back out on the pitch within a year. But another setback was not far away.

During the World Cup in she found some swelling underneath her jaw. She soon discovered that she had synovial sarcoma, a soft tissue cancer. Potter managed to beat and now she is an Olympian. While the US might not have quite managed the result they’d have hoped for, Potter is surely one of the most remarkable athletes at the Games.

Running for his life

When Lopez Lomong was just six years old, he was abducted and taken to a prison in Sudan, where he was born. Townspeople would help him escape and make his way to the Kenya border. He stayed there in a refugee camp for a decade before resettling in the US in 2001. In 2003, he was reunited with his mother who he thought had been killed in battle, and in 2009, he travelled back to Sudan to bring his younger brothers to the States. This will be his fourth Olympics, having made his debut at the Games in 2008. He will run in the 5,000m.

Getting back on the horse

William Fox-Pitt is a two-time silver medallist competing at his fifth Olympics. The equestrian rider, who competes in the dressage event, was in a coma just nine months ago after a bad fall during a cross-country race.

The team of refugees who beat all the odds

For the first time at the Olympics, there is a refugee team taking part – all of whom have incredible stories to tell. Yusra Mardini is perhaps the most famous of the team. Mardini nearly drowned while escaping the conflict in Syria, feeling her country after her house was destroyed. The boat she was on began to fill up with water. Just four people on the boat – including Mardini – were able to swim. They pushed the boat for three hours until reaching land. She swam in the women’s 100m butterfly and although she did not advance, she won her heat.

Rami Anis is also from Syria and also fled the conflict aboard a dinghy, and while he did not advance from his heat either, he did set a personal best in the 100m freestyle – what better place to break your own record than at the Olympics?

Biel is a runner from South Sudan who fled the civil war in his country and settled in a refugee camp. He only started running a year ago and while there are “no facilities in the camp, not even shoes”, he will take part in the 800m and says he wants to “show the world that being a refugee, you can do something”.

Another 800m athlete, James Nyang Chiengjiek, is also from South Sudan and also settled in a camp in Kenya. Like Biel, he speaks of not having the right gear to compete and in addition to getting good results at the Olympics, his dream is “also to help people. Because I have been supported by someone, I also want to support someone.”

Rose Lokonyen will also run the 800m having fled South Sudan and settled in Kenya. Like her other teammates, gear has not exactly been at the top of her priorities list – she only started training in shoes a year ago.

Also from South Sudan is 21-year old Lohalith, who will take part in the 1,500m heats over the weekend. She started running while still at primary school. South Sudan will also have a male athlete in the 1,500m, Paulo . The 24-year-old began running after arriving at a refugee camp in Kenya and says that during his journey to the camp, “We ran to the bush and stayed in the bush. There was no food, we just ate fruit.”

Yolande Bukasa Mabika is a refugee the DRC who took up judo after being put in a home for displaced children in the capital of Kinshasa. But her coaches would abuse her and often locked her up after losing games. While competing in Rio in 2013, she applied for asylum just like Misenga. Misenga is also from the and lost his mother in the conflict. He also ended up at a home for displaced children and eventually applied for refugee status in Brazil.

Yonas Kinde, a 36-year-old from Ethiopia, is the oldest member of the team. He fled Ethiopia because of “political problems” and now lives under special protection in Luxembourg. He is a marathon runner who works as a taxi driver. DM