Op-Ed: Semenya will be SA’s darling, no matter what her rivals say 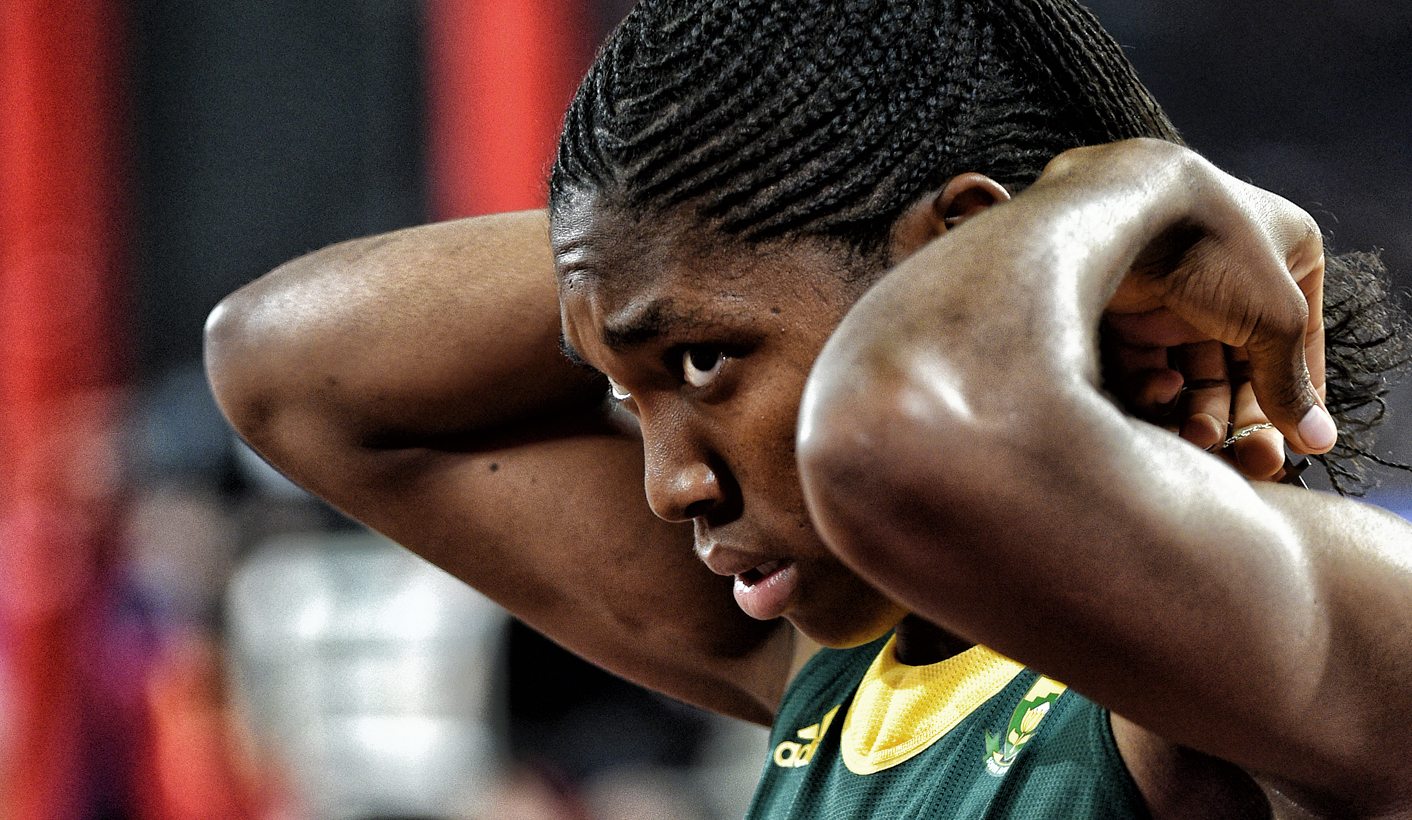 Before she even set foot in Rio, Caster Semenya had already been flung into the media spotlight. As the science around how to define sex and what advantage elevated T levels actually have continues to rage on, Semenya’s resolve can only be admired. By ANTOINETTE MULLER.

Caster Semenya had not even set foot on Brazilian soil and already the knives were out. In an interview with BBC sport last week, marathon world-record holder Paula Radcliffe said that if Semenya wins gold, “it’s no longer sport and no longer an open race”. Some of Radcliffe’s comments even appear to suggest that Semenya’s elevated testosterone levels (with which she was born) could be likened to organised doping.

Radcliffe later tried to clarify her comments by saying all she wanted to do was get across how complicated the situation is and how “finding a solution where nobody gets hurt is pretty much impossible”.

Radcliffe is not wrong: the situation is indeed complicated. But sex testing in sport is nothing new. We have evolved slightly from the bad old days when athletes were asked to drop their pants for a naked parade, but that does not mean there is consensus on the current methods of testing. Cheek swabs to determine chromosomes were eventually used but it soon became apparent that this science is not quite so straightforward.

The most famous case involved Spain’s Maria Jose Martinez-Patino, a hurdler who was told that because of her chromosomes (XY) she was a man. She spent years fighting against prejudice and eventually proved that her Y chromosomes existed because of a rare genetic syndrome. She proved that despite having higher levels of testosterone in her blood, she could not process it.  By the time she got there, though, Martinez-Patino could no longer compete. However, sex testing was stopped by the end of the 1990s, unless there was a case of extreme suspicion.

Enter Semenya. In 2009, she came from nowhere, but an 18-year-old blowing everyone away caused the IAAF to raise a few eyebrows and, hours before she was due to run in the 800m at the 2009 World Athletics Championships, news broke that a gender test had been requested. Thus followed a despicably managed situation which saw a young girl from a rural area with a rare condition and a wonderful talent treated like a freak.

“There has been a long current in modern sport that there must be something wrong with strong women. In the last 20 years it has become a kind of biological racism,” Bruce Kidd, a 1962 Commonwealth champion, told the BBC in an interview.

Semenya’s treatment and the absence of sound scientific rigour led to the IAAF consulting with experts to map a way forward relating to women with androgenic hormones. These hormones control the development of male characteristics and while there is some disagreement over what can be considered a “normal” amount of testosterone for women, there is agreement that a gap emerges between the sexes during puberty. For some women, these excessive levels are not beneficial at all, but the IAAF and the International Olympic Committee ruled that anything above 10 nanomoles per litre (nmol/L) of blood would be considered unacceptable and in any such cases women would have to undergo therapy, which could be anything from taking pills to having surgery.

It is here where scientists are divided. Peter Sonksen, a professor of endocrinology (the study of hormones) at St Thomas’ Hospital in London who was integral in developing anti-doping systems for Human Growth Hormone, told the BBC that the rule was “idiotic” and “completely wrong”.

“This rule is unfair, gross and unscientific. It is clear discrimination,” he said.

Indian sprinter Dutee Chand, who like Semenya was humiliated in the media, would eventually challenge this rule in The Court of Arbitration for Sport (CAS), and last year CAS suspended the International Association of Athletics Federations’ “hyperandrogenism” rules for two years which required women with elevated levels of testosterone to take suppressants to keep their levels at a rate they had deemed “normal”. The rules will be completely scrapped if the International Association of Athletics Federations (IAAF) cannot provide new evidence supporting them.

By many experts’ own admission, “there is no clear scientific evidence proving that a high level of T is a significant determinant of performance in female sport”.

And so, we are here where Semenya is competing in her natural state and setting world leading times. Every time she has set foot on the track in 2016 she has looked better than ever and many believe she is set to break the world record in the 800m at this year’s games. That Semenya is running with significantly higher levels of testosterone does not sit well with some – including Radcliffe and respected sport scientist Ross Tucker.

Writing on his blog, Tucker condemns those who are so quick to insult Semenya, but states: “The presence of the Y-chromosome is the single greatest genetic ‘advantage’ a person can have. That doesn’t mean that all men outperform all women, but it means that for elite sport discussion, that Y-chromosome, and specifically the SRY gene on it, which directs the formation of testes and the production of Testosterone, is a key criteria on which to separate people into categories.”

Tucker uses Radcliffe’s marathon being broken by 500 men every year as an example. But there is no mention of the fact that every single male athlete in the top 10 running the 800m in 2016 ran almost 12 seconds faster than Semenya. Cynics will say that she probably “holds back” to avoid further scrutiny – an accusation which was flung her way when she won silver at the 2012 Olympics. Whatever the case, Semenya is not currently breaking the rules. In fact, Joanna Harper, a transgender runner and scientist, who Tucker interviewed on his blog, went so far as to say it is possible that the entire 800m podium could be made up of intersex athletes and added that she “wouldn’t be surprised to see as many as five intersex women in the eight-person final”.

If that is the case, one has to wonder why it is that Semenya takes so much more flak than other athletes who are also genetically advantaged. Is it because she is just so much more successful than the rest? Or is perhaps because Semenya has never bothered to conform to societal gender norms? She has never bothered with the belly rings, bikini shorts and make-up and instead focused simply on her running. Smashing the white middle-class notion of femininity is obviously far too uncomfortable for some.

The science that defines sex – a different subject to gender identity – remains contested and continues to shift, just like the regulations in sport do. While the scientific debate on both sides remains interesting, the fact remains that for now, Semenya is not breaking any rules and is simply using her genetic advantage.

You have to admire Semenya’s resolve. To persist with running and bouncing back from the humiliation she went through as an 18-year-old takes considerable mental strength. To persist despite the insults hurled her way from all corners – despite the fact that she did not ask for any of this – is precisely why she South Africa’s darling. She embodies all the qualities we seek in those who represent us internationally and that, essentially, embodies the spirit of the Olympic Games. DM