South Sudan: Salva Kiir’s ‘I told you so’ moment 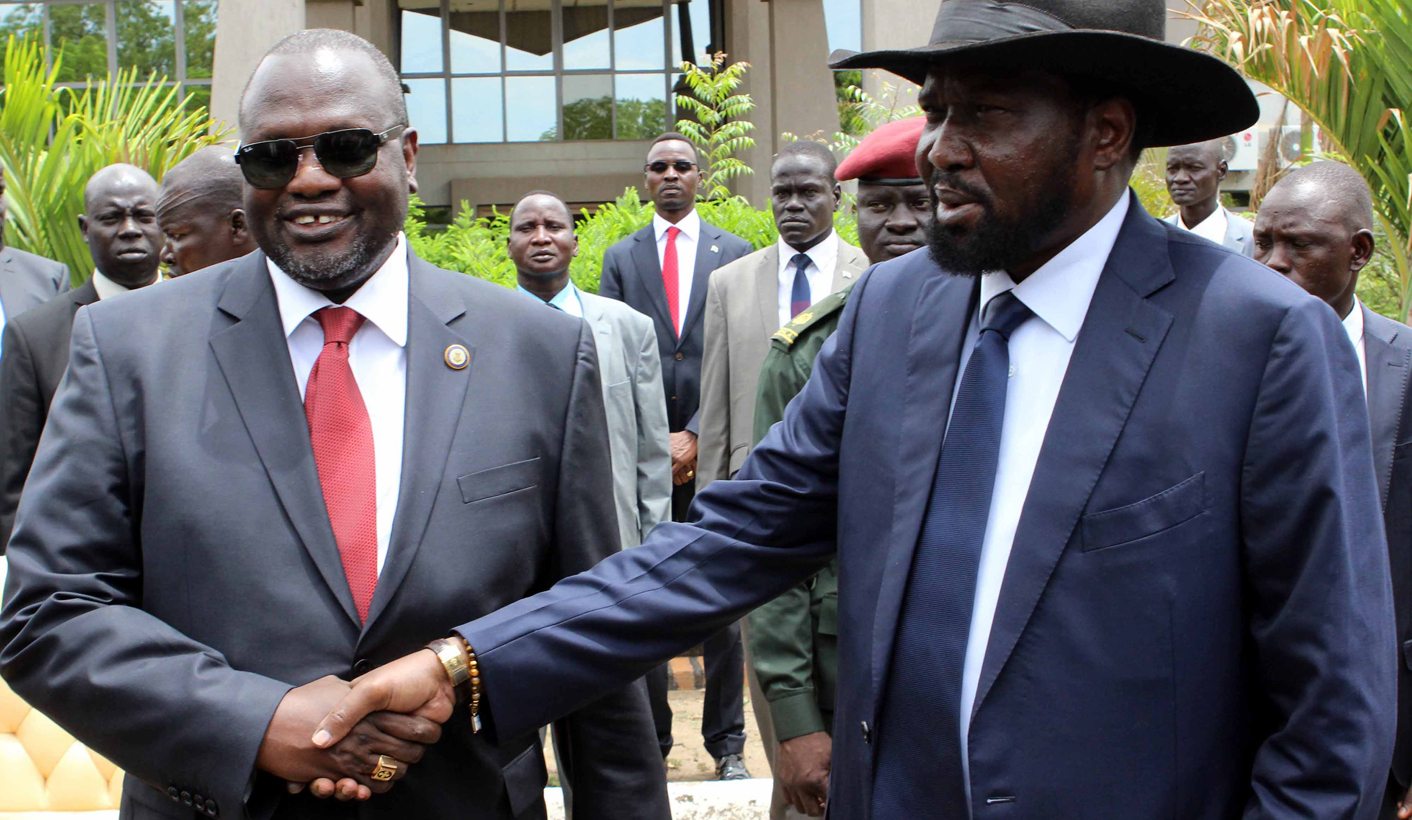 When fighting broke out in Juba on Friday 8 July just hours ahead of the fifth Independence Day commemorations, there were many people who were not surprised that the fragile peace deal had broken down. It provided even more evidence for those wanting to believe that there will never be peace in South Sudan and crushed the hopes of those believing that peace could one day come. By LAUREN HUTTON.

But it was also actually a moment of vindication for embattled President Salva Kiir and placed the international community squarely in the line of fire for yet again trying to force the signing and implementation of a flawed peace agreement.

The last couple of years have surely taken their toll on the rebel leader turned state president. Just months before the outbreak of the December 2013 civil war, Kiir had reportedly told former President Thabo Mbeki of his intention not to run for another term in office, insisting that it was time for him to hang up his infamous cowboy hat and return to the business of the family herds.

However, internal political pressures and the lack of the SPLM’s ability to manage succession, coupled with ambitious contenders, created a situation in which not only has he not been able to move off through an orderly electoral process, but also that he has had to govern through a messy civil war, fractured peace process and a transitional government of national unity, probably facing another term, should elections ever come. This is not a position to envy. This is not a position in which easy decisions exist.

From the outside, it is difficult to see the machinations of power. The subtle balancing acts, co-opting of enemies, keeping of friends and oiling the cogs of patrimony creates a political context in which event-driven analysis often falls short. Getting a glimpse of the bigger picture is difficult and identifying pathways to create the types of change desired, seemingly impossible. But there are times when situations are clear.

President Kiir was very clear when he signed the August 2015 peace agreement and said that it could not be implemented. As described in his own words, he told the IGAD heads of state at the signing ceremony that the agreement was not made to be implemented. Kiir detailed design flaws with the arrangement, saying that the structure of the transitional government of national unity “could be inevitably confrontational”, continuing that “(T)he eminent result is the total disintegration of the country.”

Kiir asked for more time for negotiations. The international community supporting the peace talks insisted that the agreement be signed and implemented. There was significant diplomatic pressure from the Troika countries of the US, UK and Norway – not only on South Sudan but on the IGAD states leading the negotiations – to force a premature agreement that no one really had much faith in. The US, who have backtracked on an arms embargo several times since the 2013 war started, refused to recognise any potential flaws with the peace deal. National Security Adviser and long-time South Sudan follower, Susan Rice, emphasised that the US did “not recognise any reservations or addendums to that agreement”. The UN threatened the Kiir government with further sanctions if he did not sign.

At the signing ceremony, President Kiir spoke of the immense pressure and “intimidation” that he had been under to sign the agreement. He called the regional and international actors supporting the peace process “careless” and warned that the agreement could lead to an escalation of violence that would affect the whole region.

I wonder how those individuals and those in their bureaucratic apparatus are feeling about things today. Because here’s the real stick in all of this: President Kiir will face international condemnation for the violence that has engulfed Juba over the last couple of days. The UN Security Council and IGAD Secretariat have called emergency meetings. Statements will probably follow. Strongly worded statements at that. But what of accountability for forcing Kiir into a position which he rightly pointed out would only cause further war? Much has obviously gone wrong in South Sudan; last weekend’s violence was just another chapter in a long tale of woe, but those coming to help should at least bear some responsibility for the consequences of their actions.

For even if the international community, broadly speaking, does not recognise their culpability in this regard, the belligerents surely do. It cannot be mere coincidence that UN and international assets have been increasingly targeted throughout this war. The brazen attacks on a US and UN vehicle last Thursday night showed that the capitalised letters provide little protection against the anger and frustrations of the infrequently paid and trigger-happy soldiers stuck in an uncomfortable political compromise. The systematic targeting of aid assets, aid workers and diplomats has become characteristic of the operating space. It speaks to a loss of neutrality. It speaks to a loss of confidence. It speaks to the shortsightedness of a flawed peace process as much as it does to the daily economic pressures under which a bankrupt kleptocracy is struggling to survive.

President Kiir may have been protesting about sharing power and restrictions on his executive mandate when he resisted signing the peace agreement. He could have been concerned about the potential for diminishing the power of the ethnic Dinka and losing control of the oil producing areas.

But he was also probably aware of the risk he faced in trying to keep the hardliners in his camp on side. What has been proven by the violence over last weekend is not that the peace deal has collapsed but rather that Kiir was right – he cannot implement this peace deal. DM