ISS Today: Boko Haram may not be Nigeria’s biggest threat 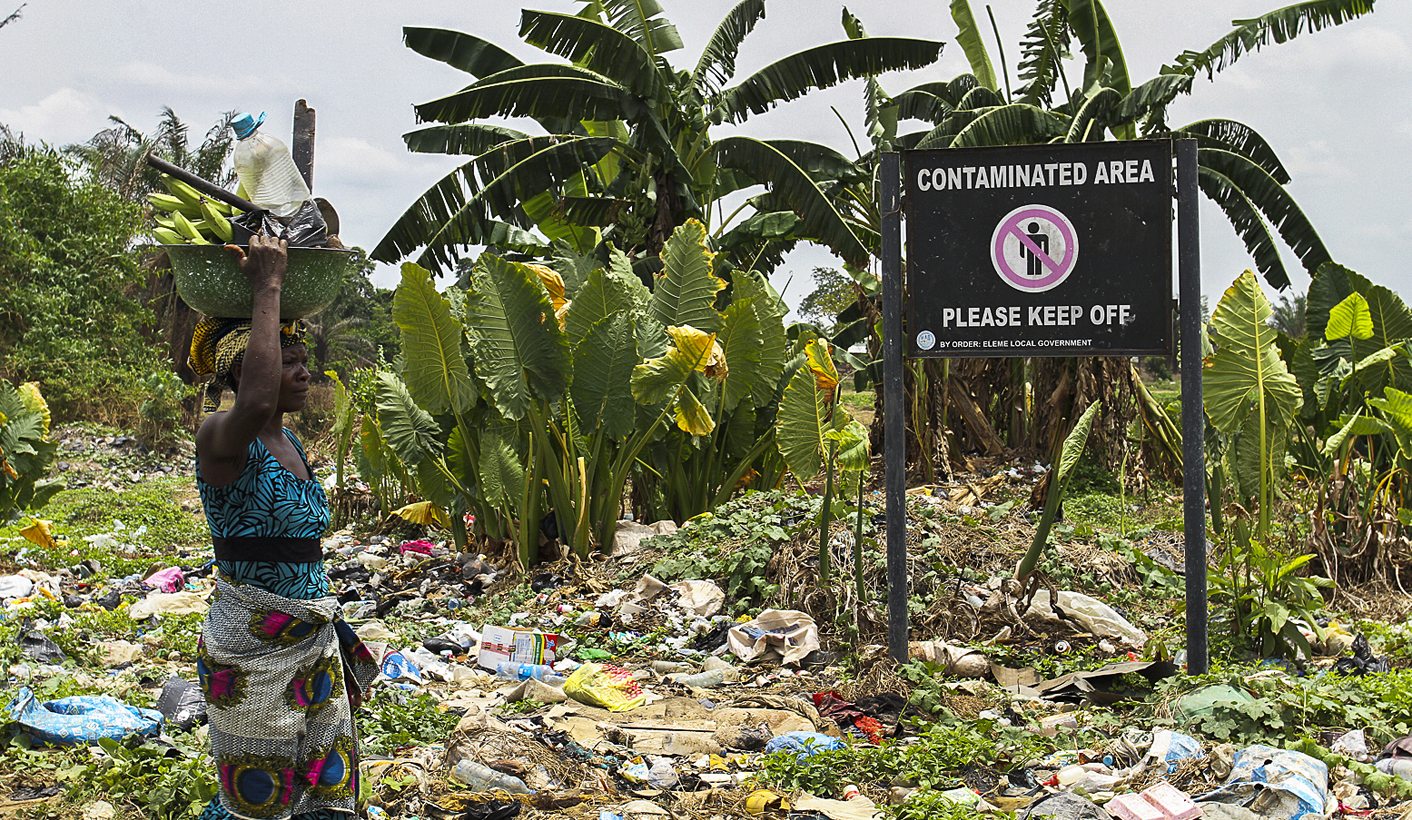 Even as Nigerian President Muhammadu Buhari claims to have “technically defeated Boko Haram”, he’s facing another armed rebellion, from a completely different part of the country – and it may be even more serious. By SIMON ALLISON for ISS TODAY.

Since the beginning of this year, an armed militant group that calls itself the Niger Delta Avengers (NDA) has been attacking oil facilities in the country’s oil-rich Niger Delta region.

In a recent attack, on 2 June 2016, the militants killed two soldiers and destroyed two pipelines in Bayelsa State, vowing to end Nigeria’s production of oil.

The violence has shut down several oil wells, claimed dozens of lives and forced major companies such as Shell and Chevron to evacuate staff and halt production in some areas. It’s also had a devastating impact on production: Nigeria’s output of crude is at a 22-year low, falling below 1.7-million barrels per day for the first time since 1994, according to Bloomberg.

The Avengers claim to be fighting to bring prosperity and development to the region, which has not benefitted proportionally from its vast oil wealth. In their own words, as per a statement on their website: “The struggle of the Niger Delta Avengers is a genuine affront to ensure that the Niger Delta is developed in proportions that are only measurable with the immense wealth from our region and our environment remediated to its original state.

“Unlike the blood tasty kinsmen (a reference to Boko Haram) of Mr President (Buhari), we take no pleasure in claiming innocent lives hence our struggle is geared toward attacking the oil installations in our region and not the people. And we shall stop at nothing until our goal is achieved.”

Trouble in the Niger Delta is not a new phenomenon. For almost as long as Nigeria has been pumping oil there, portions of its population have protested against the environmental impact of the industry and a perceived failure for the region to share the spoils. Perhaps Nigeria’s most famous activist, Ken Saro-Wiwa, was executed for his outspoken criticism of the behaviour of both government and oil companies in the area. A similar and perhaps more violent insurgency, under the banner of the Movement for the Emancipation of the Niger Delta (MEND), was only resolved by a controversial amnesty agreement in 2009.

A period of relative calm followed this amnesty, which provides for monthly payouts to former militants who accepted the deal. The ascension to the presidency of Goodluck Jonathan was undoubtedly a factor in this: from the region himself, he was seen as sympathetic to the Niger Delta’s concerns and, through his own patronage networks, co-opted and rewarded key political leaders.

But Buhari is failing to convince a new generation of militants that he has their best interests at heart – in fact, he has promised to go after them with force. It didn’t help that he was rumoured to be considering scrapping the amnesty payments, or that he does not enjoy the same close connection to the area as former president Jonathan.

“We had predicted that if Buhari wins the 2015 presidential election, the Niger Delta issue is likely to come back,” said Martin Ewi, a senior researcher at the Institute for Security Studies.

“This was due to several ‘warning shots’ – even when Jonathan was still president. The way he was removed from power in tense elections seemed to exacerbate Nigeria’s north-south and Muslim-Christian divides, and further infuriated the Niger delta militants, many of whom still hail Jonathan as a son of the soil,” he explained.

Ewi warns, however, that given the critical importance of oil to Nigeria’s economy, the potential consequences of the Niger Delta unrest make it an even bigger threat to Nigeria than the Boko Haram insurgency.

“The impact of attacks on pipelines in the Niger Delta is not just limited to the people in the area. Its effects extend nationwide; and it will be more serious than the Boko Haram crisis in the sense that every Nigerian is going to feel it. This is the nucleus of Nigeria’s economic future.

“Sustained attacks on oil facilities will affect production and the cost of petrol. Prices will rise, and Nigeria will have to start importing petrol more than it does now. This might also lead to mass protests, which could destabilise the whole country. Nigeria simply can’t afford to sustain this insurgency for the same amount of time as it has done with Boko Haram,” said Ewi.

Already, however, there are signs that this insurgency will be even harder to contain than previous outbreaks of violence in the Niger Delta. Two developments are particularly ominous as far as Buhari’s administration is concerned. The first is the public antipathy between the Niger Delta Avengers – whose members claim to be young and well-educated – and former MEND militants. The Avengers have been very critical of militants who reached any kind of accommodation with the government, especially of those accepting payments, which – if genuine – suggests that they may be harder to negotiate with.

The second is alleged links between the Niger Delta Avengers and the resurgent Biafran separatist movement. “The group … appears to have links to the pro-Biafra movement, which wants to establish an independent state of Biafra in south-east Nigeria. Biafra existed as a republic between 1967 and 1970, when it was reintegrated into Nigeria following a bloody civil war. The NDA has frequently called for the release of pro-Biafra activist Nnamdi Kanu, leader of the Indigenous People of Biafra, who has been detained by Nigerian security forces since October 2015 on charges of treasonable felony, which he denies,” reported Conor Gaffey for Newsweek.

There is considerable geographical overlap between the Niger Delta and the would-be Biafran state. Should the two movements join forces in a serious way, it could exponentially increase the scale of the threat to the Nigerian state. Given the ideological distance between the two groups, however, the challenges facing any such co-operation may be too great to overcome.

So far, Buhari’s administration has responded to the growing threat in an all-too typical fashion: with force and threats. On 30 May, five warships and 100 gunboats were despatched to the creeks of the Niger Delta, joining air force fighter jets and helicopters that were already there. Meanwhile, the army has been occupying key community centres and displacing some local residents, according to Vanguard newspaper.

It’s far from clear that this strong military response will deliver results, especially given the complexity of the Niger Delta’s terrain.

However, civil society organisations in the Niger Delta worry that a heavily militarised response will only make things worse. A coalition of 21 civil society organisations from the region released a joint statement that called for both the Nigerian government and the insurgents to embrace peaceful conflict resolution, and urged both sides to avoid escalating the conflict.

Ewi agrees that urgent action is needed before the situation spirals out of control.

“We should be seriously concerned, seriously worried, and now is the best time to take any action to prevent future bloodshed,” he said. DM