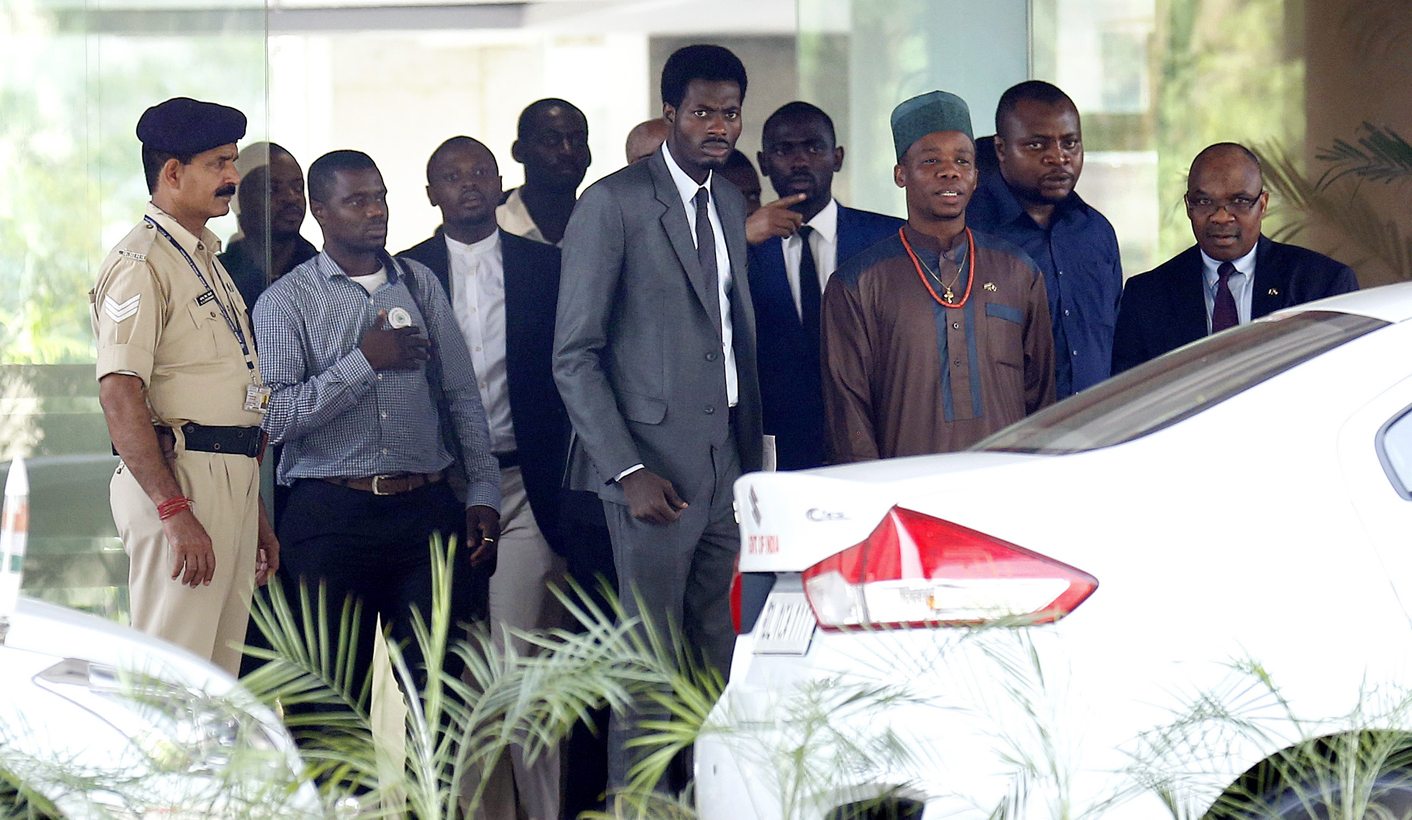 India’s efforts to improve its relations with African countries appear to have hit a stumbling block after a recent spate of violence against Africans in India’s capital city. While government officials are reluctant to admit it, the attacks seem to be racially motivated. By SIMON ALLISON.

Over the past two weeks there has been a spate of violent attacks on Africans living in India, particularly in the capital New Delhi.

It began with the murder on May 20 of a 29-year-old Congolese teacher, Masonda Ketada Olivier, who was beaten to death by three drunk men in a dispute about hiring an auto-rickshaw. It continued, a week later, with unco-ordinated assaults on at least six other African men, including Kenneth Igbinosa, a Nigerian priest, who was attacked in his car by at least 15 men wielding cricket bats.

“I think because I’m an African, that’s why… they were saying ‘you leave our country, you Africans’,” Igbinosa told local media. Other incidents were recorded in other cities.

For India’s government, desperately trying to woo governments and commercial opportunities in Africa, the timing of this violence could not have been worse. African diplomats in the capital immediately condemned the attacks, and threatened to boycott planned Africa Day celebrations (in the end, some African ambassadors attended the event, but only under protest).

This violence is nothing new, however, and nor is the xenophobia and racism which underpins it. Attacks on the tens of thousands of Africans living in India – including about 30,000 university students – occur with depressing regularity. For the African diplomatic community in New Delhi, Olivier’s murder was the final straw.

“Given the pervading climate of fear and insecurity in India, the African heads of missions are left with little option than to consider recommending to their governments not to send new students to India unless and until their safety can be guaranteed,” said the African Group of heads of missions in a statement.

India’s response was typically contradictory. On the one hand, senior government figures, such as interior minister Rajnath Singh, condemned the attacks, and demanded a full investigation. On the other hand, some officials insisted the attacks were “isolated in nature” and “not racist”; while others warned Africans not to drink or party in the open, a classic example of victim-blaming that feeds into Indian stereotypes of Africans as loud, aggressive and uncultured. Meanwhile, India’s tourism minister Mahesh Sharma went on the defensive, saying “even Africa is unsafe”.

This insipid, ineffective response hints at a darker truth, according to University of Johannesburg researcher Vineet Thakur, an expert in India-Africa relations: that racism in India runs deep.

“Generalisations are bad, but this one I’m happy to make. Indians are most certainly racist,” he said. Thakur said India’s caste-based society generates racist practices far too easily, and that it’s not only black Africans on the receiving end of prejudice. Even Indian nationals from the north-east of the country, more east-Asian in appearance, are discriminated against.

“Indian racism is still a very crude 19th century kind of racism which believed that Africans are some deranged species. For instance, Africans are pejoratively called habshi in Hindi. The term comes from the Arabic word for Abyssinians [Ethiopians] who came to India centuries ago, but now it translates to ‘cannibal’. Many of these attacks happen because of the assumed lifestyle of Africans – what they eat, how they party, etcetera – which is seen to be ‘uncivilised’,” said Thakur.

Nic Dawes, chief content officer at the Hindustan Times – and former editor of the Mail & Guardian in South Africa – is another who bridges the India-Africa divide. He argued that the current outbreak of violence in Delhi is not new, or particularly exceptional.

“India has a great history of government-to-government and people-to-people collaboration with African countries that dates back to the creation of the Non-Aligned Movement and early ideas of south-south solidarity… but this has been paralleled, more noticeably in recent years, by an anti-African racism which has been pronounced in big cities where you have small but noticeable concentrations of African migrants, like Delhi and Bangalore. This social friction has occasionally boiled over into outright hostility and tension,” explained Dawes.

Ominously, what Dawes is witnessing in Delhi now reminds him of what he saw during South Africa’s own outbreaks of xenophobic, anti-African violence.

“I think that this should be a moment of uncomfortable reflection for many South Africans. We all feel legitimately angry about the racism that people experience here in Delhi, but many of its features line up quite tidily with the language of xenophobia in South Africa. For example, there are widespread assumptions here that all Nigerians are drug dealers. Also the idea that Africans are different people who may take our jobs or consume state resources or meet and have relations with Indian partners, these are similar sorts of anxieties that one sees expressed in South Africa.

“The willingness of the police and other government officials to pander to racist sentiment is similar to the willingness of some in the South African government to play xenophobia down, to pander to the racist sentiment… It’s a distant mirror to what South Africa experienced, albeit on a much smaller scale – there are fewer migrants here, and the violence is much lower in its intensity,” said Dawes. DM

Photo: A delegation of African students and their leaders leave after meeting Indian Minister of External Affairs Sushma Swaraj to discuss the death of Congolese national Masonda Ketada Olivier, New Delhi, India, 31 May 2016. According to media reports Olivier was allegedly beaten to death by a group of men in a New Delhi residential area after an argument over hiring an autorickshaw, last week. The death of Olivier has caused protests and unrest. EPA/RAJAT GUPTA