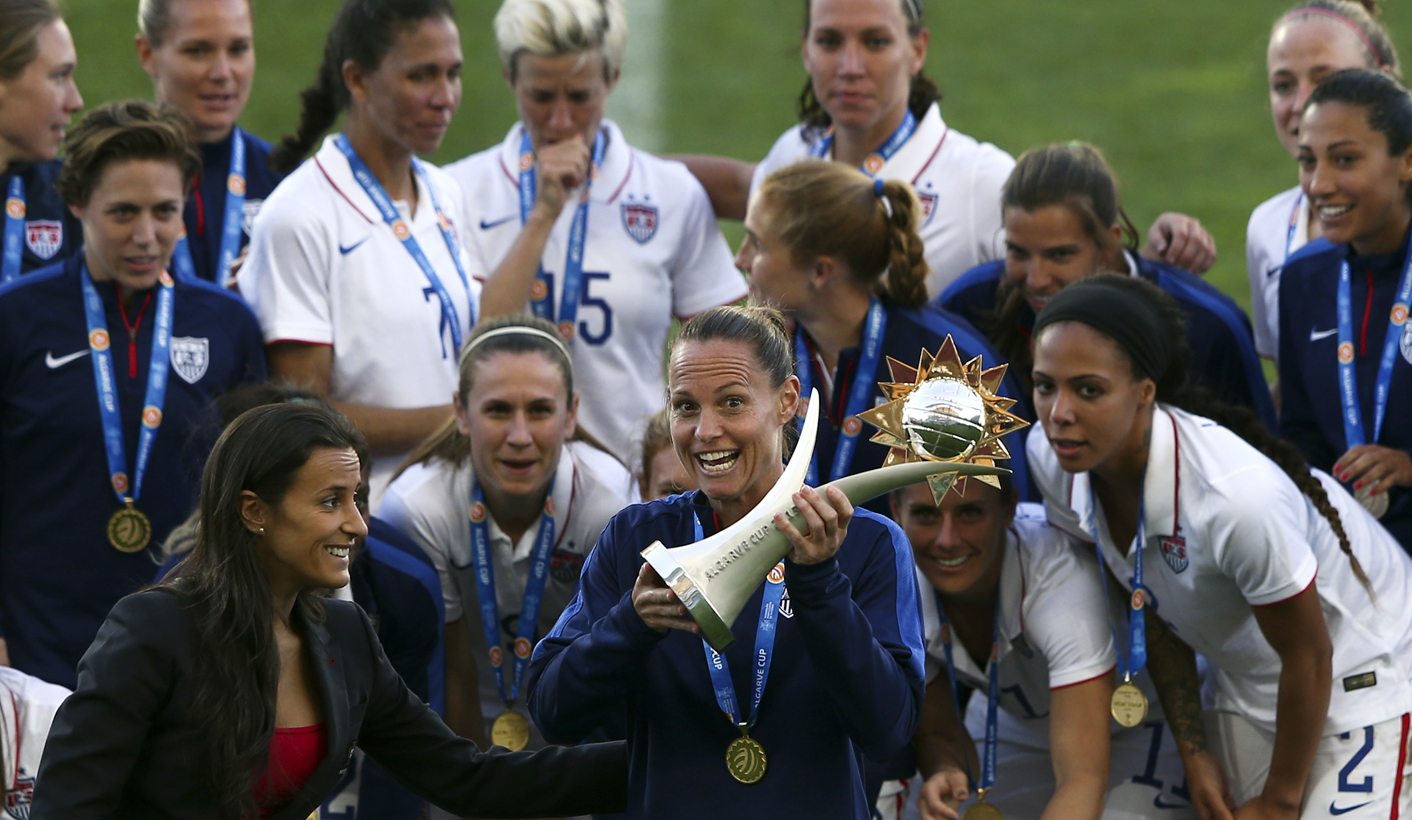 Last week, the US Senate passed a resolution which called on the US Soccer Federation to pay its World Cup-winning women’s team the same as it pays the men. While the federation tried to argue that there isn’t actually a pay gap at all, it’s a stark reminder of just how far we still have to go to reach equality for South Africa’s female soccer players. By ANTOINETTE MULLER.

Las week, the US Senate unanimously approved a non-binding resolution calling on the US Soccer Federation to “immediately end gender pay inequity and to treat all athletes with the respect and dignity those athletes deserve”.

The resolution was introduced in May after five players from the US Women’s Soccer team filed a complaint with the Equal Employment Opportunity Commission in March, asking it to investigate whether soccer’s American governing body had paid the athletes fairly.

The players suggested that they were paid 25% less than their male counterparts, but the US Soccer Federation disputed those claims. In documents released to news outlets in America, the USSF argues that the pay gap is closer to 2.2%.

Jeffrey Kessler, the attorney for the five players who filed the claim, disputes those findings, though and hit back, telling The Huffington Post: “This is complete distortion. It’s comparing soccer balls to beach balls.”

The devil is, as always, in the details. Women in the national team earn a base salary of $72,000 per year, plus a $1,350 bonus if they win a friendly match. While men do not earn a base salary, they are paid incentives for making the squad and their performances in those. Currently, men earn a minimum of $5,000 for every friendly and can earn more if they win or draw.

Currently women are required to play 20 matches per year in order to earn a full salary and since men rarely play that many (none did in 2015), the pay gap is closer since they do not earn the maximum in bonuses they are eligible for.

In the context of equal pay, this is a tremendous step forward, but it’s enough to make you squirm if you compare this to South African women’s soccer. In 2014, it came to light that Banyana Banyana players earned between R2,000 and R5,000 per game, while Bafana Bafana players earn R60,000 for a win and R30,000 for a draw.

Sure, the US is a bigger country with more money and more resources, and they are by far one of the most successful women’s teams (they are the current World Cup holders), but that doesn’t make these figures more startling.

South Africa’s women’s team is currently ranked 54th in the world – three places higher than the men, ranked 57th. Banyana have never been ranked lower than 74th, whereas the men were 94th at their lowest ebb. In 2012, the women finished runners-up at the CAF Women’s Championship and finished fourth in 2014. While the women’s team have a long way to go to achieve greatness, they have done incredibly well with limited resources.

When we talk about transformation in sport, it is vital that we include women’s sport in the discussion, too. After all, transformation is about equal access to resources and opportunities for all and the South African Football Federation is drastically failing women’s players in this country.

Earlier this year, it also emerged that R1-million that was due to be paid to the team – to be shared equally after qualifying for the Olympics – had not yet been paid two months after it was promised to them. The women also did not receive their daily allowances for a training camp.

Portia Modise, arguably South Africa’s most decorated footballer and the first African player (male or female) to score 100 goals for their country, famously proclaimed that she was broke by the time she had retired. She dedicated her life to South African football, playing for her country over 120 times. Were it not for her winning at the SA Sport Awards (a feat Minister Fikile Mbalula will no doubt parade around as evidence that his department treats all players equally), Modise would have had scant reward to show for her years of loyal and dedicated service in South Africa’s national colours.

The crux of the matter is that Safa – and the rest of South African football – has some seriously big sponsors on board. They might argue that these sponsors prefer the “marketability of the men” but that is no excuse to pay women a fraction of what the men earn, especially not if they consistently outperform them.

The issue of equal – or for a start, better – pay is something which the Shadow Minister of Sport, Solly Malatsi, has relentlessly pursued both in Parliament and with the Commission for Gender Equality in June of 2015. In August last year, Malatsi attempted to raise a motion to address the matter in the National Assembly, but it was blocked.

The complaint with the Commission for Gender Equality has not budged since they have struggled to solicit any sort of response from the South African Football Union, this all while Mbalula remains mum on the issue and no one else seems to care about the blatant discrimination against South Africa’s sportswomen.

Compared to the US Women’s Team, it seems as if the road ahead for South Africa’s female soccer players is pretty grim and paved with patriarchy, especially when their own federation does not seem to care much. DM