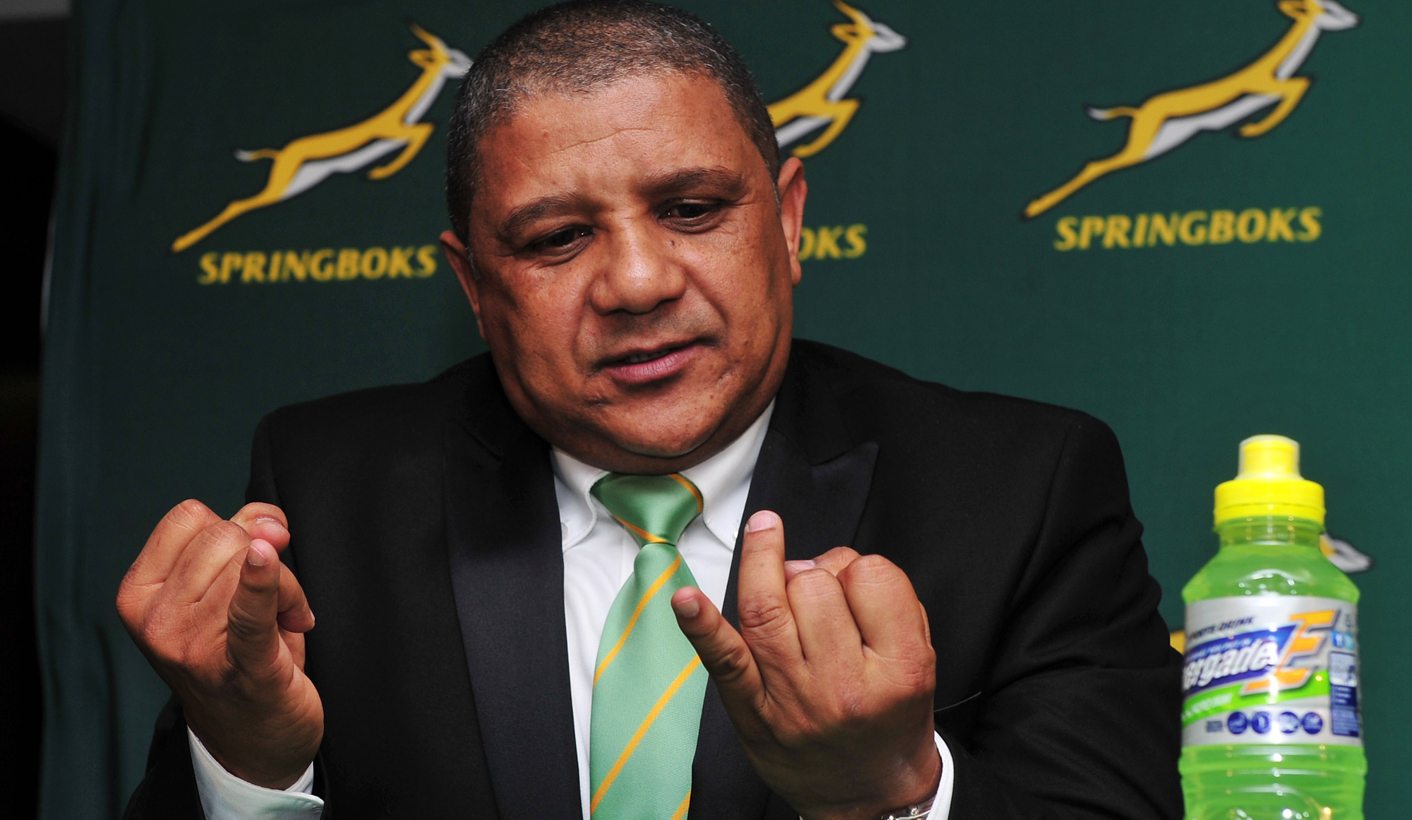 When it comes to selecting sporting sides in South Africa, it’s not often that even the most notorious comments sections are mostly in agreement. Yet, somehow, despite all the doom and gloom currently surrounding South African rugby, Allister Coetzee has managed to keep almost everyone pretty happy. That’s the first battle won. By ANTOINETTE MULLER.

When even the most notorious of comment sections on the internet seem to resemble something vaguely resembling coherent debate, you know you’ve done something right. If you can achieve that, as Allister Coetzee did when he announced his first ever Springboks squad over the weekend, then you’re definitely on the right track.

The new Bok coached announced his 31-man squad ahead of the three incoming Tests against Ireland in June on Saturday and if the comment section babble is anything to go by, he is broadly backed by the South African public. You might even go as far as to say that people are excited by his picks.

The biggest concern for Coetzee and supporters seems to be experience – or rather the lack thereof. Nine players out of the 31 have never played a Test before, while only eight have played more than 30 Tests. With many of the Heyneke Meyer-era stalwarts entering retirement, Coetzee had no choice but to usher in new faces, but this is not necessarily a bad thing. He also had to contend with a number of notable injuries, a few others who have “made themselves unavailable”, and some players unavailable due to other commitments, including Sevens Rugby.

Most encouragingly is that Coetzee seems to have largely rewarded form over reputation, and he has put a lot of faith in the Lions players who are by far the most refreshing South African rugby franchise team playing. From Lionel Mapoe to Elton Jantjies and Warren Whiteley, all Lions players, Coetzee has not been afraid to rock the boat.

Not all of his selections have been universally welcomed. The selection of Nic Groom, Scarra Ntubeni and Bongi Mbonambi have all raised a few eyebrows. Former Bok coach Nick Mallet didn’t mind Ntubeni’s inclusion too much, saying on SuperSport after the announcement: “I’m pleased to see Scarra Ntubeni there as well. He is an explosive hooker with lots of potential.”

But the player who has arguably got the most tongues wagging is Garth April. The 24-year old has enjoyed a meteoric rise this season and has stood in for Pat Lambie emphatically. It’s easy to forget that he only made his Sharks debut in April. With a number of more experienced players out injured, Coetzee had no trouble justifying his selection.

“We’ve got Kurt Coleman, Handré Pollard and Robert du Preez injured, and I’m sure that those three players would’ve been among the squads. Garth April showed tremendous composure when he was chucked into the deep end when he played against Toulouse overseas [in a pre-season game for the Sharks in France],” Coetzee said.

“Garth April is one of those flyhalves who can really take it to the line and also has a good kicking game. I like the way Garth has shown composure as a youngster at 10 in top games. You [should] always allow for late bloomers, late developers…he has good, soft touches and I like his core skills too.”

This kind of radical approach is something completely new, but something Coetzee was very good at during his time with the Stormers. Not being afraid to throw young players into the deep end is in complete contrast to the Meyer era. It’s something that will stand Coetzee in good stead, but will most likely cause ire amongst the more conservative supporters who have become accustomed to a certain way of doing things.

Coetzee also managed to keep his selections within the transformation targets, again echoing his time at the Stormers. Out of the 31 players selected, 12 are black (or generic black to borrow a crass term from the way SA government divides player of colour), and eight of those are black African. With so many talented and in-form players in the side, it is also likely that Coetzee’s first starting XV will be a bit more colourful than during Meyer’s tenure. While this might look good on paper, conservative South Africans will only start buying into true transformation once the team starts winning and doing so convincingly.

However, with a bunch of in-form players, seemingly picked largely to fit into the Lions way of playing, South African rugby looks set to usher in a new era. But it also brings a new challenge. Building chemistry that ebbs and flows takes time and Coetzee has precious little of that at his disposal. The first Test against Ireland is just over a week and a half away, so it won’t be too much of a surprise if the Boks employ their tried and tested physical approach.

Coetzee also still has to decide on a captain, saying that he would prefer to work with the squad first before picking from his “leadership group” which consists of three or four players. Another challenge awaiting the new Bok coach is the use of overseas players. Coetzee has been unapologetic about wanting to make use of these players, but there still seems to be some quiet disagreement between Coetzee and the upper management of the South African Rugby Union regarding the issue.

Coetzee is a wily old-fox, however, and the selection of Steven Kitshoff, reportedly being wooed by France to change his allegiance, is a cunning move to keep him in the South African system. Kitshoff is still only 24 and knows Coetzee well from his time at the Stormers. With Tendai Mtawarira heading to the other side of 30, this is not only an ideal time to start blooding a successor, but offers the perfect opportunity for Coetzee to prove that selecting overseas based players can be beneficial in the long-run. DM