Wake up, Zambia, smell the roses 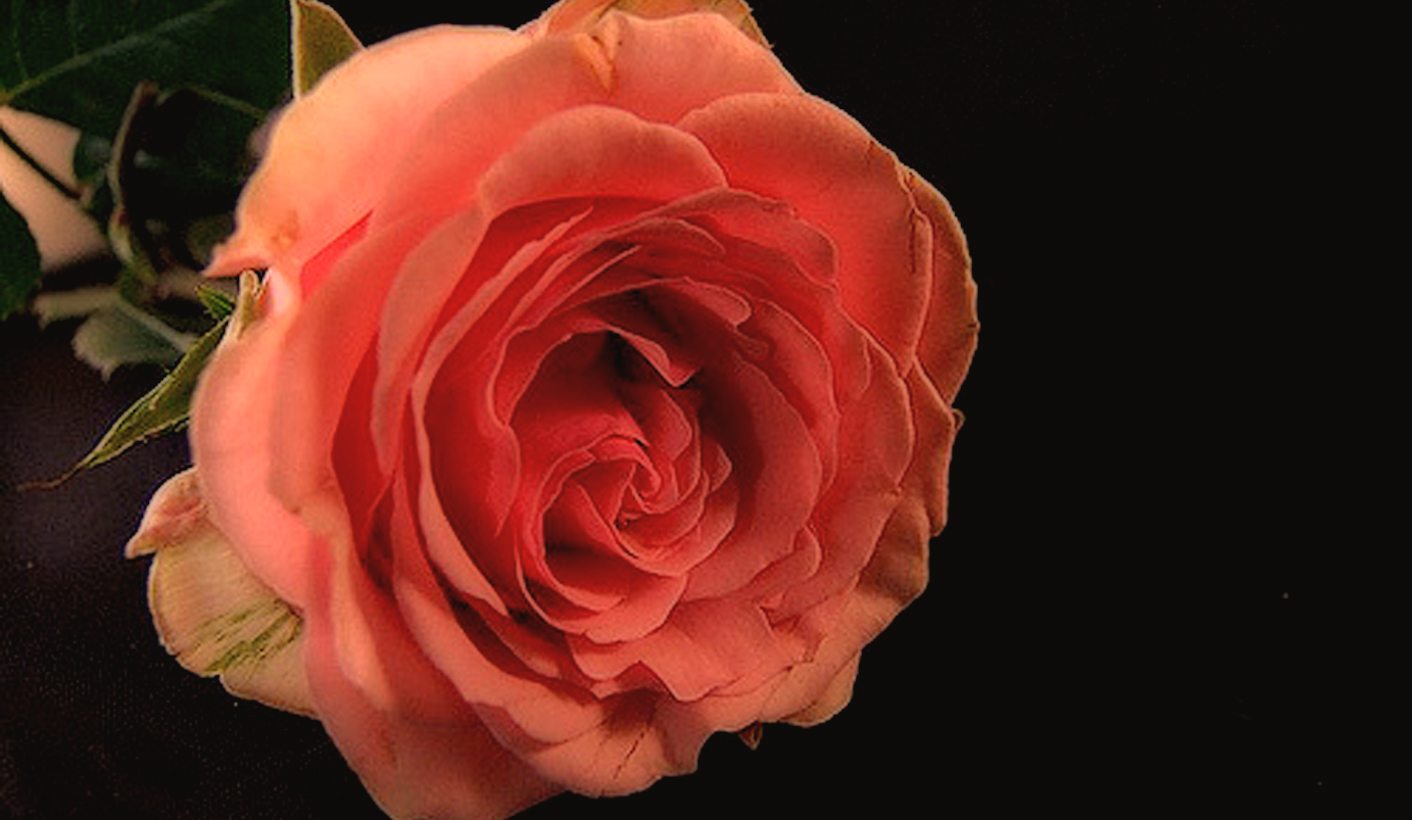 One Zambian mine, Kansanshi in Solwezi, has consistently paid most corporate tax countrywide over the past decade. Mining, too, is the country’s main foreign exchange earner, and supplies one-fifth of government revenue. But while mining remains important, it will never generate the number of jobs that Zambia needs to create for its growing population. A more diverse approach is needed. By GREG MILLS and DICKIE DAVIS.

Part of the answer lies with agriculture.

Zambia has an employment challenge. It is estimated that today there are 7-million Zambians of working age. Currently 40,000 employers pay into NAPSA, the state pension scheme, along with 700,000 citizens, of which a staggering 250,000 are civil servants. By comparison, there are 800,000 members of the Zambian Farmer’s Union, each with an estimated 10 dependents. Thus much employment remains informal and low paid.

Zambia has bountiful rich farming land and a plentiful supply of water. It feeds itself. While many challenges remain in the sector, there has been some progress.

Zambeef epitomises this improvement, a $230-million company started off 20 years ago with two guys delivering beef from the back of a Land Rover.

While their rough and ready mindset prevails, perhaps at cost to their public relations, the business is today a sophisticated multinational, listed on the Lusaka Stock Exchange and with operations also in Nigeria and Ghana. It’s vertically integrated, where smallholders and its own commercial farms supply both its stock feed and meat divisions.

The volumes are considerable. Zambeef employs 6,000 directly, produces a quarter of Zambia’s wheat and soya, and has 150 retail meat outlets nationwide.

Lusaka remains transfixed by the fear of a maize shortage, the staple. After all, maize riots threatened once to topple Kenneth Kaunda’s government. Despite this paranoia, the cereal industry is buoyant: the annual maize harvest is around 2.3-million tonnes, though the national requirement is only half this amount.

About 90% of maize is produced by smallholder farmers, reflected in the split between customary and leasehold land of 94:6, and the lower prices obtained for maize. Commercial farmers, who work less than one percent of Zambia’s 750,000km2, prefer to grow higher value crops, including soya.

Still, the maize surplus could easily be increased given low yields among the smallholders, of about two tonnes per hectare. This would require better techniques and fertiliser. While Zambia has an extensive Farm Input Support Programme (FISP) that delivers 180,000 tonnes of fertiliser annually to poor farmers, this has proven as much a feeding scheme for skimming profits as for Zambian stomachs, with opaque deals cut on transportation and fertiliser supply. A wholesale move of all recipients over to an e-voucher distribution scheme should help to ensure it reaches those who need it, and clean up distribution.

But more is required, including an overall liberalisation of the maize market. Until now the Zambian government has constantly meddled in pricing, at the cost of the small farmer and to the profit of the miller, its buying and dumping suppressing prices, subsidising wastefulness domestically and consumption regionally.

“Taking inefficiencies,” as one farmer suggests, “to new levels of efficiency.”

Much maize is sold to the Food Reserve Agency at its floor price, which effectively becomes the maximum price given that alternative markets are hampered by a permit process designed to curtail the export of maize. Yet Malawi, Zimbabwe and South Africa are all dependent on maize imports; in the case of SA, as much as seven million tonnes in the 2016 season, 2.4-million tonnes in Zimbabwe and 700,000 tonnes or more in Malawi. “There is always someone,” says a Malawi farmer assessing the market opportunity, “misfiring on maize in the region.”

Logistics is another challenge. The cost to transport fertiliser, per tonne, from the port of Beira in Mozambique to Lusaka is $120 for transport plus $60 for port charges; to Beira from major sources of bulk supply, such as India, it is only $20.

If the government got out of the business of buying and selling and the export process was made easier and cheaper, the market would adjust – in the farmer’s favour. And if yields could be improved, and crop selection diversified, with a combination of more appropriate fertiliser and better knowledge, all manner of growth possibilities exist.

To use their agriculture advantage, says one foreign diplomat based in Lusaka, Zambia also “needs to reduce its subsidies and gradually move out of subsistence to cash crops where the income is highest”. And rather than relying on physical maize stockpiles for the food security the country should move over to a virtual monitoring and forecasting system.

The future is not just about staples.

Horticulture is another missed Zambian opportunity story, mainly due to bad policy and laxity. The horticulture industry today employs 5,500, little more than a third of the figure a decade ago.

Floriculture in particular is ideally matched to a country that is projected to increase its population from 15-million to 25-million by 2030. The jobs return on the size of the investment and land usage is impressive: one job for a turnover of $10,000 annually and an initial investment of $20,000, compared to an estimated $250,000 investment per job with capital intensive mining.

Yet the industry in Zambia faces all manner of constraints.

The cost of airfreight amounts to half of the flower producers’ direct costs. The high cost reflects the infrequency of flights north to Europe, and the cost of aviation fuel, aircraft handling and landing fees. Rather than offer assistance, the government has introduced more and more requirements and regulations and increased their fees for such services.

Power in Zambia, once plentiful and reliable, is subject to regular outages, with the state supply corporation Zesco now the back-up power source to farm generators, rather than the other way around. The flower business should be best thought of as an “export processing zone”, reflects one farmer responsible for 180-million sweetheart rose exports annually to Europe and the United Kingdom, where all inputs save water and labour are imported. Yet there are no exemptions on duty; in its place exists an inadequate lengthy impractical duty drawback scheme at the mercy of government’s bureaucracy, which has replaced the duty-free status once enjoyed by exporters. Even capital equipment is subject to the same system.

Moreover, the regional competition is not standing still. Why should it?

Kenya and Ethiopia are surging ahead in this sector, with 3,200ha and 1,850ha under cultivation respectively. Their wage rates are lower than in Zambia, they are closer to European markets, and their climate and altitude allows them to grow all year round.

While both enjoy regional airport hubs with plentiful flights, Kenya has even established a dedicated terminal at Jomo Kenyatta International Airport to support the flower business. Kenya’s cut-flower exports increased 12-fold to 137,000 tonnes between 1988 and 2014, now supplying one-third of the European Union’s imports. Now the world’s third-largest flower exporter, half a million Kenyans are dependent on the sector, which brings in $600-million annually.

Further north, although it only started with one hectare of open field summer flowers in 1995, Ethiopia’s floriculture industry today ranks among the top five global suppliers and second only to Kenya among African producers and exporters. Revenues were over $265-million in 2015, the sector is responsible for 75,000 direct jobs, most of which are occupied by women. The first dedicated load, recalls Tsegaye Abebe, the founder of the Ethiopian Horticulture Producer Exporters Association, and the farmer who planted the first hectare, in 2005 “filled just 19 tonnes of the 36 tonne capacity of that Boeing 757. Then we filled it, increased aircraft numbers, and later moved over to a 75 tonne capacity MD11. Today,” he smiles, “we use two 777s daily, with three at peak, to Europe, plus passenger bellies to the Middle East. In all it’s about 300 tonnes average a day over the course of the year.”

Rather than talk about helping business, a Zambian disease, Addis Ababa has offered low-interest loans to investors, a duty waiver on inputs and capital goods and a five-year tax exemption for exporters. The lease of government land is “almost free”, at €7.00 per hectare annually, and concessionary loans available with long pay-back periods.

Cut flowers are more a logistics than a land business, where success is reliant on sound management and a responsive government, carefully tending to markets and pruning costs. When logistics costs are cheaper than the cost of heating European greenhouses, it makes sense to import.

Farming in general offers Zambia’s brightest prospect for economic diversification and job creation. Until now, however, in this important sector Zambia has never missed an opportunity to miss an opportunity.

To change this, and create jobs, Zambia should wake up and smell the roses. DM

Mills and Davis have been in Zambia and Ethiopia for the Brenthurst Foundation.