Senatla shines in a weekend of ups and downs for Blitzboks 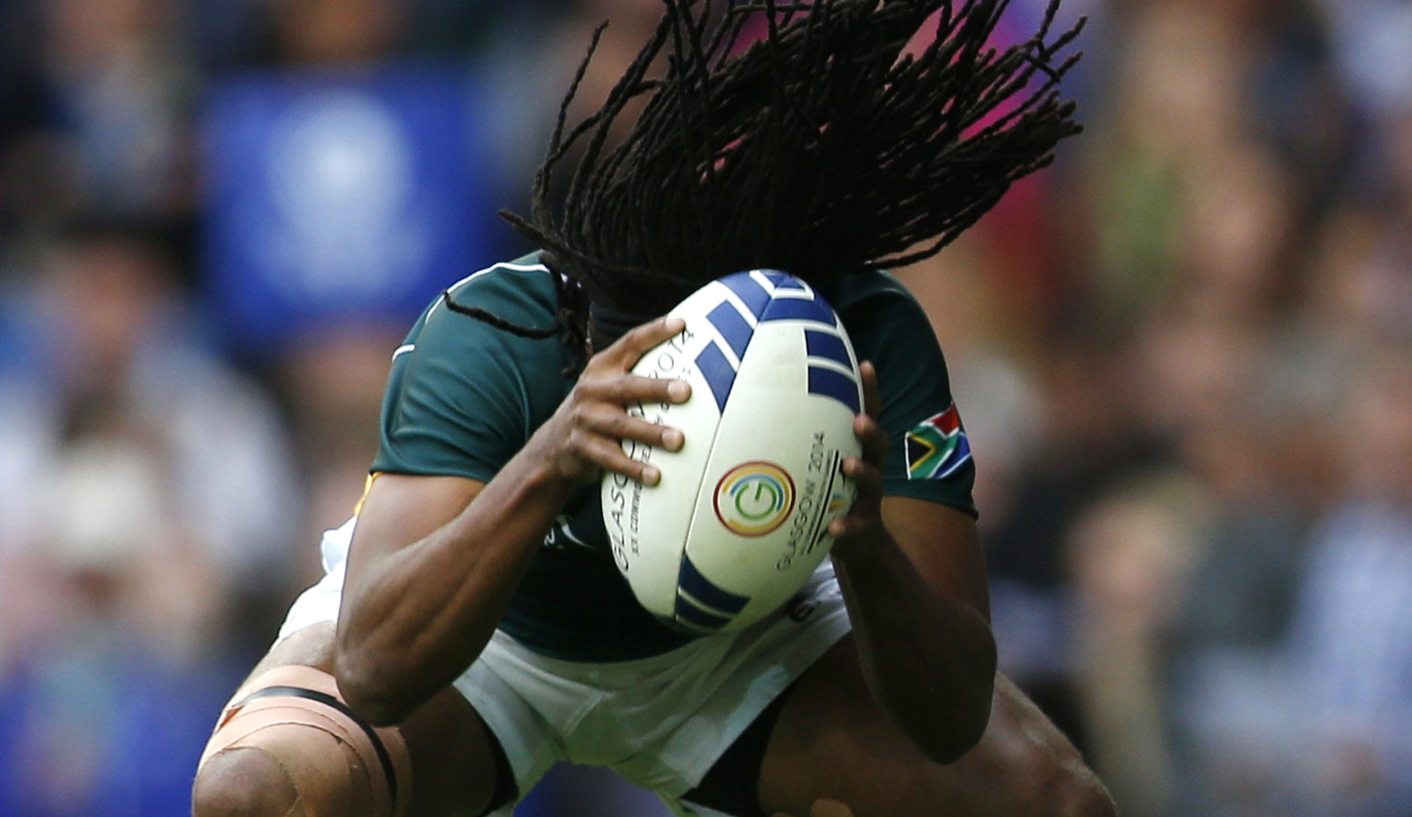 The World Series Sevens might be coming to an end, but preparation for Rio is only just beginning. Seabelo Senatla was the shining light for the Blitzboks at the weekend, but against a physical Samoan side, South Africa came up well short. It might be just the wake-up call they need to know what part of their game needs some tinkering as Rio begins to loom ever larger. By ANTOINETTE MULLER.

On a weekend that will probably be considered as the most topsy turvy of this season’s World Series Sevens circuit, Seabelo Senatla stole the show, despite the fact that South Africa crashed out in the quarterfinals of the Paris Sevens.

The Blitzboks had to settle for winning the plate final against Australia, and with just one round of matches remaining – to be played in London next weekend – it seems unlikely that they will catch up front runners Fiji who still sit atop the table despite losing to Samoa in the final in Paris.

It was a weekend full of surprises, with Kenya nearly beating New Zealand in the group stages, Samoa beating South Africa in the quarterfinals and Australia running Fiji close, ending off with an incredible 29-26 win for Samoa over Fiji in the final on Sunday evening.

The Blitzboks were electric on the first two days with Senatla particularly impressive across the tournament. On day one against England, Senatala crossed the whitewash four times, and he added two more against Australia on day two. There are not enough words to praise Senatala’s awareness. Having pace is one thing, but knowing how to exploit every nook and cranny of space when you have the ball in hand takes a truly special kind of player and nobody does it better than Senatla.

He is miles ahead for tries scored this season – with 64 to his name. To put that into context, the US’s Perry Baker is second with 40. Senatla also has more points than any other player – 320 – with Canada’s Nathan Hirayama in second with 295. Senatla has also made 70 clean breaks this season, 22 ahead of Perry Baker’s 52.

There is no doubt that Senatla is the heartbeat of this South African team. While Cecil Afrika can sidestep a Ferrari, Senatla can tap around the speed of sound. Even more phenomenal is the fact that he is only 23 years old and already sits in the top 10 (ninth) of most tries ever scored in the World Seven series, having gone over the whitewash 155 times in his career. If he is managed correctly and looked after, there is no doubt that Senatla will go down as one of the most incredible players ever to play the Sevens game.

But with great speed comes great responsibility and on Sunday against Samoa, though, things came undone for the South Africans. When a player is so exceptionally talented, it can become a bit of a habit to be overly reliant on him. The Blitzboks seemed almost overly-reliant on their speedster and followed a far too predictable approach of passing the ball to Senatla as often as possible.

While there is nothing wrong with depending on your in-form player, these fixtures are supposed to be the time when South Africa test out new tricks in the lead-up to the Rio Olympics.

When Senatla is out in space, South Africa are superb, but up against more physical teams like Samoa, they struggle to find a way around. On Sunday, this is exactly where they fell short. In the quarterfinal, as frustration grew, they conceded a number of breakdown penalties and had to settle for a 10-21 loss.

In the plate final against Australia, they rekindled their free-flowing play, clinching a 17-7 win to win the plate final. While the loss against Samoa will sting, especially in terms of what that means for the Blitzboks in this season’s World Series tournament, it is not the worst thing that could have happened.

If there is one thing this team has done well since triumphing in Cape Town last year, it’s improving when they get knocked down. Not many teams South Africa will face take as much of a physical approach as Samoa, but at least now they have been there and done that and will know that their fleet-footed approach will not work against a side constantly out to crush bones. DM