Collateral Damage: The refugees caught up in Kenya’s cynical electioneering 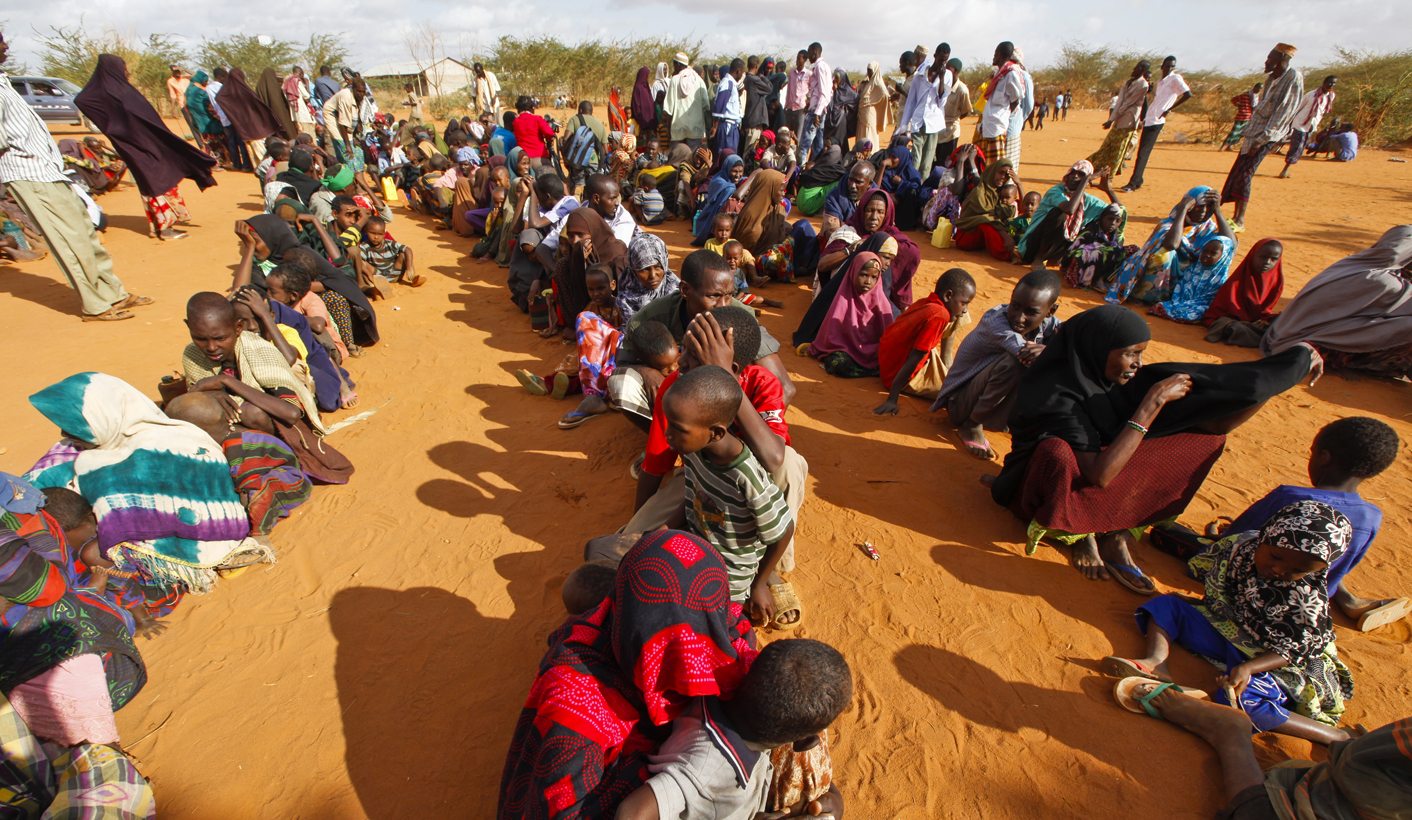 Kenya’s recent decision to close refugee camps – that between them host more than 400,000 vulnerable men, women and children – cannot be implemented. It is good politics, however, especially ahead of next year’s elections. Everyone knows that refugees can’t vote. By SIMON ALLISON.

A few weeks ago, Kenyan president Uhuru Kenyatta began campaigning ahead of elections scheduled for August 2017. Then, last week, the Kenyan government announced that it would no longer host refugees, and that it would shut down Dadaab and Kakuma, the two refugee camps that between them house more than 400,000 people.

These two events are related. Like leaders all the world over – just look at Donald Trump’s fixation with Mexican immigrants, or how Europe’s far right is capitalising on the migration crisis – Kenyatta and his advisers know that refugee-bashing is a cheap, easy way to score political points.

It helps too that Kenya’s refugee problem is inextricably linked with another of Kenyatta’s favourite campaign themes: the ongoing war in Somalia, where Kenya maintains a sizeable military presence, and the threat of more terrorist attacks on Kenyan soil.

“Under the circumstances, the Government of the Republic of Kenya, having taken into consideration its national security interests, has decided that hosting of refugees has come to an end,” said the government, making this link explicit in a statement announcing the decision.

By threatening to shut down the refugee camps, Kenyatta wins twice: he can portray himself as tough on terror, and tough on refugees.

But threats are one thing, and the reality of closing down these sprawling, well-established camps – they are de facto cities – and evicting their residents is something else entirely. We’ve seen this movie before. In fact, I’ve written this story before – several times.

But despite the repeated, belligerent promises to send the refugees home – usually made when politicians need a popularity boost, or in exchange for concessions from the international community – Dadaab and Kakuma remain open. Why? Because no matter how much they don’t like the situation, Kenya’s government cannot simply tell 400,000 people to pack their bags and return to the war, famine and/or extreme poverty from which they fled in the first place.

Forget the legality of such a move for a moment, although there is no doubt that Kenya’s stance is blatantly illegal under international law (having said that, the Kenyan government’s sustained campaign to undermine the International Criminal Court says a lot about the regard in which it holds international law).

Just consider the logistics: how exactly would Kenya go about transporting 400,000 people into active war zones like Somalia without their co-operation? Who would pay for this operation? And what’s to stop the refugees from coming straight back over the border (construction has only just begun on Kenya’s proposed border wall with Somalia, another poorly-conceived idea)

Whether the Kenyan government likes it or not, the refugees in Dadaab and Kakuma aren’t going anywhere just yet. The opposite is true: even as the government ramps up its anti-foreigner rhetoric, the population of the camps continues to grow. Kakuma, for example, is registering hundreds of new arrivals each week, many of whom are fleeing violence in South Sudan.

But even if closing the camps is impossible, Kenya still has the power to make the lives of refugees difficult. By withdrawing its support, it is doing exactly that.

In the face of Kenyan hostility, the burden of dealing with these new arrivals – and maintaining basic services to those already in the camps – falls on the international community. This is an official government position:

“The Government of Kenya acknowledges that the decision will have adverse effects on the lives of refugees and therefore the international community must collectively take responsibility on humanitarian needs that will arise out of this action,” said the government in the same statement announcing its new hands-off position on refugees.

Communication between the government and international organisations present in the camp, such as the United Nations Refugee Agency (UNHCR) and Doctors Without Borders (MSF), has been poor, however. An aid worker in Kakuma told Daily Maverick that the Kenyan announcement was made without any prior warning to its international partners; that even camp officials belonging to the government’s own Department of Refugee Affairs (DRA) were taken by surprise. DRA employees were told not to return to work, leaving their positions in the camp unfilled and international agencies expected to pick up the backlog.

In a statement, MSF warned that Kenya’s lack of co-operation and threatened closure would have devastating consequences.

“In the world’s largest refugee camp complex, Dadaab – where MSF works in the Dagahaley camp – the closure would risk some 330,000 Somali lives and have extreme humanitarian consequences, forcing people to return to a war-torn country with minimal access to vital medical and humanitarian assistance… MSF is urging the government to reconsider this call, and – alongside the international organisations already present in the camp – to continue to provide humanitarian assistance and ensure acceptable living conditions for the hundreds of thousands of people who desperately need it.”

As election season gets into full swing, it’s hard to imagine this plea falling on anything but deaf ears within the government and ruling party. Remember: while refugees can suffer like anyone else, they can’t vote, and that makes them little more than collateral damage as Kenya’s notoriously cynical electioneering gets under way. DM

Photo: A file photograph dated 01 August 2011 shows newly arrived refugees who had fled the famine-hit Somalia waiting in line at a reception at Ifo camp, one of three camps that make up sprawling Dadaab refugee camp in Dadaab, northeastern Kenya. Kenyan government announced on 06 May 2016 that it will close the country’s two refugee camps, Dadaab and Kakuma, citing economic burden and security threats. The closure of the camps would displace some 600,000 refugees. EPA/DAI KUROKAWA