Analysis: The Islamic State may be losing ground, but not influence 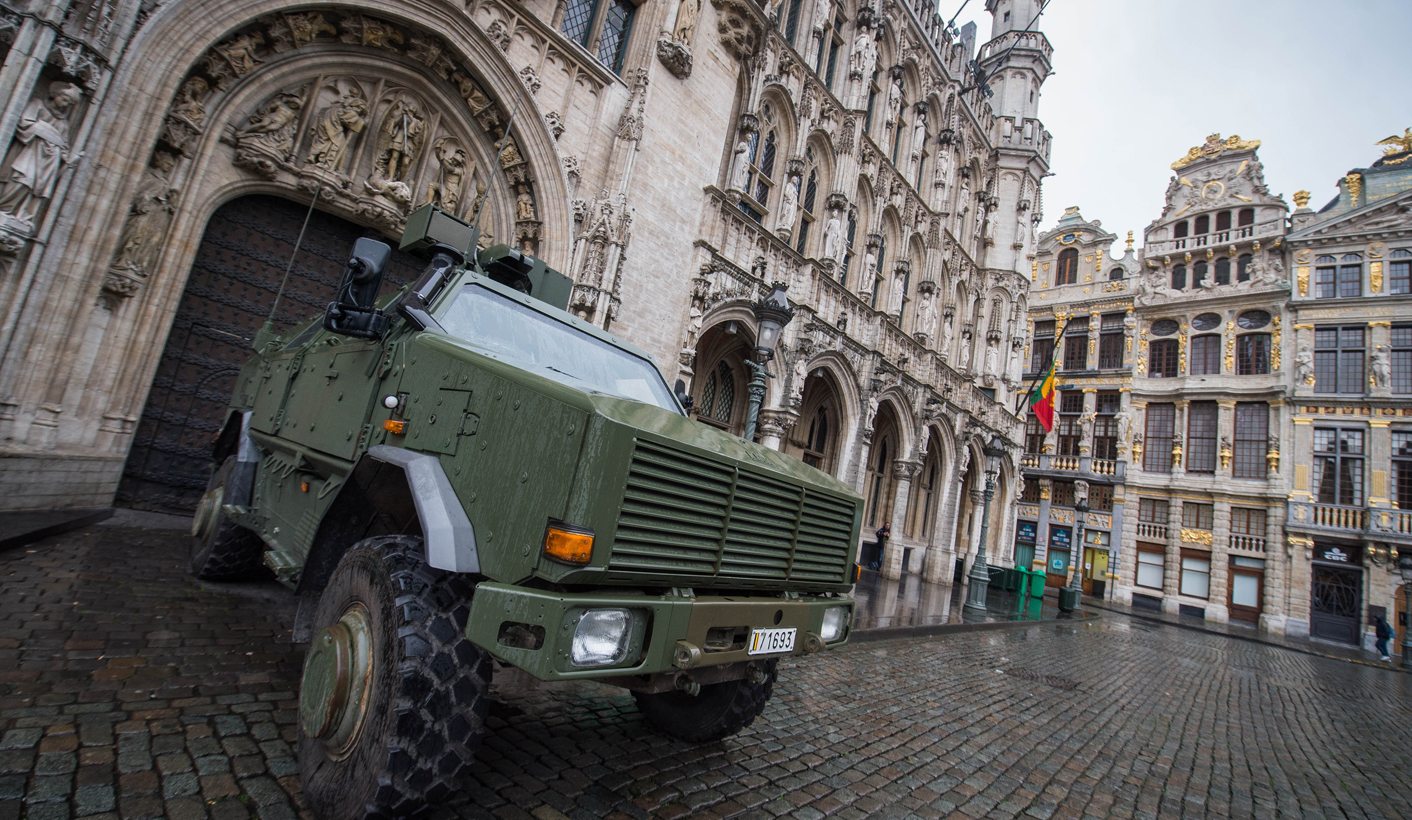 First, the good news: the Islamic State is under pressure, and losing territory. The bad news, however, is this is an organisation that thrives on change and adversity, and it is already expanding its sphere of influence in other ways. By JASMINE OPPERMAN and CLEMMIE DOUCHEZ-LORTET.

The Islamic State is under pressure and faces numerous challenges, which include a decline in foreign fighters travelling to Iraq and Syria, territorial losses, precarious revenue streams and the loss of high-level leaders through aerial bombings.

These vulnerabilities are real, and significant, but it would be far too early to write off the Islamic State (IS) just yet. Given the group’s expanding presence in both Europe and Africa, it seems that reports of the Islamic State’s imminent demise are greatly exaggerated.

Even while it has been waging a war on the home front in Iraq and Syria, the Islamic State has succeeded in creating pipelines of support in both Africa and Europe. It has achieved this through:

At the core of the IS pipelines is an intricate system of recruitment and networking. This does not happen in a standardised manner: networking involves a complex mix of places, ranging from mosques and prisons to entire neighbourhoods in the suburbs of capital cities such as Paris and Nairobi; of connections, be it family (siblings often – though not always – help radicalise each other), friends and mentors; and, in certain cases, of connections with previously established jihadist networks.

These pipelines are expanding continuously, which means that any talk of a shrinking IS Caliphate must come with a caveat: that although it may physically control less territory in places like Iraq, Syria, Libya, Afghanistan and Libya, the group’s sphere of influence is actually growing. This gives the group a whole new, yet equally dangerous, dimension.

The recent attacks in Brussels and Paris give us an idea of how it all works. In the wake of the attacks, a number of European terrorists were identified, arrested, and convicted by the authorities. What was initially described as a “group”, a “cell”, or even a “network” in fact appeared to be a much larger enterprise than anyone could have expected.

Abdelhamid Abaaoud, the orchestrator of the November 2015 Paris attacks, was also the mentor of Amedy Coulibaly – one of the attackers of the January 2015 Paris attacks. Abaaoud was the mentor of a number of other jihadists and the orchestrator of several other thwarted terrorist attacks. He had links to the Verviers cell in Belgium, the April 2015 thwarted attack in Villejuif, the gunman who opened fire on a train going from Amsterdam to Paris, and a suspect who admitted wanting to carry out an attack in a concert venue in France who was arrested in August 2015.

The Paris and Brussels attacks further evidenced the connections between the two groups of attackers: Mohamed Abrini, the third suicide bomber of the Zaventem airport whose bomb failed to detonate, was also seen driving one of the cars used in the Paris attacks mere days before the events. Salah Abdeslam, the most wanted man in Europe in the aftermath of the Paris attacks, was arrested just days before the Brussels attacks, and had strong ties to all the Brussels attackers. Najim Laachraoui, one of the two suicide bombers of the Zaventem airport, was also the bomb-maker of both attacks in Paris and Brussels.

Photo: Former Shabaab commander Abdiqadir Mumin, (aka Ikrima al-Muhajir) was a senior commander in al-Shabaab before switching allegiance to IS in Somalia.

With a total of three major successful terrorist attacks, and at least six thwarted terrorist plots in Europe, investigations by the Terrorism Research and Analysis Consortium (TRAC) confirm that although all the different cells, groups and networks responsible for organising the various attacks might seem like disconnected and independent entities, they were in fact part of a much wider enterprise. All these individuals and groups in fact had several ties to one another, and further than that, had ties to several other networks across the continent.

Africa is reflecting a similar pattern, with pipelines of support from Senegal, north-east Nigeria, Tunisia, Algeria and Sudan to Libya. These extend, albeit not so powerfully, all the way down the continent to South Africa. The existence of these African pipelines mean that even if the Islamic State were to be defeated in Libya, it would not spell the end of their presence on the African continent.

Compared to Europe, these pipelines have not shown a similar inter-connectedness, but that does not necessarily make them less effective, as seen in for example in the attacks on hotels at Sousse, Tunisia in June 2015.

On 25 April 2016 an unknown group claimed the first IS attack in Somalia via the group’s official media house Amaq. The claim does indicate the existence of pro-IS elements in Somalia, though the extent of an organised presence has not been determined. Albeit unverified, reports that IS are willing to pay former al-Shabaab fighters $400 per month to convince them to switch allegiance shows the determination of IS to secure a more consolidated pipeline in Somalia.

On 8 April 2016, a new jihadist group, Jahba East Africa, announced itself, accompanied by a pledge of allegiance to the Islamic State. Though not verified, the group is probably comprised of former supporters of al-Shabaab. The statement referred to an already established presence in Somalia, Kenya, Tanzania and Uganda.

As in Europe, North Africa with specific reference to Tunisia has shown that pipelines carry a two-way traffic situation whereby IS fighters can be moved back to countries of origin, leading to terror attacks. On 7 March 2016, approximately 50 Islamist fighters attacked the city of Ben Guerdane, in Tunisia. The Ben Guerdane attacks were conducted by the IS-affiliated Sabratha cell in Libya, which means IS militants used Libya as a support zone for operations across the border in Tunisia.

As pressure mounts on IS in Syria and Iraq as well as Libya, so one can expect an increase in the use of these pipelines. Inevitably, with that comes an increased vulnerability to attacks.

Ultimately, IS as a government is facing serious challenges, but as a terror group is creating alternative lifelines for itself. When creating counterterrorism strategies to counter the group, it is vital to take these other dimensions of the group into account. DM

Jasmine Opperman and Clemmie Douchez-Lortet are (respectively) the Africa and Europe Directors for the Terrorism Research and Analysis Consortium.

Main photo: A military truck is stationed at the ‘Grand Place’ in front of the City Hall in Brussels, Belgium, 21 November 2015. Last night Belgium raised the alert status at Level 4/4 as ‘serious and imminent’ threat of an attack, the main effect are closing of all Metro Line in Brussels, all soccer match of league one and two cancelled countrywide. Belgium government said ‘the advice for the population is to avoid places where a lot of people come together like shopping centres, concerts, events or public transport stations wherever possible. EPA/STEPHANIE LECOCQ.