Op-ed: Do Black and African lives matter on the international stage? 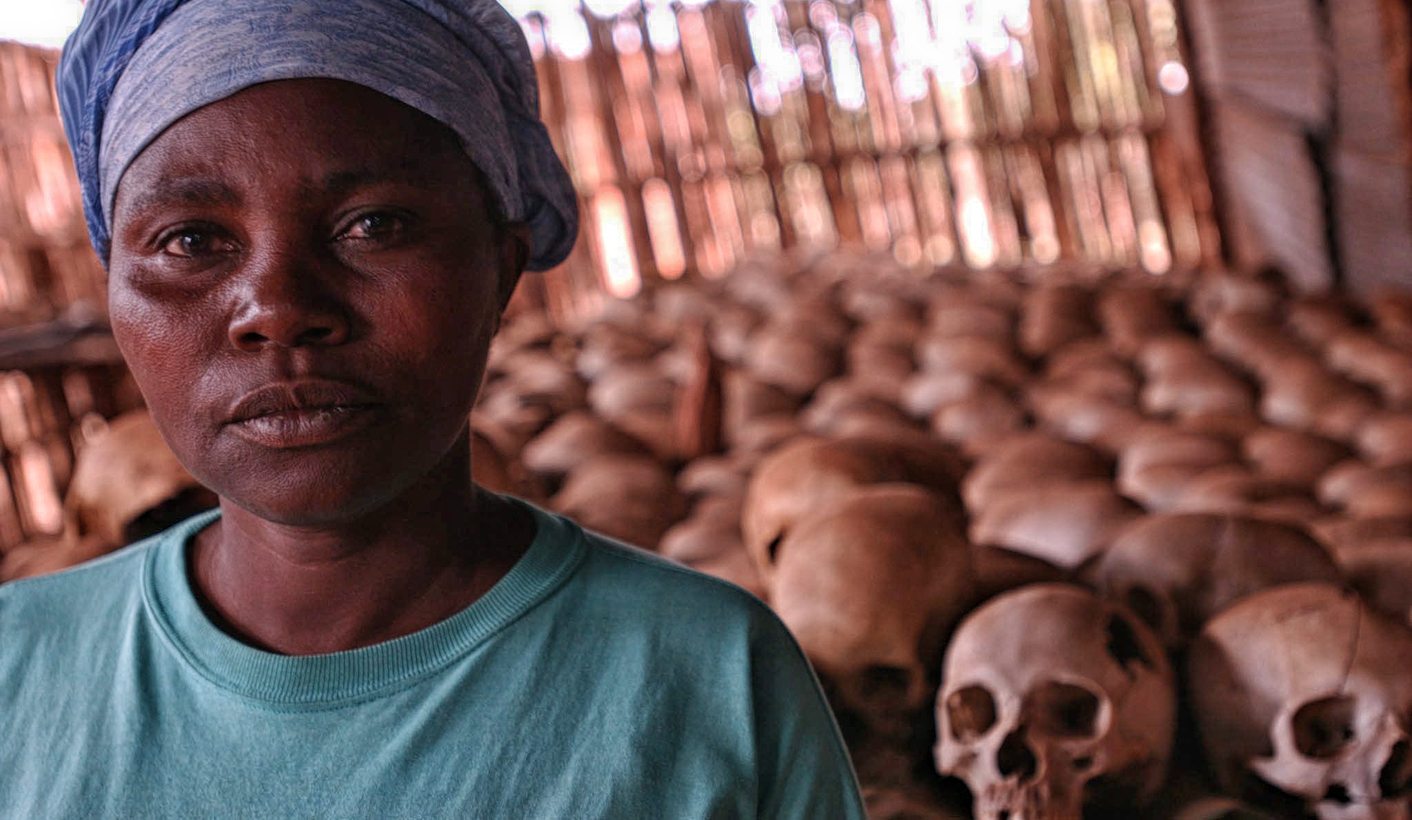 In 1994, in just over three months, 800,000 people were brutally slaughtered in Rwanda. The world did nothing to stop the genocide. African lives simply didn’t matter. Has anything changed since 1994? By SAVO HELETA.

Twenty-two years ago, 800,000 Tutsis and many Hutus were brutally slaughtered by the Hutu army and extremists in Rwanda in only 100 days.

Philip Gourevitch wrote in his book on the Rwandan genocide that: “The dead of Rwanda accumulated at nearly three times the rate of Jewish dead during the Holocaust. It was the most efficient mass killing since the atomic bombings of Hiroshima and Nagasaki.”

The world watched all this and did nothing.

Those who could make a difference knew what was going on in Rwanda in 1994. Killings were reported in the Western media. The United Nations (UN) Security Council received first-hand information from the UN troops based in the country.

At the same time, world powers were working hard to stop the civil war in Bosnia (although they failed at that too for almost four years), a country in Europe populated by white people.

The UN declared genocide a crime under international law on 11 December 1946. Two years later, it adopted Resolution 260A(III) – the Convention on the Prevention and Punishment of the Crime of Genocide – which obliges contracting parties to “undertake to prevent and punish… acts committed with intent to destroy, in whole or in part, a national, ethnic, racial or religious group.”

Just over four decades later, while the brutal slaughter of the Tutsis was taking place in Rwanda, Western governments – particularly the US government – opposed the use of the term “genocide”, as admitting that genocide was taking place would obligate them to intervene.

The US government even forbade its officials from calling the extermination genocide, even though it knew that “acts of genocide” were taking place.

We live in a world where self-interests of powerful countries rather than ethics, morals, compassion and human decency play a major role in stopping large-scale exterminations of human beings.

When the Rwandan genocide began on 6 April 1994, the international community simply turned away and disregarded the reports of unthinkable brutality.

The Western media portrayed the killings as just another outburst of “tribal” violence on African soil, suggesting that nothing could be done to stop Africans from killing each other in their “barbaric” outbursts of violence.

As Jane Hunter pointed out, “the media seldom wavered from their habitual racist portrayal of African strife as atavistic tribal savagery”.

Western policymakers were no different. For example, in the midst of the genocide, the then French president, Francois Mitterrand, said: “In such countries, genocide is not too important.”

The Western world saw Africa as a continent that lacked political, social, economic or historical complexity. The brutal violence was seen as an African way of life – as if centuries of colonial oppression, exploitation, abuse and impositions never happened.

In the case of Rwanda, the West ignored the crucial influence of the Belgian colonial rule and racist policies in creating ethnic divisions that prepared the ground for the genocide.

Using the “divide and rule” and “indirect rule” approaches to colonial governance, the Belgians pitted the Tutsis against the Hutus while exploiting their country. As pointed out by historians John Berry and Carol Berry: “The Belgians played a decisive role by imposing European racial stereotypes, supporting the Tutsis to the detriment of the Hutus, and then shifting the blame for colonial oppression to the Tutsis and leaving them to their fate.”

After the Belgians left and Rwanda gained independence, the Hutus took over the government and administration of the country. For many Hutus, this was “payback time” for the suffering during the colonial days. With the Belgians gone, the Tutsis paid the price. The “payback” would ultimately culminate in the genocidal plan to exterminate the Tutsis once and for all in 1994.

Four days into the genocide, Belgium and France deployed troops to evacuate white expats working in Rwanda. Rwandans were left to die – even the Rwandans who worked for the UN, foreign embassies and various international organisations.

Under intense pressure from the US and Britain, the UN Security Council demonstrated that no one in the West was interested in stopping the Rwandan genocide by ordering a reduction of UN troops, from 2,500 to only 270 soldiers, in the midst of the slaughter.

Only six days after the reduction of the UN mission in Rwanda, the Security Council, again under pressure from the US and Britain, authorised an increase of the international presence in war-torn Bosnia, adding 6,550 troops to about 24,000 UN troops already there.

Gregory Stanton, professor of genocide studies and prevention at George Mason University, wrote in the Journal of Genocide Research that a lack of political will and geopolitical interests as well as racism influenced the decisions of Western powers regarding Rwanda: “Although the US and Britain were willing to commit soldiers and billions to save lives in Bosnia, where people are white, and the war was close to the interests of the European community, they were unwilling to do so in Rwanda, where people are black and the country has no strategic or economic interests.”

The behaviour of France was even worse. Before the genocide, the French government backed the Rwandan Hutu regime in an attempt to preserve French influence in Rwanda. It trained and armed the Hutu extremists who committed the atrocities.

When the UN finally agreed to send 5,500 additional troops – consisting of mainly African soldiers – to stop the killings, it asked the US government to supply armoured personnel carriers for the mission.

Bill Clinton’s administration agreed, but instead of lending military equipment to the UN (to which the US owed hundreds of millions of dollars in membership fees at the time), the US decided to lease the equipment for US$15-million.

The UN, fully dependent on its negligent members to pay for missions, couldn’t find the money quickly. The additional troops didn’t arrive in Rwanda in time to stop the genocide and save lives. A few weeks later, the genocide was stopped by the Tutsi rebel forces led by Paul Kagame, the current president of Rwanda.

Around this time, France deployed troops and established a protection zone in south-western Rwanda for the Hutus fleeing the country as Kagame’s forces took over, including the Hutu forces and extremists who slaughtered 800,000 people.

In a 2004 speech at Butare University, where thousands were murdered during the genocide, Canadian General Roméo Dallaire, who commanded the small UN force in Rwanda, suggested that racist stereotypes led to the international community’s indifference:

“Superpowers had no interest in you. They were interested in [the former] Yugoslavia. Thousands upon thousands (of) soldiers were sent there. The guiding principle was that in Rwanda it was tribalism, it was history repeating itself. In Yugoslavia, it was different – it was 400 years of historic conflict between great religions of the world. It was ethnic cleansing. It was European security. It was whites! Rwanda was black. It was in the middle of Africa. It had no strategic value.”

Has anything changed since 1994?

Conflict in Africa is still often seen as senseless tribal violence, chaos and anarchy by the Western media and policymakers, as if history, colonial exploitation, politics, economics, power, influence and interests don’t matter on the continent.

Wars, killings and human suffering across the African continent – in Darfur, South Sudan, the Democratic Republic of the Congo, Nigeria, Somalia, Burundi and many other places – don’t seem to matter as much as a bomb explosion in Brussels or killings in Paris.

Twenty-two years after the end of the Rwandan genocide, black and non-Western lives still don’t matter as much as Western and white ones. DM

Photo: A undated file photo shows Dancila Nyirabazungu, a survivor and one of curators of the genocide memorial at Queen of the Apostles Church of Ntarama, in front of hundreds of skulls on display where some 5,000 people were killed during the genocide of 1994. EPA/STEPHEN MORRISON

Dr Savo Heleta works at Nelson Mandela Metropolitan University. He is a survivor of the Bosnian war. He wrote about his experience in Not My Turn to Die: Memoirs of a Broken Childhood in Bosnia (2008). Twitter: @Savo_Heleta