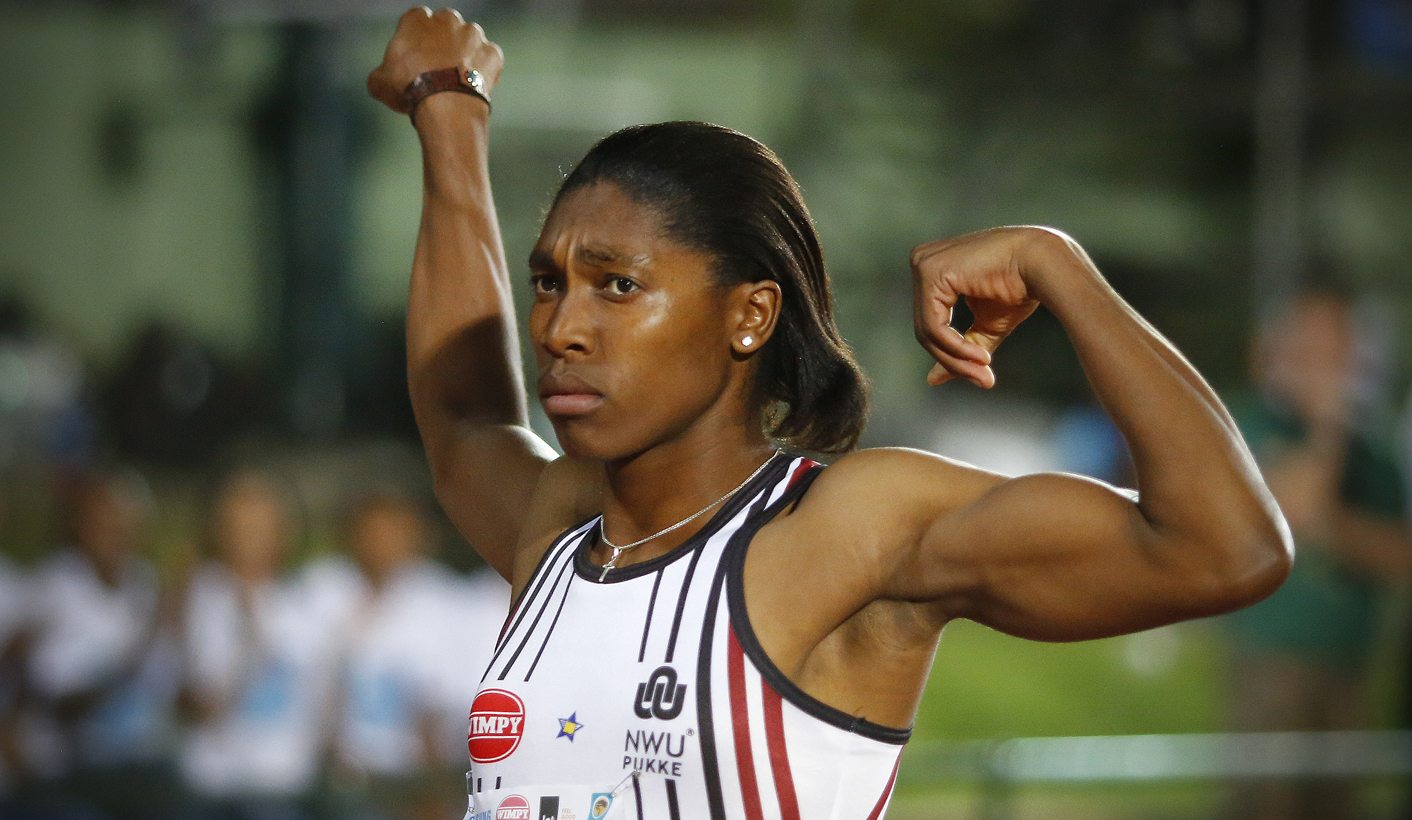 In the space of about four hours on Saturday, Caster Semenya sent a strong message to Olympics competitors. With a personal best time in the 400m and an impressive run in both the 800m and 1,500m, Semenya looks well on track for delivering her best performance yet at the Olympics later this year. By ANTOINETTE MULLER.

If results on the athletics track could speak, Caster Semenya’s results over the weekend would be saying: watch out, Rio. Over the weekend, Semenya clinched three individual titles at the South African Championships in Stellenbosch, making her the first South African athlete to win all three titles at the national champs. The 2009 world 800m champion won the 400m and 800m titles in world-leading times of 50.74 and 1:58.45 respectively and added the 1,500m title in 4:10.93 just for good measure.

While the times in the shorter distances were impressive on their own, they were made even more so since she had less than an hour between the two shorter distances. Add to that the fact that her time in the 400m was her third personal best this year and the fastest by a South African athlete for 15 years. The time put her fifth on the all-time South African list and while it is some way off the all-time world record (47.60) the fact that Semenya has kept on getting better and better as the year has gone on means she has all the reason in the world to feel confident as the Rio Olympics looms later in the year.

Her time in the 1,500m was just outside the Olympic qualifying time and a fair way off the national mark of 4:01.81, set by Zola Budd in 1984. But running the longer distance is all about building endurance. With the 1,500m being her last race of the day – and having done so within three hours of running the 400m and 800m – she was more than a little surprised with how well she did.

Last month, at the Athletics South Africa Night Series at Green Point Stadium, Semenya said that she wanted to clock under two minutes for the 800m, a goal which she has now achieved.

Back then, she said that she wasn’t sure if she would run the 400m as well as the 800m at the Olympics yet, but if she can keep delivering these times during the European season, it’s hard to see why she wouldn’t even if she insists that the 800m remains her main goal for the 2016 Olympics.

That adventure is still a long way off, but with everything she has had to endure in her career to date, it is not unthinkable that Semenya might be on her way to her second coming. That she is still just 25 years old is almost unfathomable when considering that she won the 800m title as an 18-year-old in a time of 1:55.45.

What followed after that early high was a traumatic suspension by the IAAF in the wake of gender tests. But Semenya should be nicknamed Teflon Woman, because nothing sticks. Despite the haphazard way in which the IAAF treated her case, she soon returned to her best, winning silver at the 2011 worlds and 2012 London Olympics, but missed the 2013 worlds with injury. She missed out on a berth at the Commonwealth Games in 2014 and did not make the 800m final of last year’s world champions as she was recovering from a knee surgery.

Now, though, the darling of the South African track seems to be getting back to her best and, more important, she is enjoying her running again.

She described her 400m win as “crazy”, adding: “Sometimes you’ve got to enjoy what you do. I haven’t had fun in a while.”

But what Semenya can take heart from most is that for both of her races, she had to set the pace. In the 400m, she set a world best time for 2016 and is just a few seconds off the clock of Heide Seyerling-Quinn’s South African record of 50.05.

However, this is just the beginning for Semenya. American Allyson Felix and Shaunae Miller from the Bahamas have not started their preparation for Rio yet and both ran under 50 seconds during last year’s world championships in Beijing. But this is likely to be something that only motivates Semenya even more as she continues to redefine athletic greatness in her quest for a medal. DM