ICG: The Chibok Girls Must Be Found – and Freed 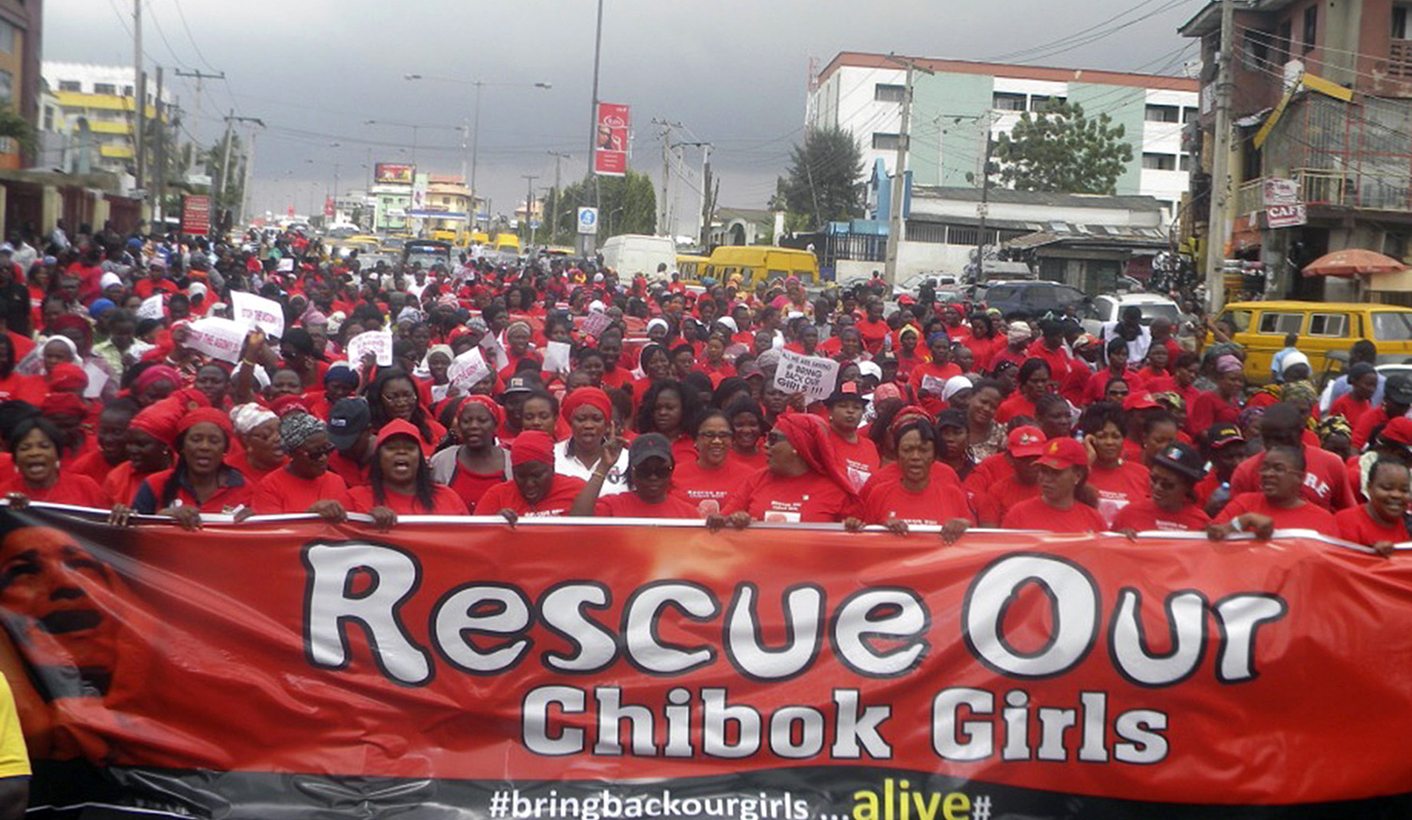 Muhammadu Buhari spoke out clearly when he took over Nigeria’s presidential seat from Goodluck Jonathan in May last year: “We cannot claim to have defeated Boko Haram without rescuing the Chibok girls and all other innocent persons held hostage by insurgents,” Commentary by Ayo Obe and Nnamdi Obasi for INTERNATIONAL CRISIS GROUP.

At that time, one year had already passed since the 276 schoolgirls were kidnapped by the insurgent Islamist group Boko Haram. Now, another year later, Nigerians are still waiting to see their government do everything it can to find the girls and Boko Haram’s many other victims.

The ill-fated girls were seized from their dormitory at the Government Girls Secondary School, Chibok, Borno state, in a midnight raid on 14 April 2014. Their ordeal since then underscores the toll the Boko Haram insurgency has taken on over one million children, especially girls, in north-east Nigeria and – to a lesser degree – in neighbouring Cameroon, Chad and Niger. The fate of the Chibok girls has come to symbolise the horror of the insurgency, because the victims have been publicly identified by name and face. But there have been countless other incidents where unnamed thousands have been abducted, brutalised, sexually violated and shared out as “wives” to insurgents. Scores have been sent to their death in suicide bombing missions.

The previous government’s response to the kidnapping – and indeed to the wider insurgency – highlighted much that is wrong with security and governance in Nigeria. The reaction of former President Goodluck Jonathan’s administration ranged from initial indifference and denial to later incompetence and deception. Crippled by corruption and mismanagement, the government failed or was unable to respond promptly or effectively to the incident. Military authorities falsely reported that the girls had been rescued, then later claimed they knew where they were being held but lacked the capacity to carry out a rescue operation without endangering their lives.

Pressured by public protests in Nigeria and abroad, Jonathan belatedly established a presidential fact-finding committee, headed by retired military intelligence chief Brigadier General Ibrahim Sabo. The Sabo committee determined that 57 girls had escaped while 219 were still in captivity, but its report has never been made public.

In October 2014, the Jonathan government claimed that following negotiations and a ceasefire agreement, the girls would be released in a matter of days. That turned out to be a scam by people pretending to represent Boko Haram, who duped the government and made off with a substantial sum of money. Thereafter, apart from a brief push in counter-insurgency efforts – perceived more as an attempt to win votes in the 2015 general elections than genuine concern for the insurgency’s victims – little else was done to rescue the girls until Jonathan left office in May 2015.

Unlike his predecessor, President Buhari offered early hope. While campaigning, he had pledged to do everything possible to rescue the girls. A few months after inauguration, the new government indicated it was exploring negotiations with Boko Haram for the girls’ release. But despite driving the insurgents from many of their strongholds, the government has not offered any update on its efforts to rescue the Chibok girls, leading many to conclude that they have tailed off. By January 2016, Buhari was chiding the missing girls’ parents for not showing sufficient appreciation for the sacrifices made by the government and the armed forces. He promised to order a fresh investigation, but three months later, nothing more has been heard and not a single girl has been rescued.

While the attention of much of the country – and indeed the world – has largely moved on, concern for the girls has been kept alive by the small but persistent “Bring Back Our Girls” movement, based in Abuja with branches in Lagos, Ibadan, Osogbo and elsewhere in Nigeria and overseas.

Defying official reactions which range from hostility and intimidation to denigration and indifference, since May 2014 the group has met daily in Abuja and weekly in Lagos, Osogbo and Ibadan to stage “sit-outs”: hour-long meetings in an open place to review recent developments relating to the missing girls and their families, to reaffirm support and solidarity, and sometimes to issue a statement.

The movement has conducted marches to the presidency and the National Assembly, engaged with foreign diplomats and development agencies, and relentlessly worked the mass and social media, pressing for continued efforts to rescue, or at least account for, the missing girls. In its passionate and tenacious advocacy, the group also draws attention to all the children harmed, orphaned, displaced or traumatised by the insurgency. Fundamentally, it demands the government must honour its most basic obligations to protect, and be accountable to, its citizens.

As the Chibok girls enter the third year of their long and unspeakable misery, we urge the Nigerian government to redouble efforts to end their plight.

First, President Buhari should order publication of the Sabo committee’s report. As its work was intended, among other objectives, “to mobilise citizens’ support for a rescue strategy”, the first step of that mobilisation must be to let citizens know what the committee found. How did this tragedy happen? How did the state fail so abysmally in its responsibility to protect? With no suggestion that the report’s publication will undermine national security, Nigerians have a right to know, particularly in a democracy with laws that urge proactive disclosure of public information.

Second, as military forces close in on Boko Haram’s remaining enclaves, capture a growing number of its fighters and liberate captives, interrogation of these people could yield crucial information on the kidnapped girls. But it has also become glaringly obvious that Nigeria needs to implement effective procedures for debriefing former fighters and captives, as well as effectively collating and disseminating available intelligence.

The Chibok girls are only a tiny percentage of the thousands of children and women abducted by the insurgents. The scale of the toll has only become apparent as more and more of their captives are liberated by the advancing troops. Nigeria urgently needs detailed documentation of all those seized over the years – indeed, of all missing persons – and government must accept that it has a responsibility to account for them.

The currently haphazard approach to the rehabilitation of rescued captives has left most of them psychologically, socially and culturally vulnerable. Humanitarian programmes for those affected by the insurgency must make special provision for the children who have been held captive by the insurgents, offering psychological healing and social rehabilitation for their often unspoken inner pain.

Together with the international community, President Buhari must renew his commitment to the standard – freeing the Chibok girls – that he himself set for claiming to have defeated Boko Haram. Failure to do so could harm his credibility, as it did his predecessor, and leave a permanent burden on the international community’s conscience. The Chibok girls must be found – and freed. DM

Photo: Nigerian members of the women’s wing of All Progessive Party (APC) protest over the government’s failure to rescue the abducted Chibok school girls in Lagos, Nigeria, 13 May 2014. EPA/STR