Analysis: Benin’s election is a setback for la Francafrique 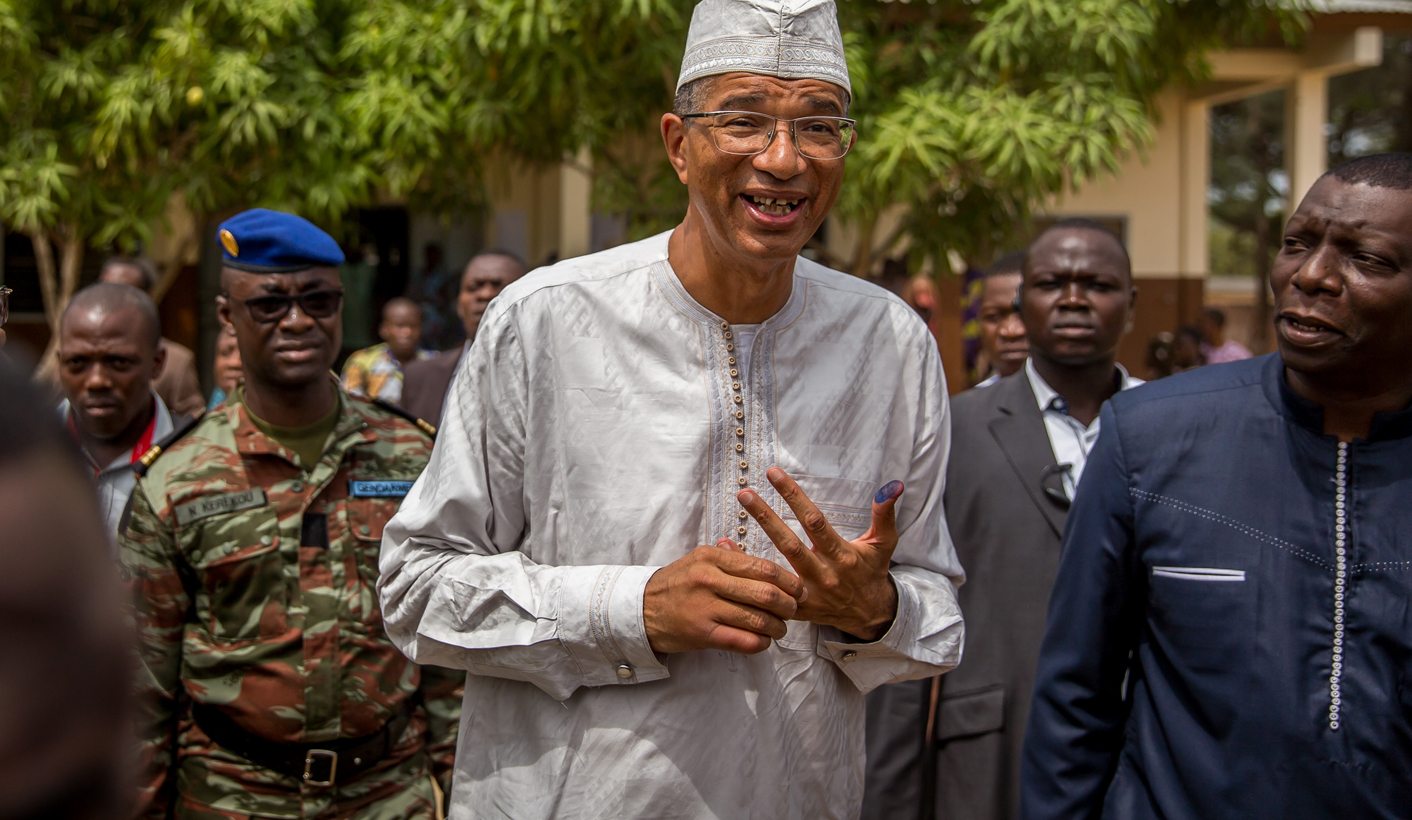 Lionel Zinsou was supposed to stroll to victory in Benin's elections as the handpicked successor of President Thomas Boni Yayi– even though the respected economist had spent most of his working life in Paris. But Benin's voters had other ideas. While the successful challenger may also be a francophile, Zinsou's defeat shows the new limits of France's diktat in West Africa. By SIMON ALLISON.

Even before the final results had been announced, Lionel Zinsou had conceded defeat in the run-off stage of Benin’s presidential election. He was gracious in his loss, telling AFP on Monday that he had called his victorious rival Patrice Talon “to congratulate him on his victory, wish him good luck and put myself at his disposal to prepare for the handover”.

His diplomatic concession couldn’t mask the bitter truth, however: that the respected economist had lost the vote from what was at first glance an insurmountable position as the ruling party’s anointed candidate. That despite his recent re-introduction to Beninoise politics, as Prime Minister, he couldn’t convince sceptical voters of his bona fides.

First, he fell victim to Benin’s healthy multiparty democracy, which has seen regular changes in president and ruling party since the reintroduction of multiparty democracy in 1991. As a small country with little international profile, Benin’s example is often overlooked, but for more than two decades it has been a model of stability in a notoriously unstable region, as well as a model of peaceful political change. After two terms of President Boni Yayi, it’s no surprise that voters felt like a change. In this context, Zinsou’s stamp of approval from Boni Yayi and the ruling party may have done him more harm than good.

Second, and more important, Zinsou simply couldn’t shake off accusations that he was hand-picked by France for Benin’s top job. Opposition politicians claimed he was “parachuted in” from Paris, or that he was an impostor, and Zinsou’s personal and professional record did little to undermine these claims. While his passport may be from Benin, his other passport is French, as is the city listed on his birth certificate (he was born in Paris). He has spent most of his working life in the French government, and much of that at a very senior level, most notably as speech writer for foreign minister Laurent Fabius. With this background, it’s hard to imagine him not toeing the French government line.

I interviewed Zinsou, by telephone, in early 2015. I was working on a story about the CFA Franc – the currency used by 14 African countries but managed via Paris – and no one, not even French Treasury officials, would go on record in support of the controversial currency, whose primary purpose is to maintain the influence of France in its former colonies. No one, that is, except Zinsou, then managing a private equity firm. He was charming and intelligent, but his argument was premised on a basic assumption: that CFA Franc countries were better off with French involvement than without. That they needed France more than France needed them.

Whatever its merits may be, Benin’s recent election result is an unmistakeable rejection of this argument. We’re used to seeing examples of France’s pervasive influence in the region, but this result is an illustration of the limits of that influence. Zinsou’s defeat was, at least in part, a message to the former colonial power that Benin can no longer be considered a vassal state.

Attention turns now, as it should, to the man who actually won the ballot. President-elect Talon is a larger-than-life character, a multimillionaire businessmen who turned up to the vote driving a Porsche and wearing a designer suit. Although he led the charge against Zinsou’s French connections – calling him a “yovo”, or “white man” – he also has ties to France. When Talon was accused of attempting to poison President Boni Yayi in 2012 – he has subsequently been pardoned – he fled to France for safety. According to AFP, Talon, who made his money in cotton and in managing the Cotonou port, has a fondness for designer glasses, Jaguar sports cars and the ultra-luxurious George V hotel in Paris.

For decades France’s relationship with Africa has been defined by La Francafrique, the catch-all term for the cosy, usually corrupt relationship between the political elites of France and its former African colonies. While La Francafrique is still alive and well, the relationship is not quite as cosy as it used to be. DM