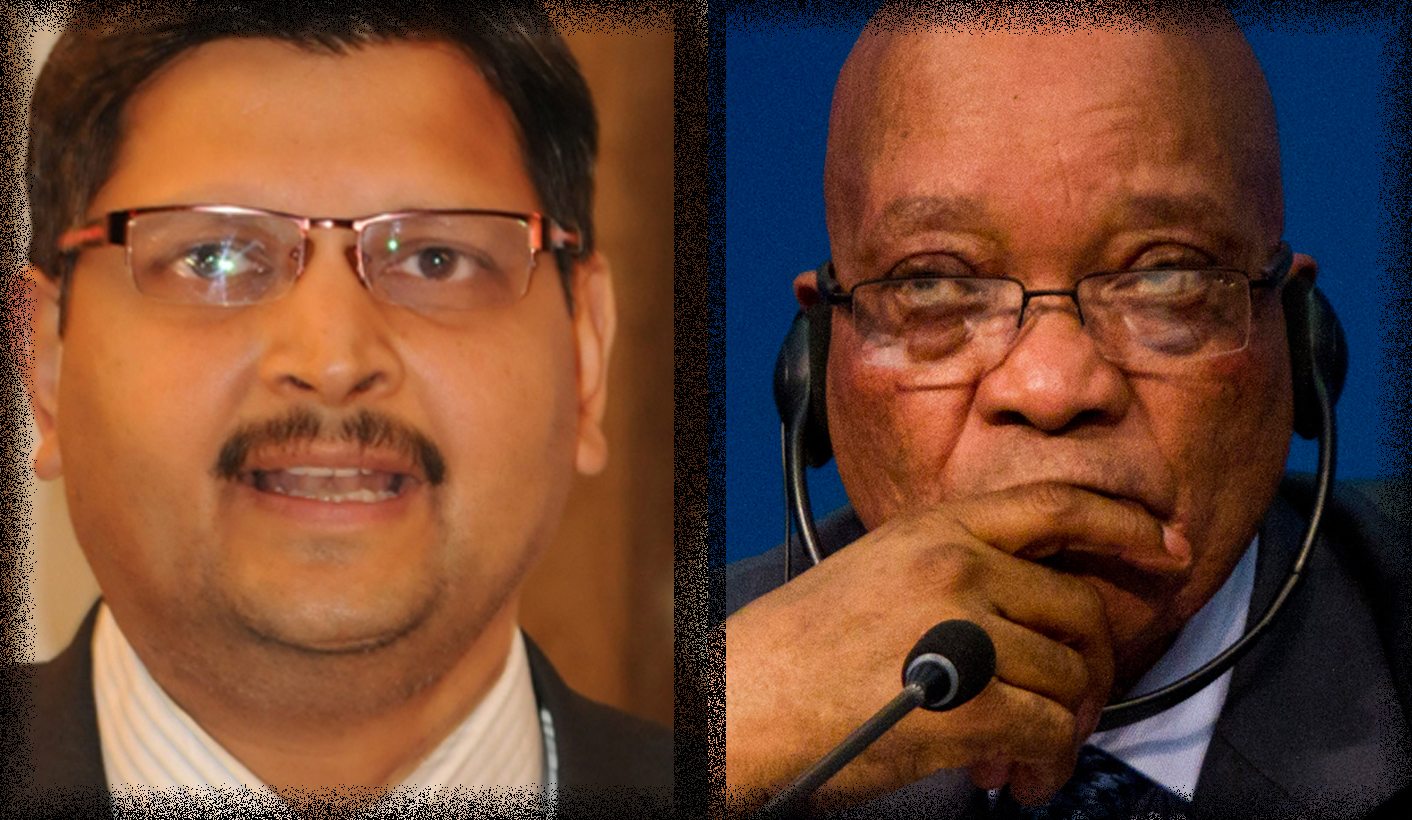 As the Hawks' aggressive posturing against Finance Minister Pravin Gordhan reaches new, previously unknown heights, the immensity of the damage it is likely to cause to the economy and people of South Africa is starting to become obvious. By DAILY MAVERICK.

There’s a scene in the cult movie Idiocracy that rings terribly true in today’s South Africa. To wit: a military experiment goes horribly south and Private Joe Bauer wakes up in America circa 2505. He finds a country run by morons, none more so than the President, and finds that intelligent and knowledgeable people became extinct in the preceding centuries. An average man of average intellect, Bauer is by default the most intelligent man in 2505. As such, he is tasked with solving the problem of a great drought caused by decades of poisoning the soil, and he gets only one week to figure it all out. He fails of course, and is promptly sentenced to public execution in a reality show. Just as he is about to be executed, he manages to grab a microphone. He then asks an immortal question:

“You need to ask yourself, do you really want to kill one man who is trying to help you?” Upon which the bloodthirsty crowd, after a shortest pause, replies, “YES!”

It is difficult not to think of this scene as the Hawks seriously ratchet up their belligerence towards Minister Gordhan. The South African economy has been driven into the mud by years of incompetence, corruption and woeful delivery. We are living under the sword of a credit rating downgrade that will probably send us straight into a recession. Minister Gordhan and his team, armed with a full mandate and government support, are South Africa’s best hope at reversing, or at least stemming, the crash. The Hawks are already exacting the price: the rand was sharply down after their latest statement and experts believe they have managed to undo the work of Minister Gordhan and his team during their recent international roadshow.

In December, South Africa lived through the firing of a finance minister whose only guilt appears to have been that he stood in the way of a powerful interest group intent on controlling the state. What seemed then to be a petulant act by a near-despot, hell-bent on not losing face with the chief of his foundation (and a disastrous chairwoman of South African Airways), these days appears to be an overarching plan to capture the state of South Africa.

The firing of Minister Nhlanhla Nene looks like a final act in a long list of strategic moves: capturing of the National Prosecuting Authority, the police (including The Hawks), SAA, the State Security (three directors-general left their jobs in 2012/13 after they warned of the Gupta family’s influence being a destabilising factor for South Africa), parts of Eskom, the South African Revenue Service, the Department of Mineral Resource and, finally, the Treasury. Only the massive public outcry that followed Nene’s firing, and the pressure on President Zuma to change his mind after South Africa suffered damage that amounted to hundreds of billions of rand, stopped this state capture process from completion last December.

Seen from Zuma’s eye-view, it becomes obvious that the forces behind the state capture project have in the meantime regrouped and are at it with a new urgency. A long list of questionable charges against KZN Hawks’ boss Johann Booysen, the DA’s Glynnis Breytenbach, former Hawks chief Anwa Dramat, Gauteng Hawks chief Shadrack Sibiya, former IPID boss Robert McBride have landed like a thud. Many of them are repeats of previous charges that were already thrown out of court (like Johann Booysen) or found not to be true in internal processes, as was the case with Breytenbach and her resulting acquital in an NPA internal investigation.

And so it is that the Hawks are putting an enormous amount of pressure on Pravin Gordhan, just as he is attempting the almost impossible task of staving off a credit downgrade.

As the same time, President Zuma and the Gupta family are faced with the increasingly difficult task of continuously, and plausibly, denying mounting allegations about their friendship being a gigantic profit-making scheme at the national level. Just recently, the President’s son, Duduzane Zuma, miraculously landed 26% of the Optimum mine, a massive gift that he apparently, somehow, earned on his own. The disturbing claims that the Guptas offered the job of Finance Minister to Mcebisi Jonas were followed by the revelation from a veteran ANC MP and former chair of the portfolio committee on public works, Vytjie Mentor, that the Guptas also offered her a portfolio, this time the mighty Public Enterprises, while President Zuma was in another room of the Gupta’s Saxonwold compound. (Plausible deniability is a friend to many a politician.)

Placed together with myriad proven and hundreds of as-yet-untested allegations, how is it possible that no one in South Africa’s legal system is working on at least clearing President Zuma of these seriously damaging allegations? Surely it would be easy to prove that President Zuma and the Guptas are simply enjoying their high tea in the Saxonwold garden and their soft reflections on life, the universe and everything?

As Daily Maverick’s Marianne Thamm remarks, in every normal country, law enforcement would have moved swiftly to investigate such serious claims, and would have done what they could to divert such direct threats to a sovereign democratic state.

In South Africa, the mighty security apparatus is being used to attempt to ruin the one man who is trying to help us. As in Idiocracy.

No spoilers here, but the movie doesn’t end that well. DM